Today the donsow of Karankasso and neighbouring villages celebrated the big sacrifice to the dankun, which takes place once a year. A goat was killed on our ephemeral altar of leaves and each hunter brought a hen or a cock. The way it dies gives you an indication of how the hunting season will go. Donsow can also bring kola nuts and have them split and tossed. They talk to the kola and ask for something, the way the two halves fall will reveal if you request will be satisfied. I remember sharply a man giving the kola to the person in charge of the toss, and asking for health, and to be able to feed his children. I thought what I asked for in comparison was so insignificant. I also assisted to the woroci of two new hunters, and realised with pride that I am not anymore the most inexperienced hunter in Karankasso. As you can imagine, with about thirty hunters present we had a big, meat-only meal in the bush. Sacrificial meat must be consumed at the dankun, nothing must get back to the village. Countless litres of dolo were prepared, and little whisky plastic bags were distributed. With so many drunk hunters shooting cartridges in the air, I realised what anti-bullet amulets are really for. We got back to the same mango tree where I celebrated my initiation, and danced in a circle to the sound of Diakari Traoré’s donson’goni. Lots of villagers were there, assisting, but these dances are for donsow only. These celebrations are socially more complex than it would seem at first sight. The musician is an actor in what I called the dankun network, with his praises. It is dangerous to respond too promptly to his praises or provocations, or to show off hunting exploits (including magic and botanic knowledge). In reward you can be attacked by sorcery. This is called korobo, to test someone, literally to take out what is underneath. Some songs are for the killers of certain animals only to dance, so that hunting exploits can be publicly sanctioned at the sound of the donson’goni. Diakari praised our donsoba Go-Fo Traoré and Go-Fatogoma Traoré, the two most representative hunters present. He got money and promises of meat, in exchange. I enjoyed dancing with the other donsow (one of the few times in my life I enjoyed dancing, actually) and filmed and photographed from the point of view of a participant. The sound of the donsofle, the small wooden whistle all hunters carry with them, and the explosions of muzzle-loaded gunpowder shotguns marked the music of Diakari, Bakari Ouattara and other members of Yere Majigi. This is a selection of pictures from that afternoon. 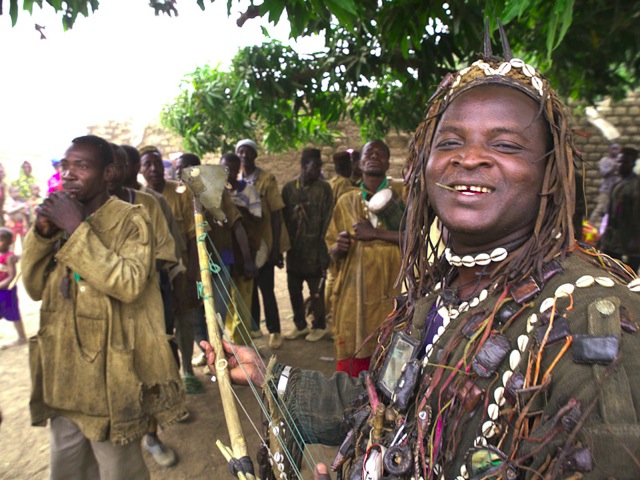 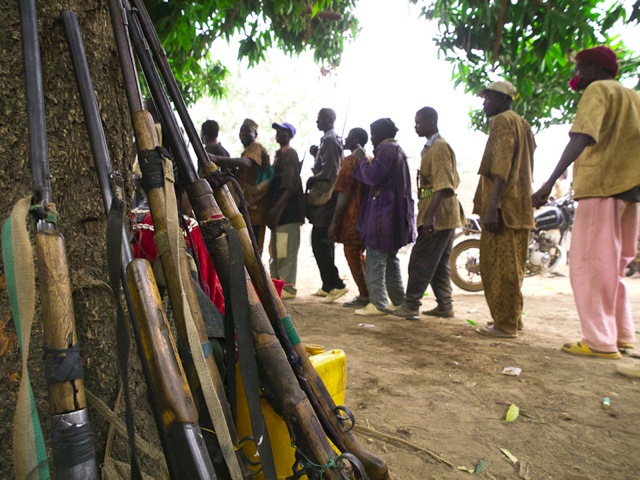 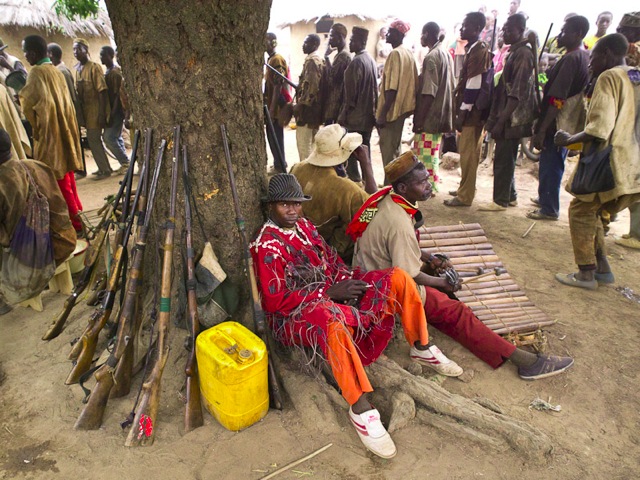 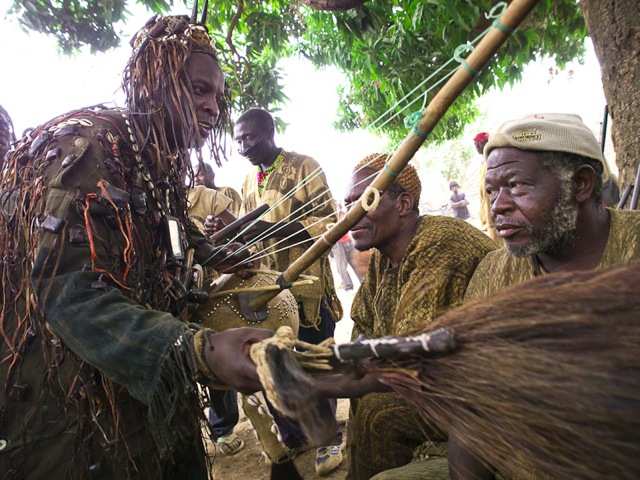 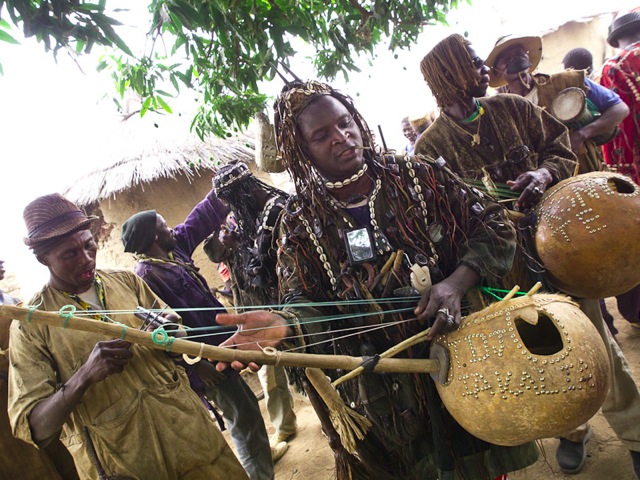 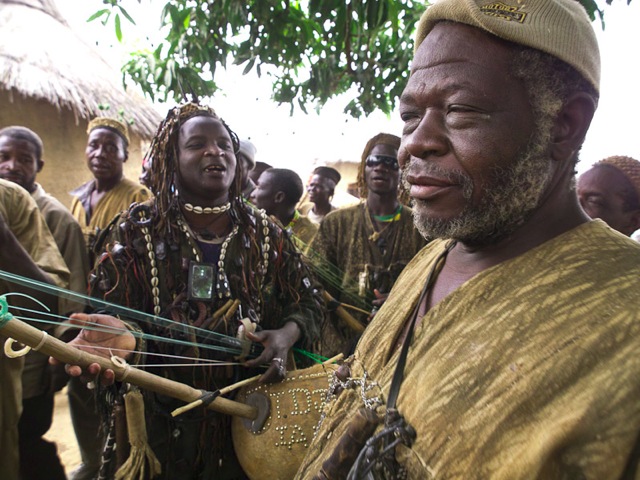 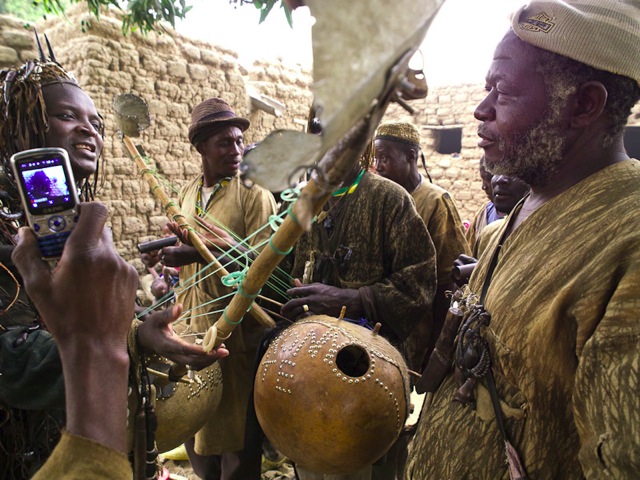 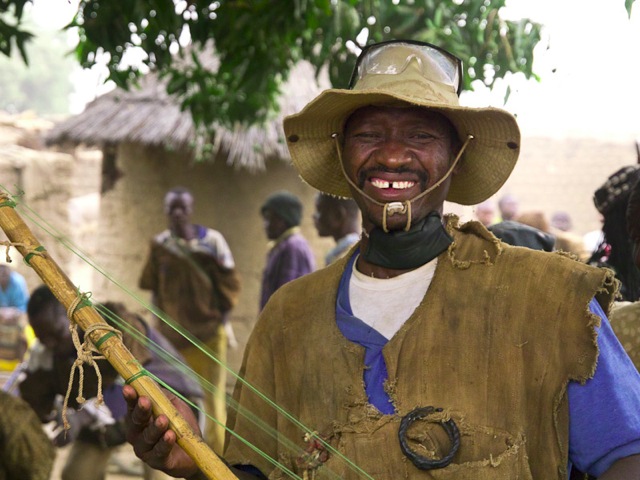 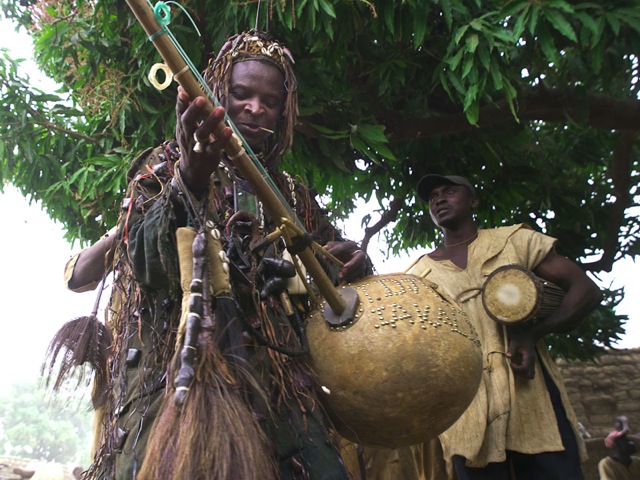 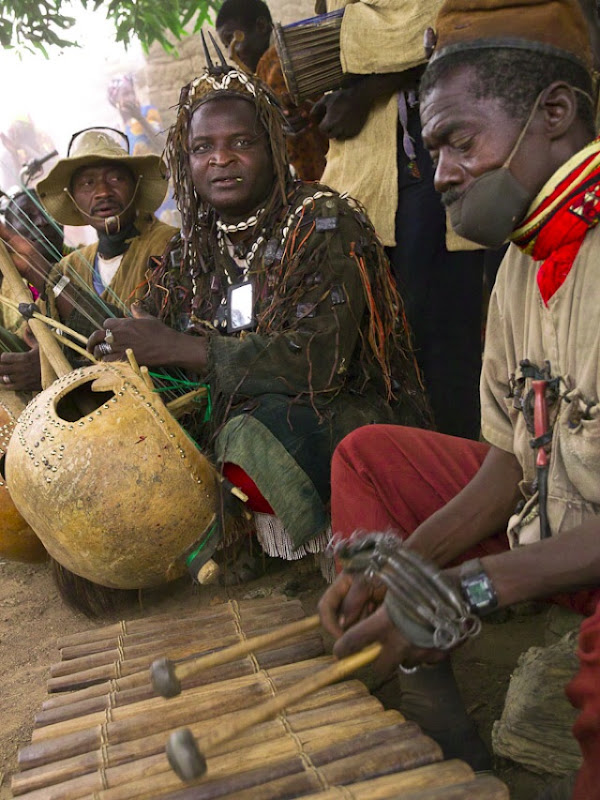 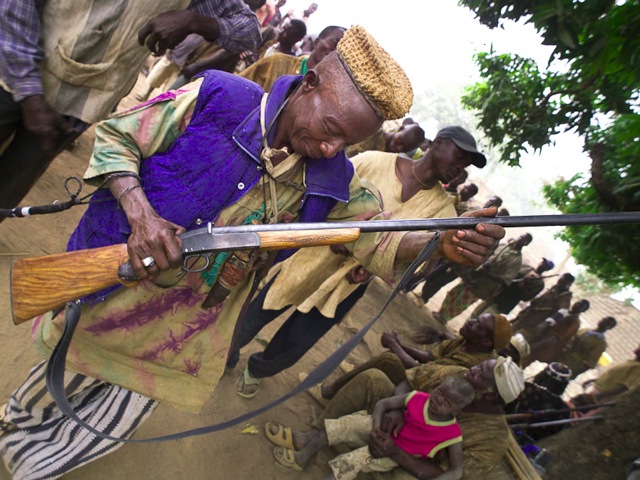 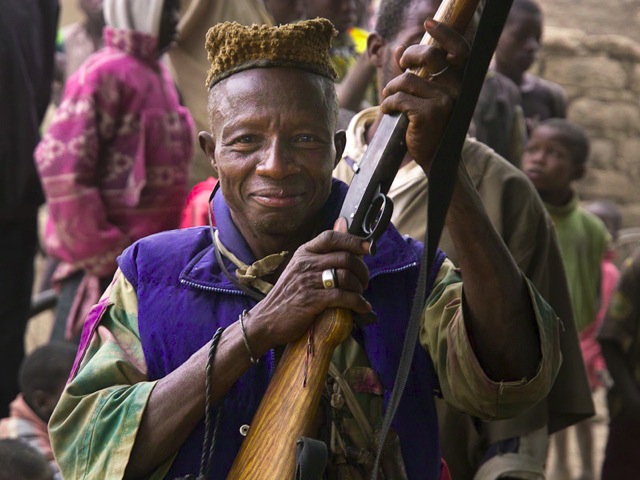 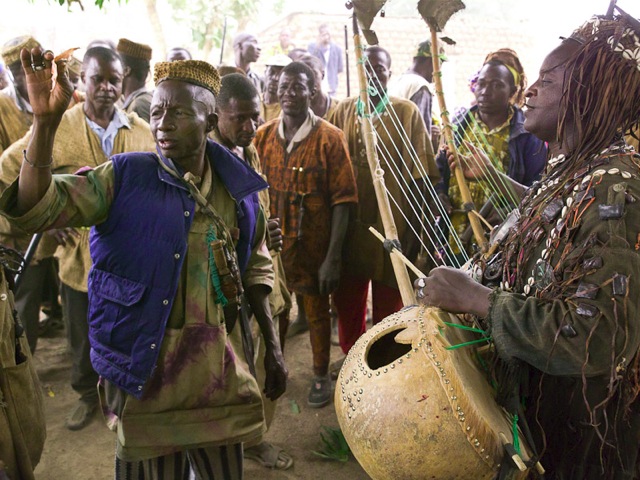 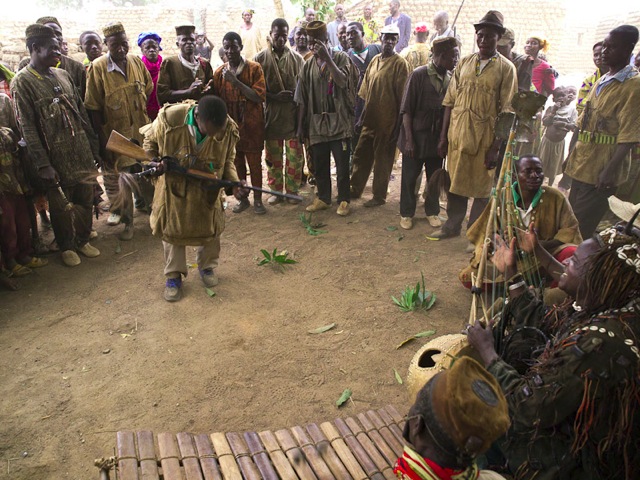 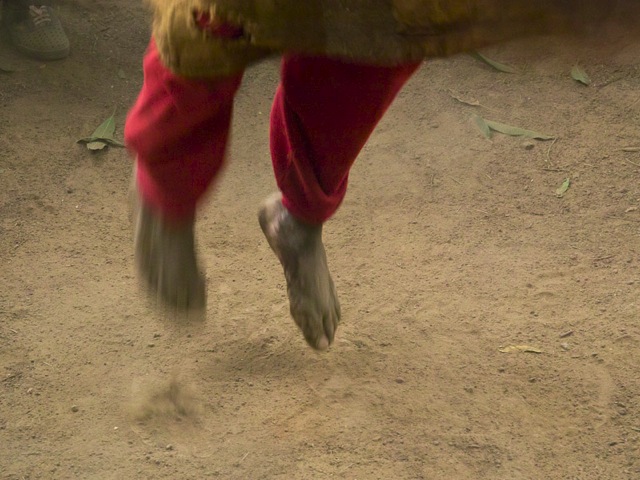 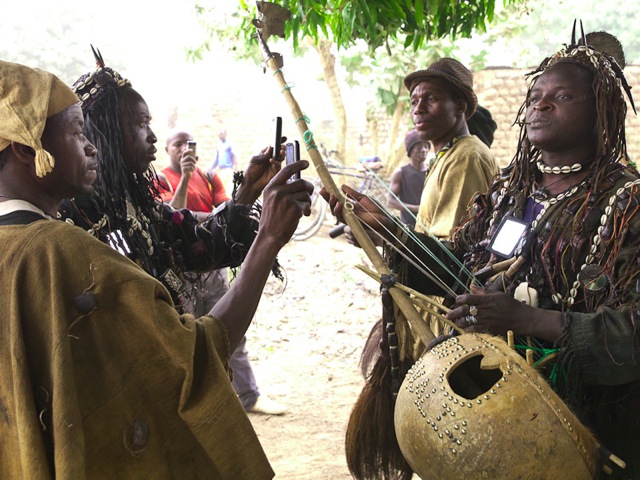