August the 16th is in many villages of Southern Italy the day to celebrate San Rocco, the medieval Saint Roch of Montpellier who preached and attended to the ill during a fourteenth century plague. The large village of Senise (PZ), in the Italian region of Basilicata, like many neighbouring settlements mixes this celebration with dances involving ex-votos made of wheat, along with the more conventional ones made of candles. It would appear that the Christian festival overlapped with a harvest celebration, most likely pre-dating it.

During the past ten years I have shot a few of these wheat festivals, mostly taking place during the month of August, some of which were already documented by anthropologist/historian of religions Ernesto De Martino and photographer Franco Pinna who accompanied him in some of his researches. As it happened for tree festivals, such rituals were interpreted as survivals of pagan times, which later on became incorporated into festivals of the Christian calendar.

I photographed the procession in Senise, where San Rocco is brought around for a very long tour of most of the village streets, lasting several hours. I used a small camera with a fixed 35mm equivalent lens, the Fujifilm X100s. Not having a zoom lens meant having to change my position continuously, especially because the procession is very large and crowded. I missed having a much wider lens, which is useful to get up close and in front of the crowd filling the narrow streets. But it was at the same time a refreshing experience that brought me back to the basics of photography, choosing the best position and running around to get the best perspective, or getting creative with the angles to include all the elements in the right composition. Also, the raw files produced by the little Fuji are a pleasure to work with, they accommodate so much dynamic range and colour information.

These photographs are part of a series on harvest rituals in Basilicata. 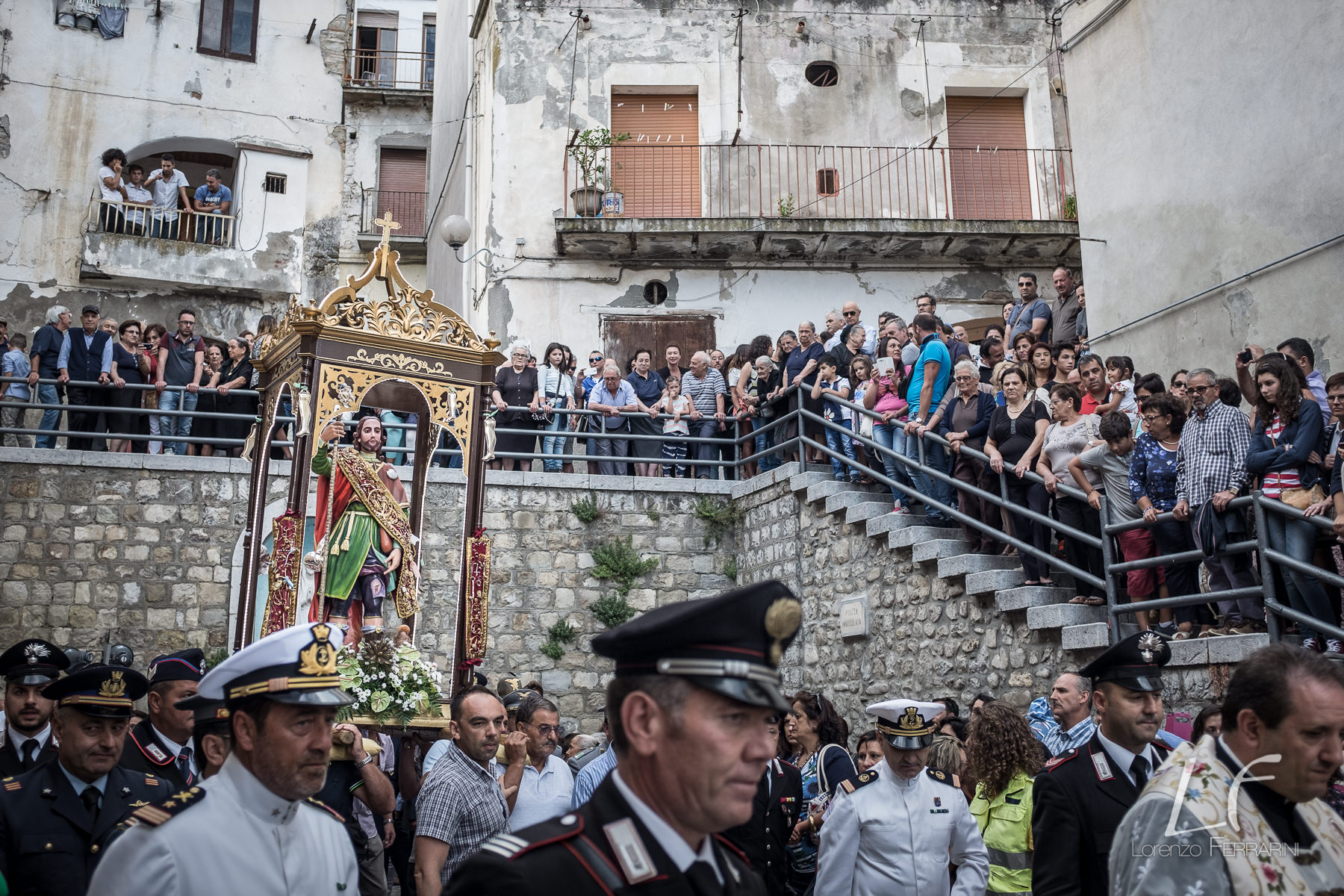 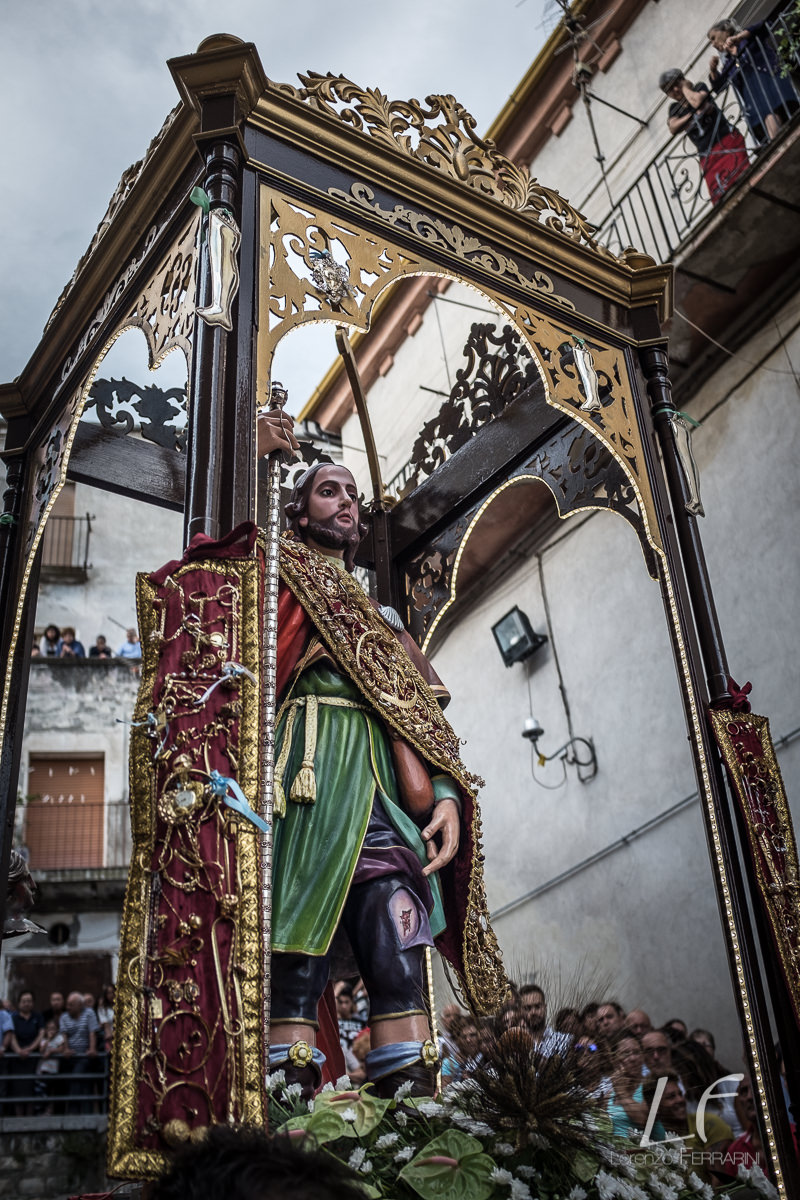 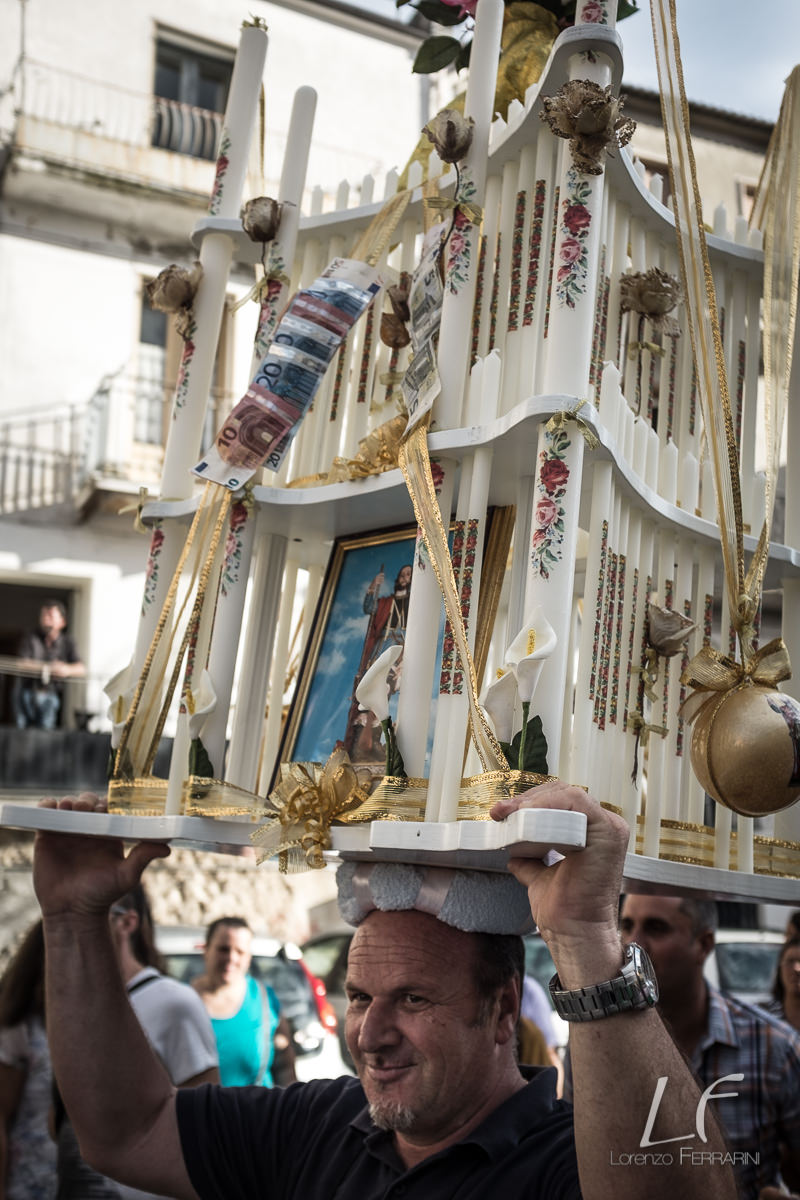 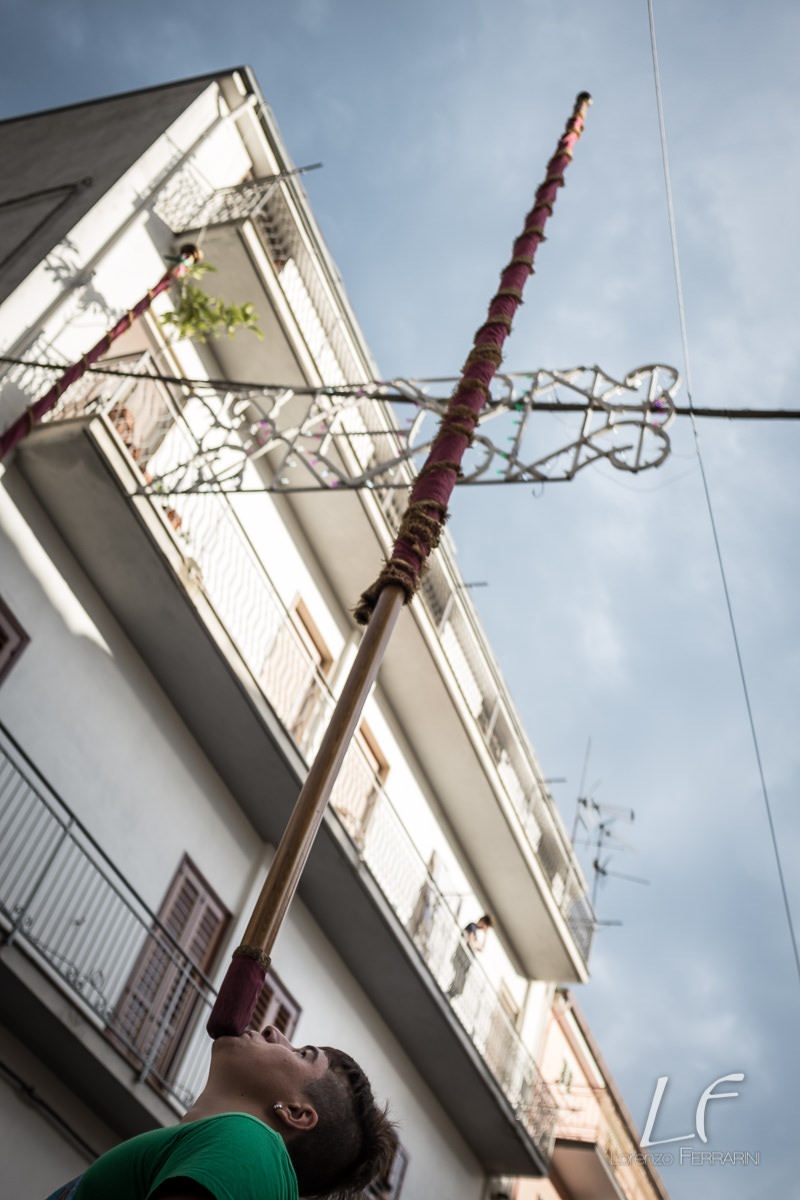 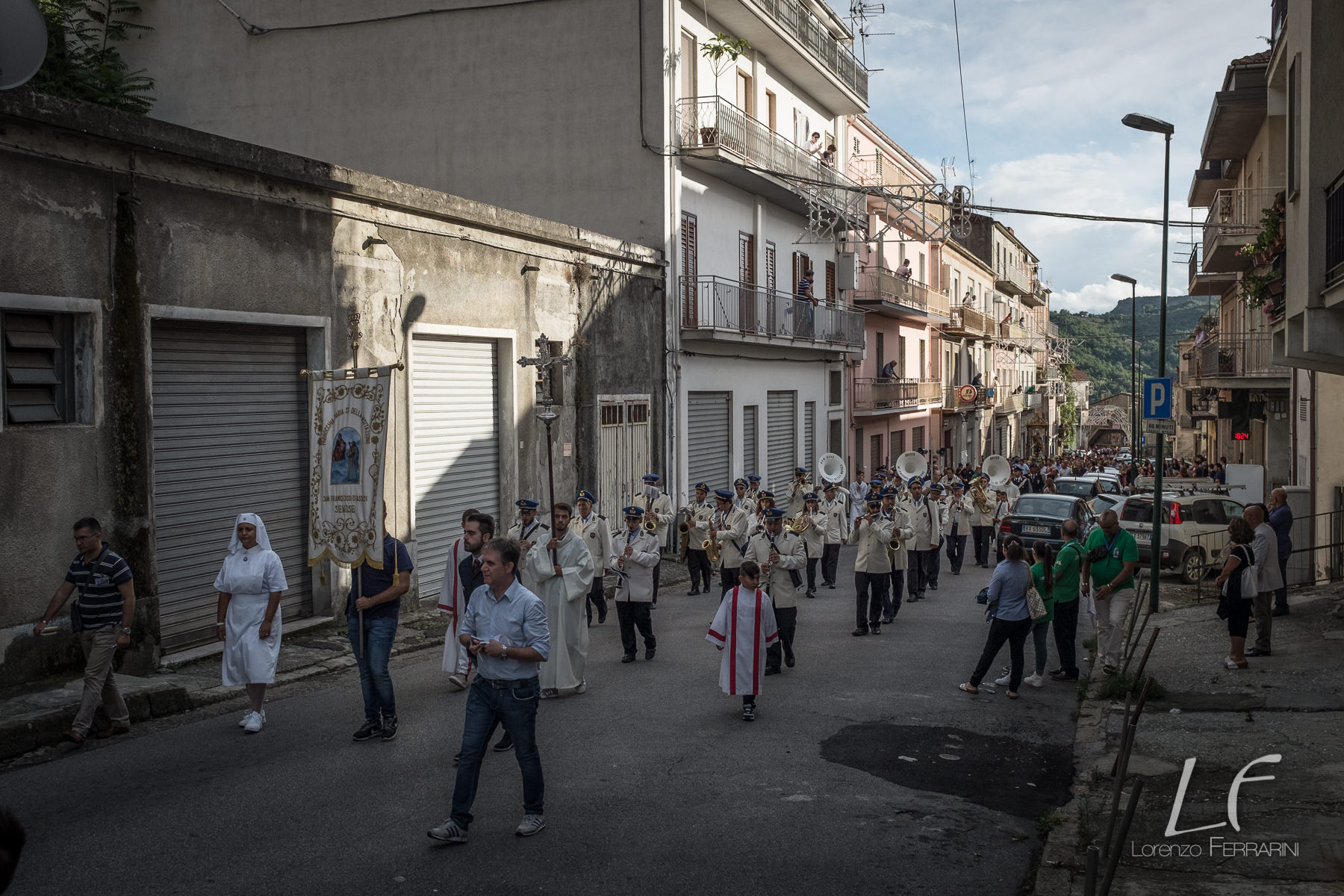 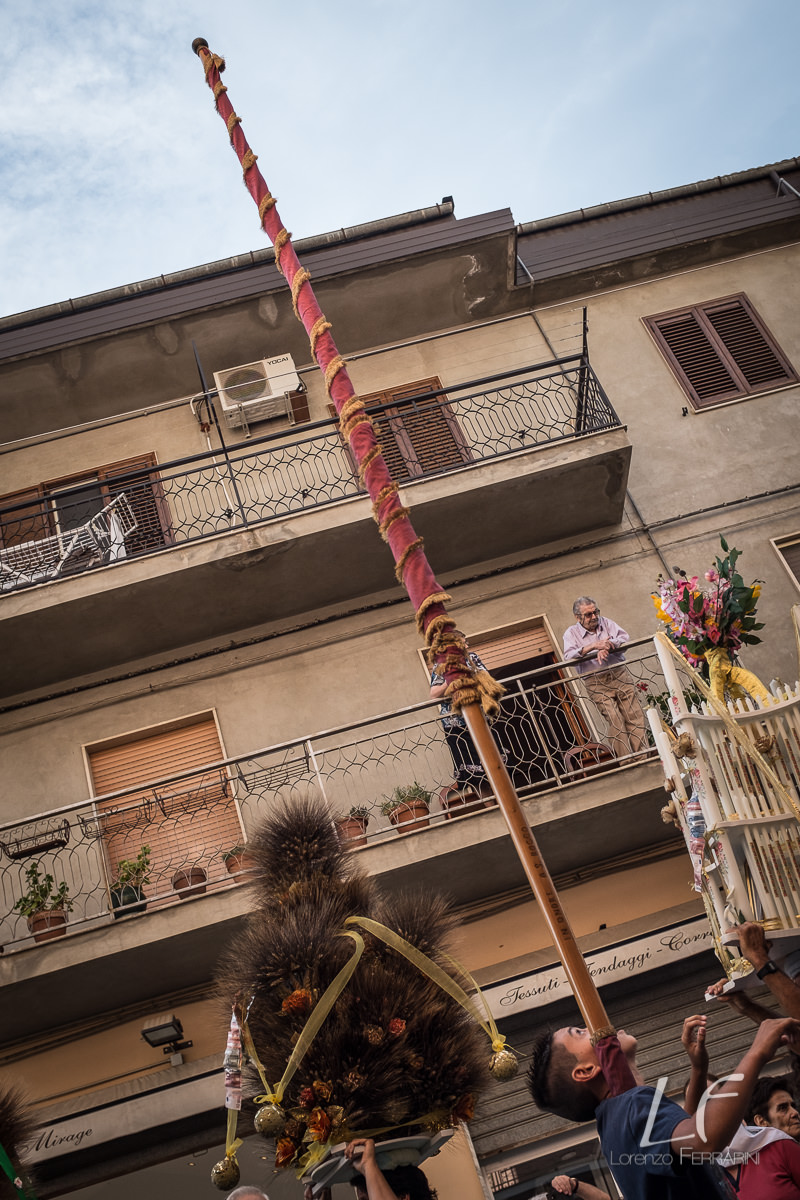 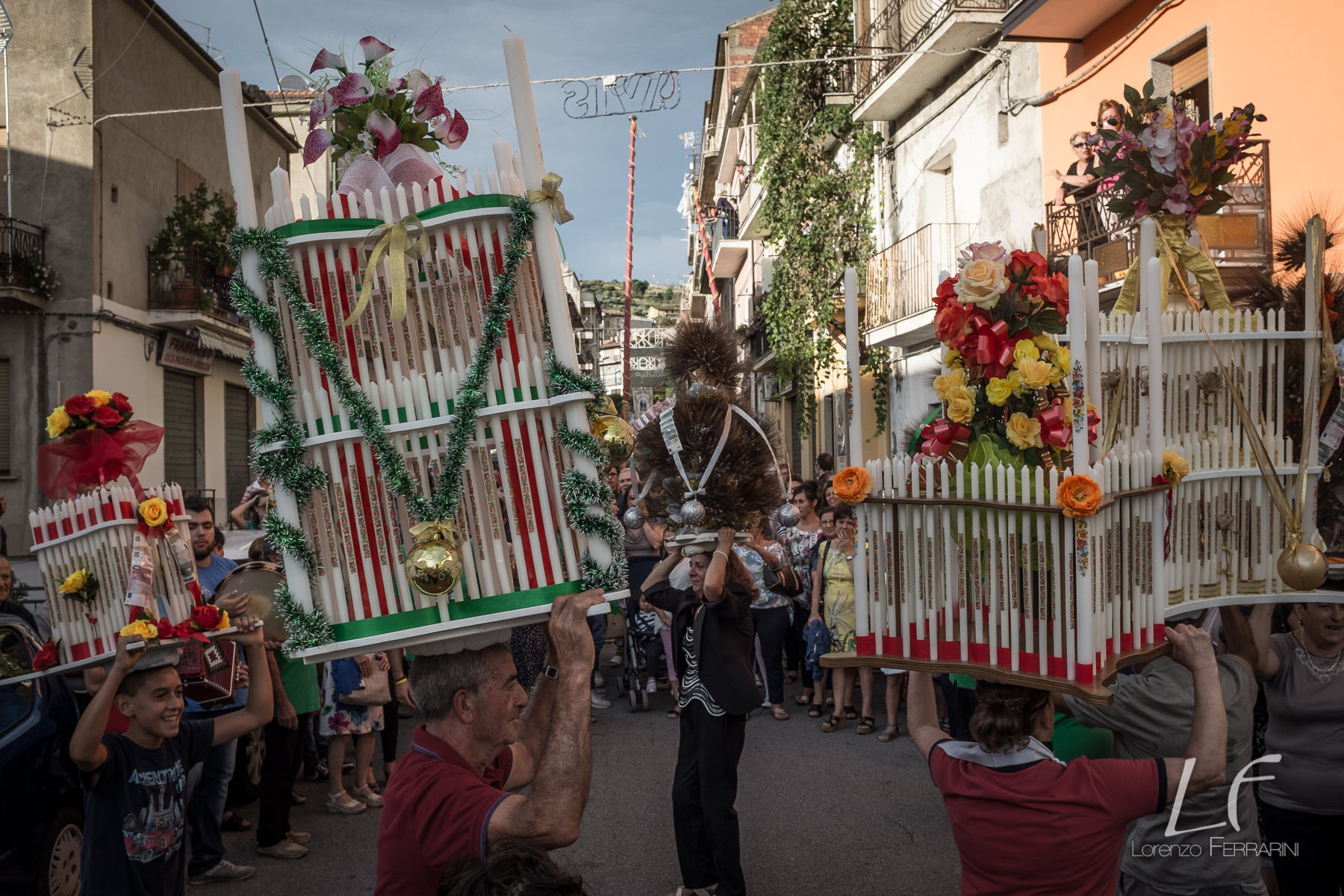 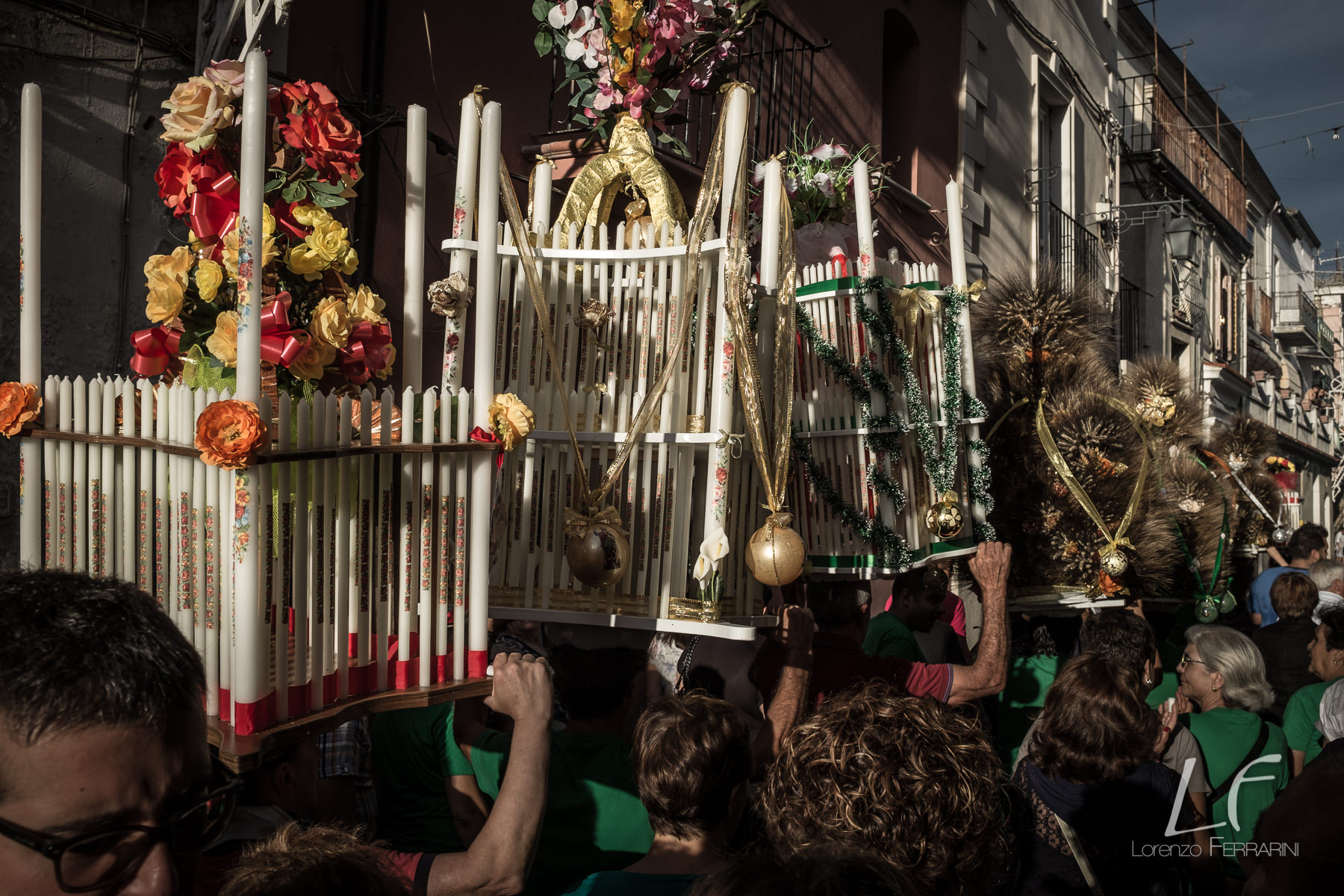 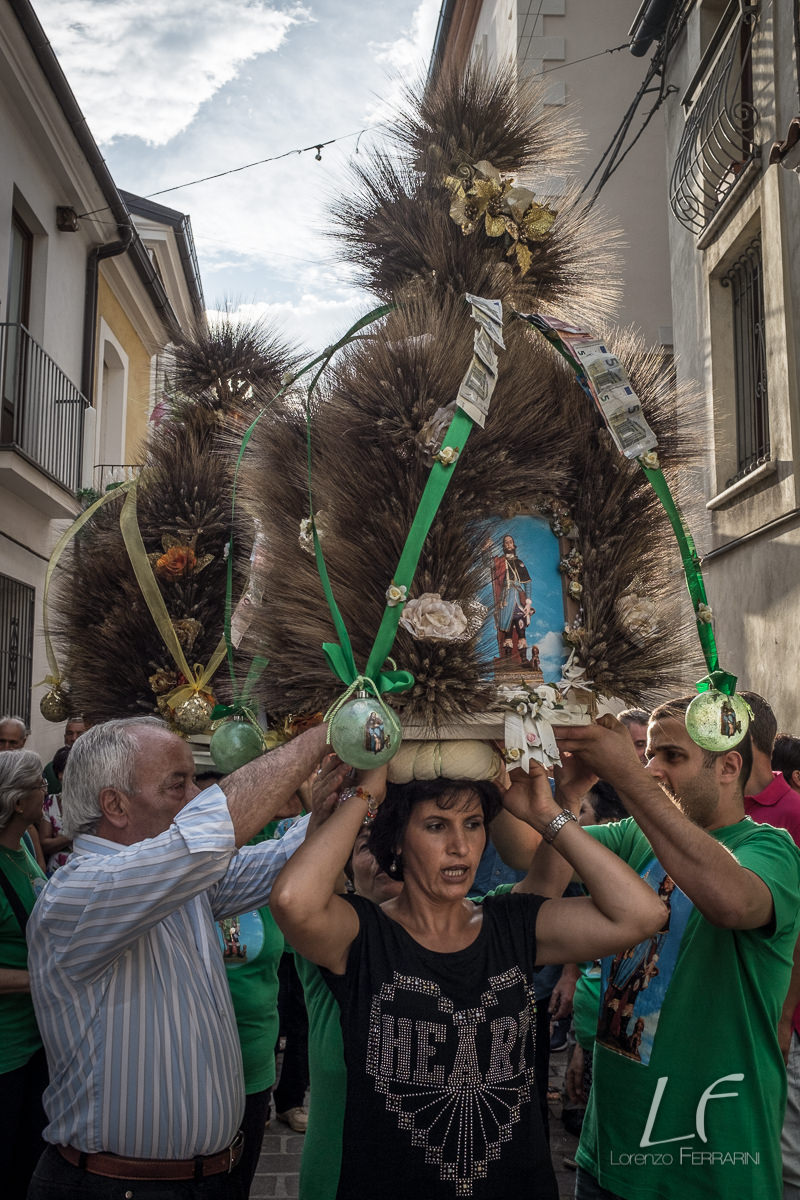 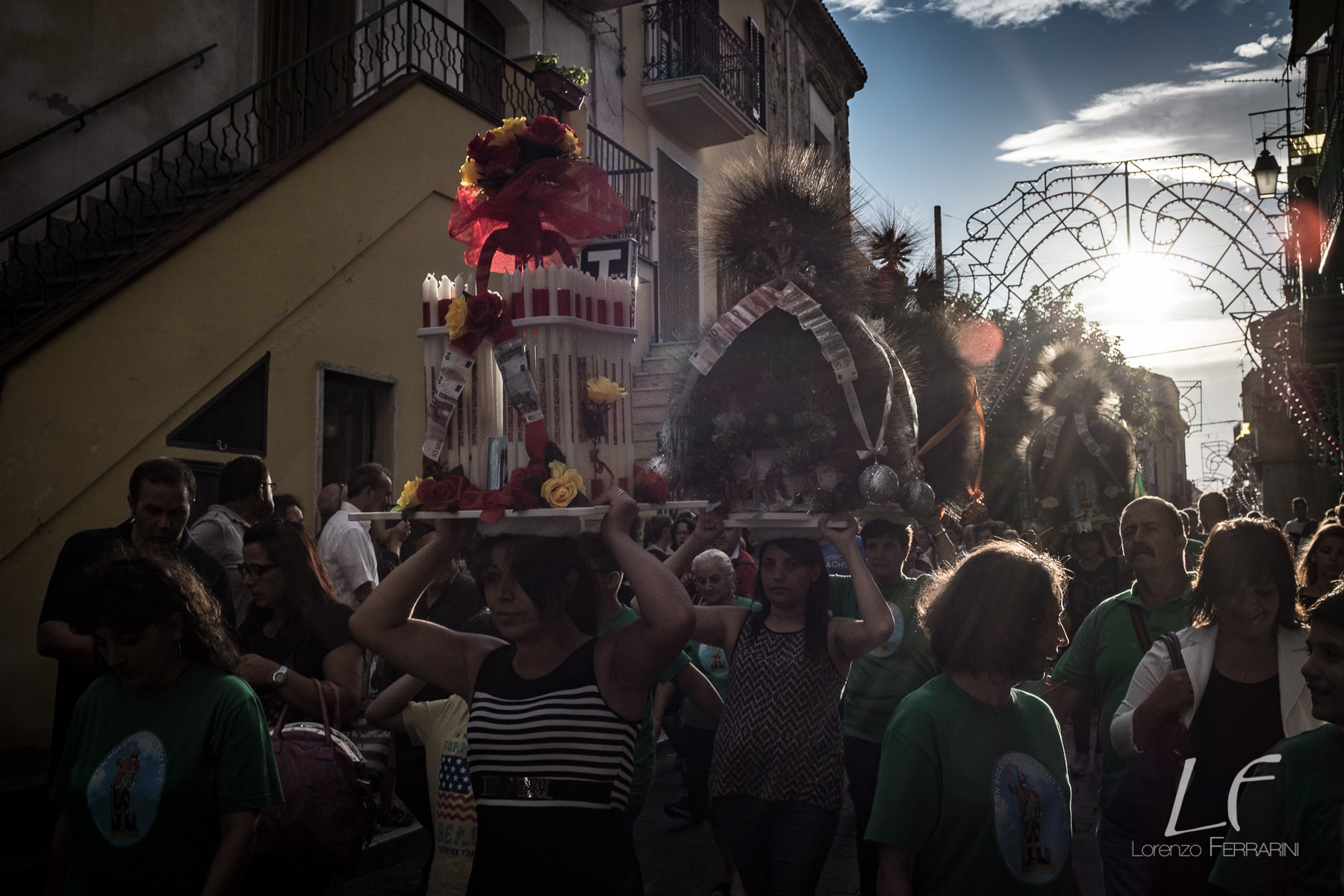 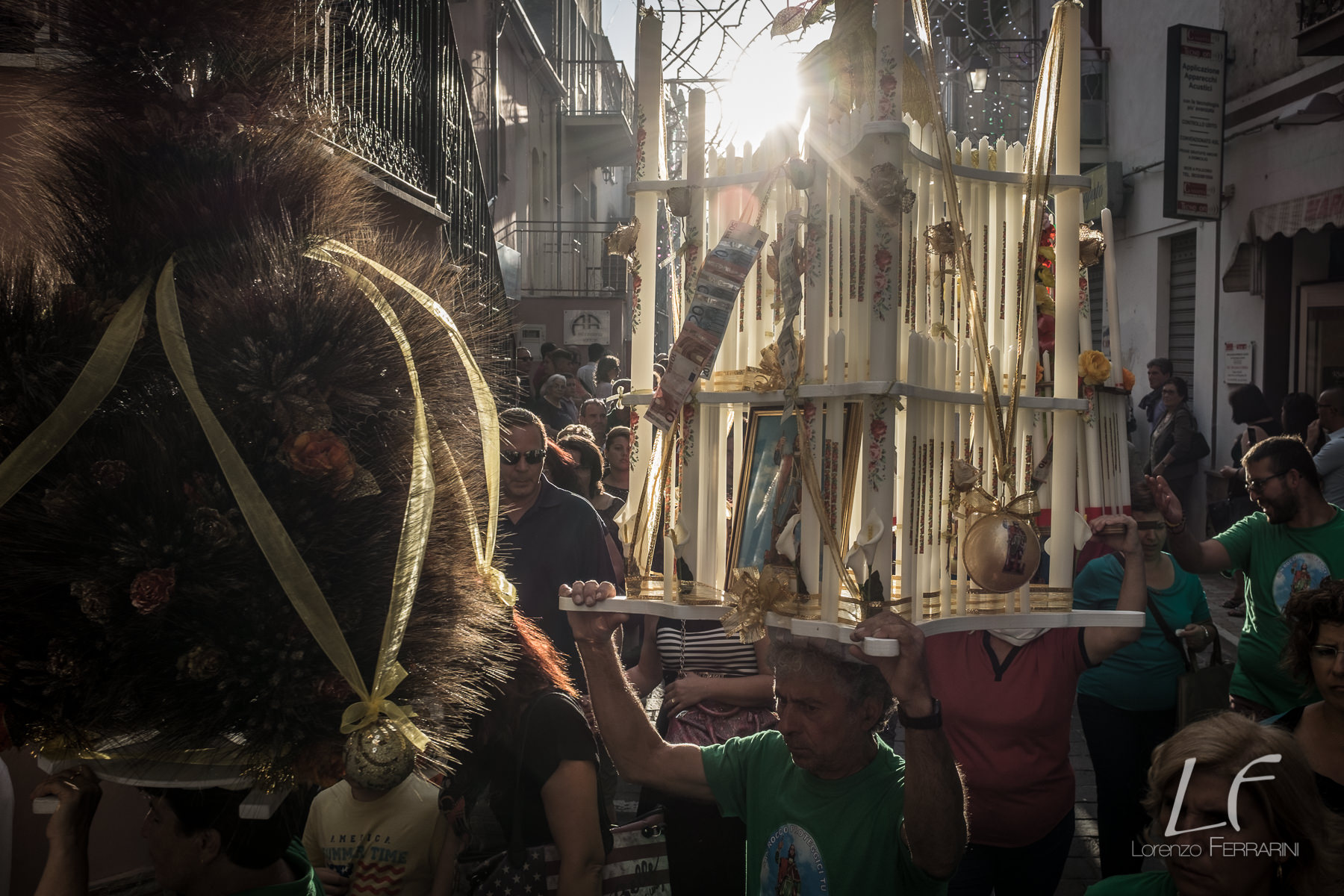 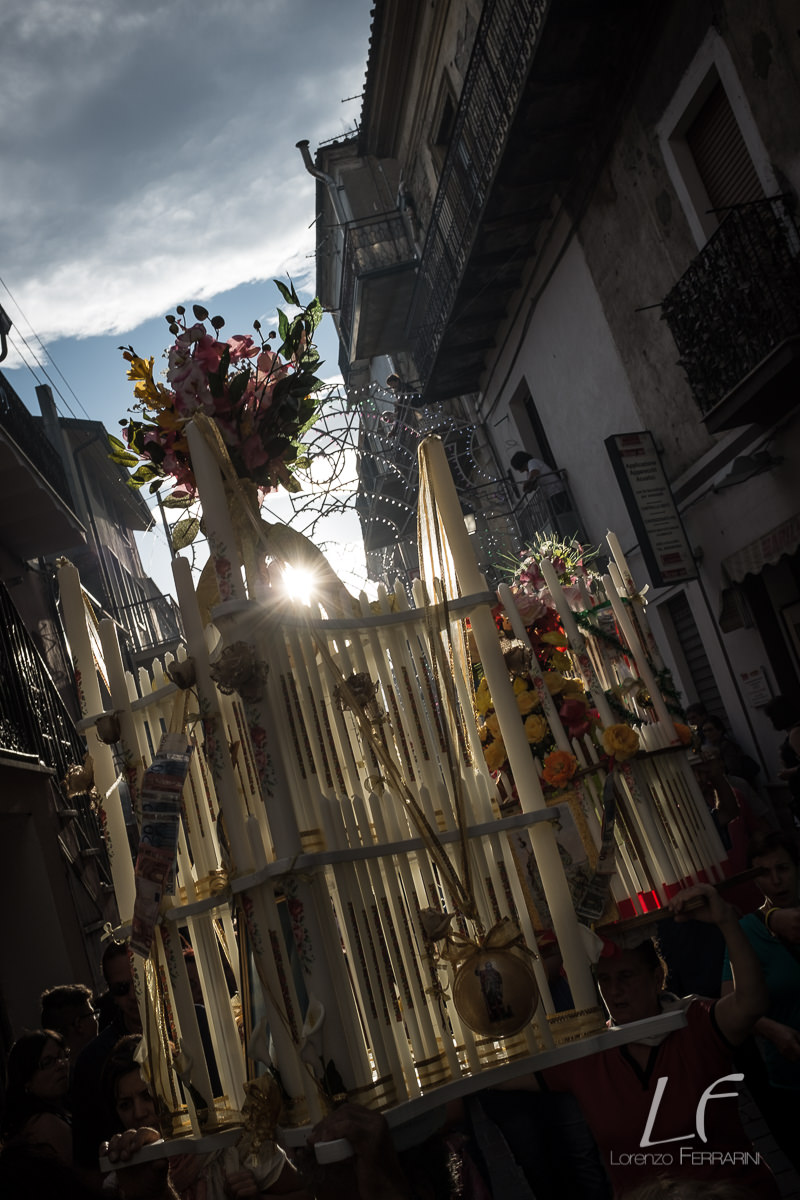 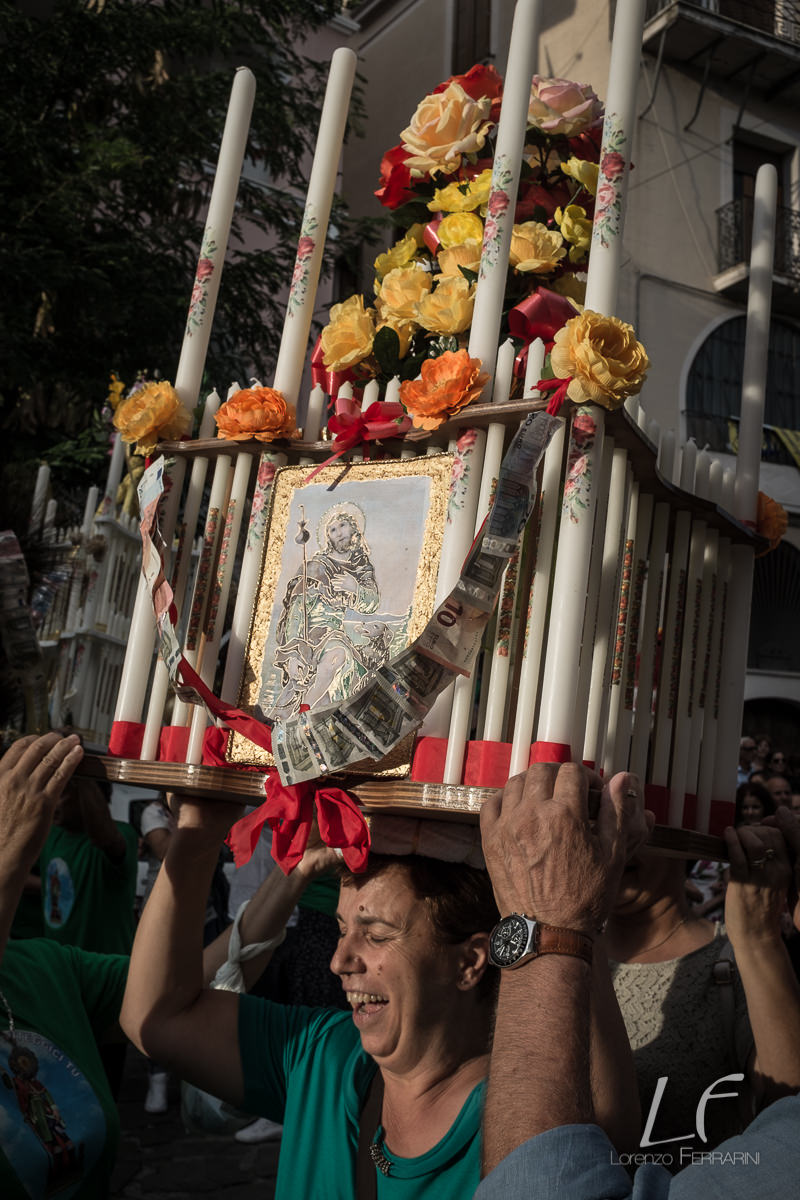 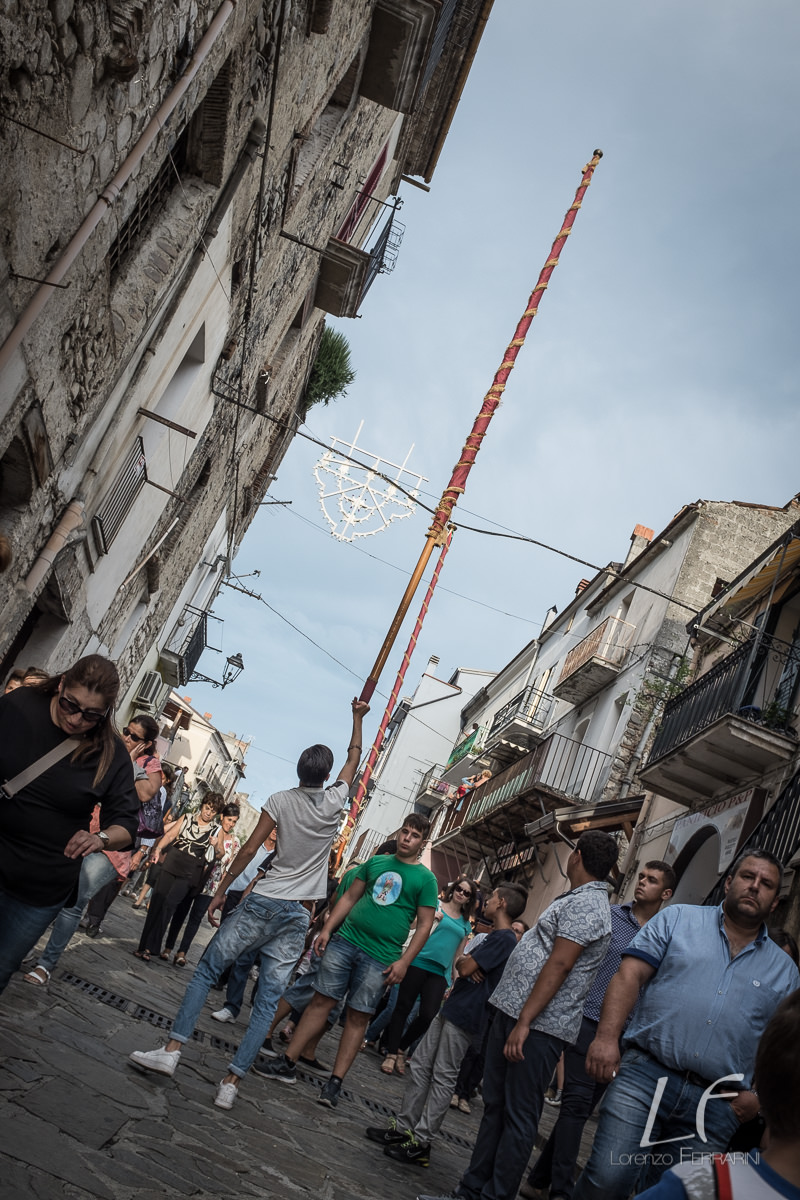 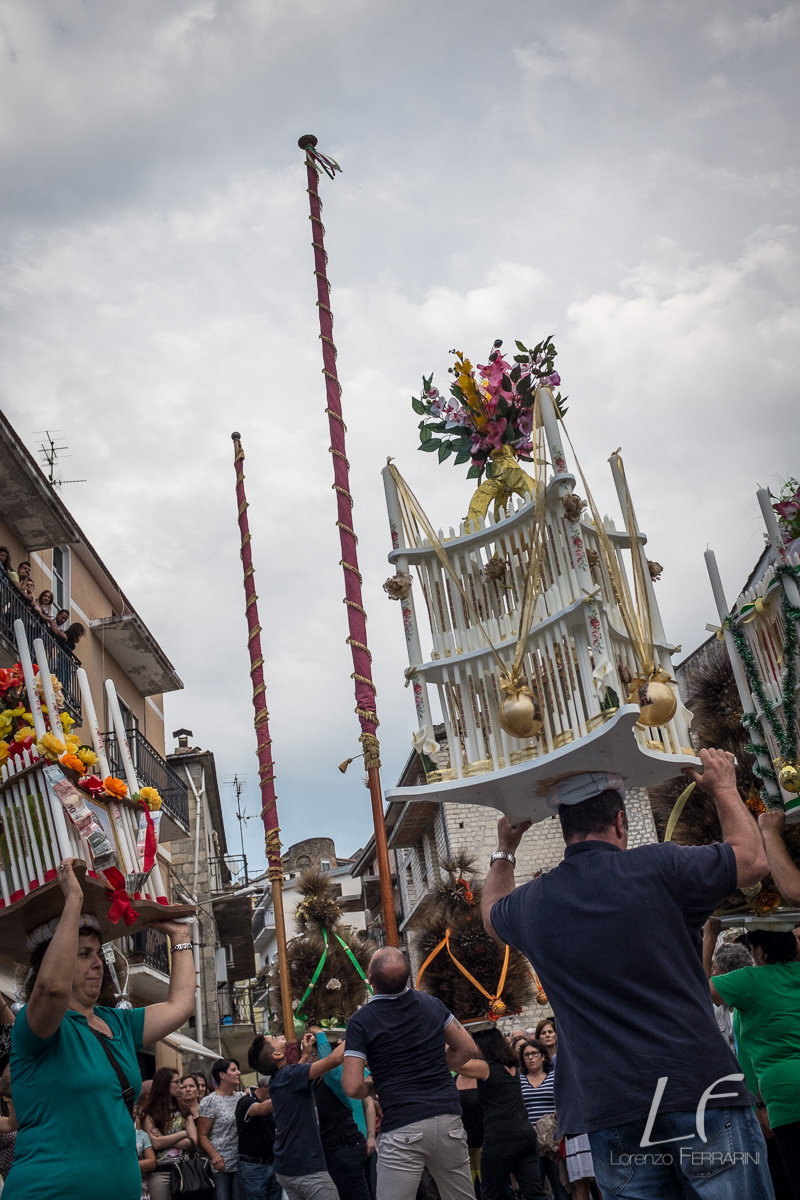 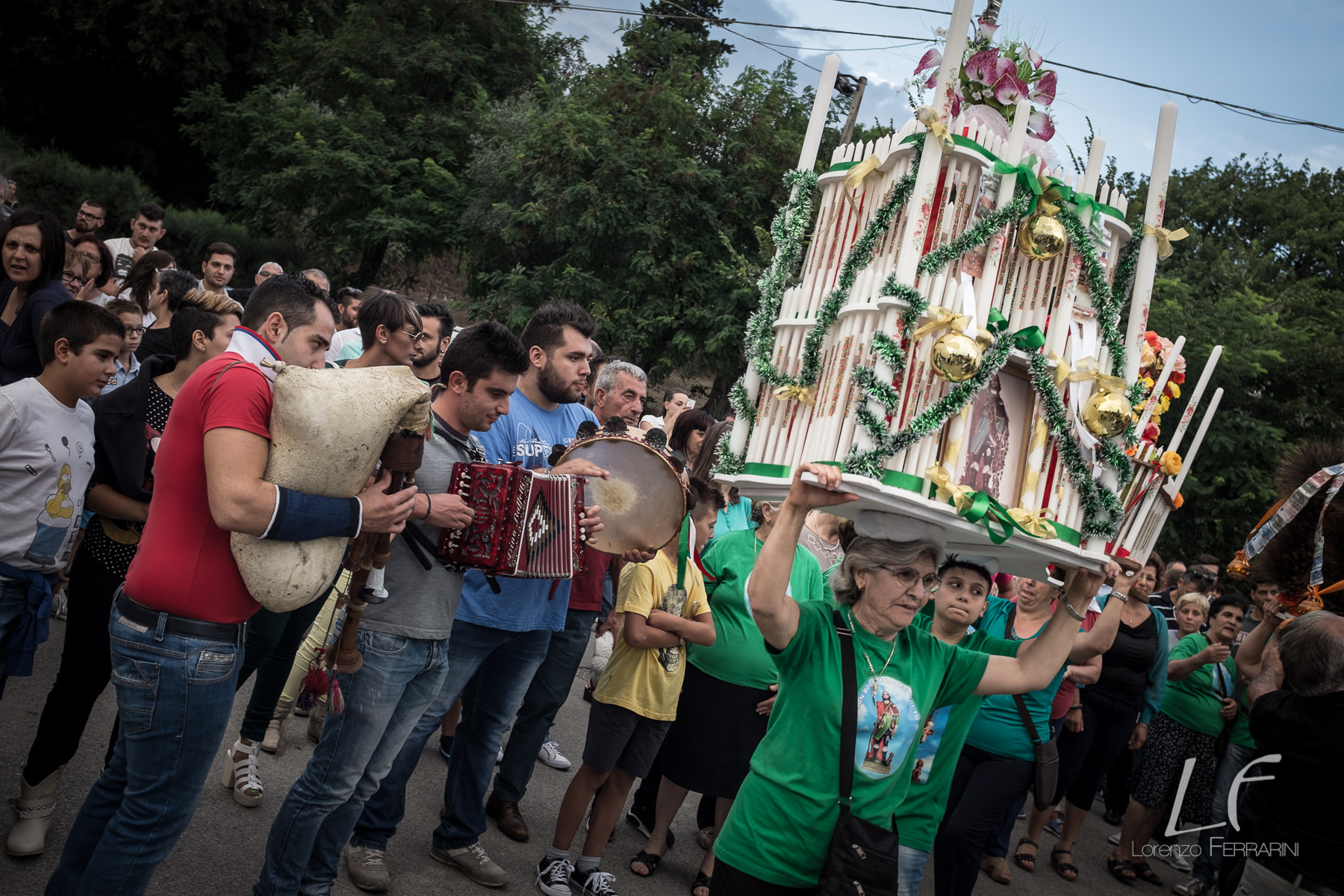 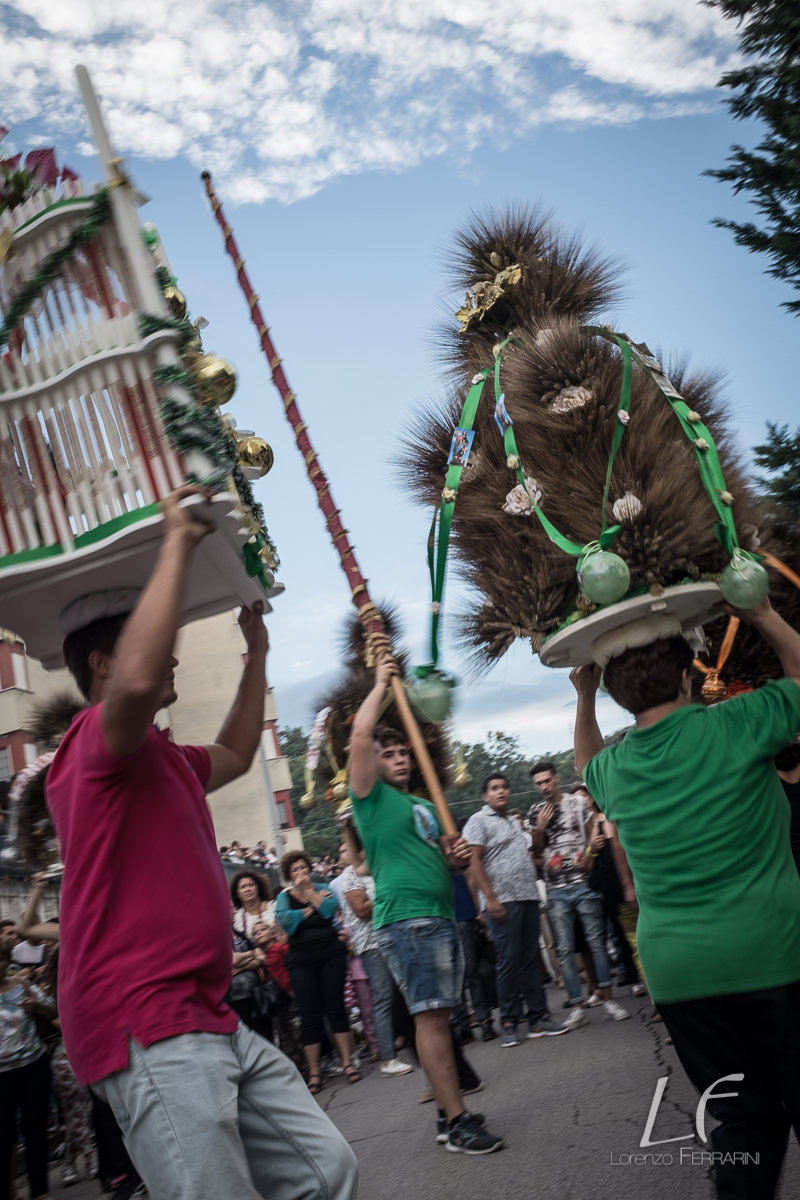 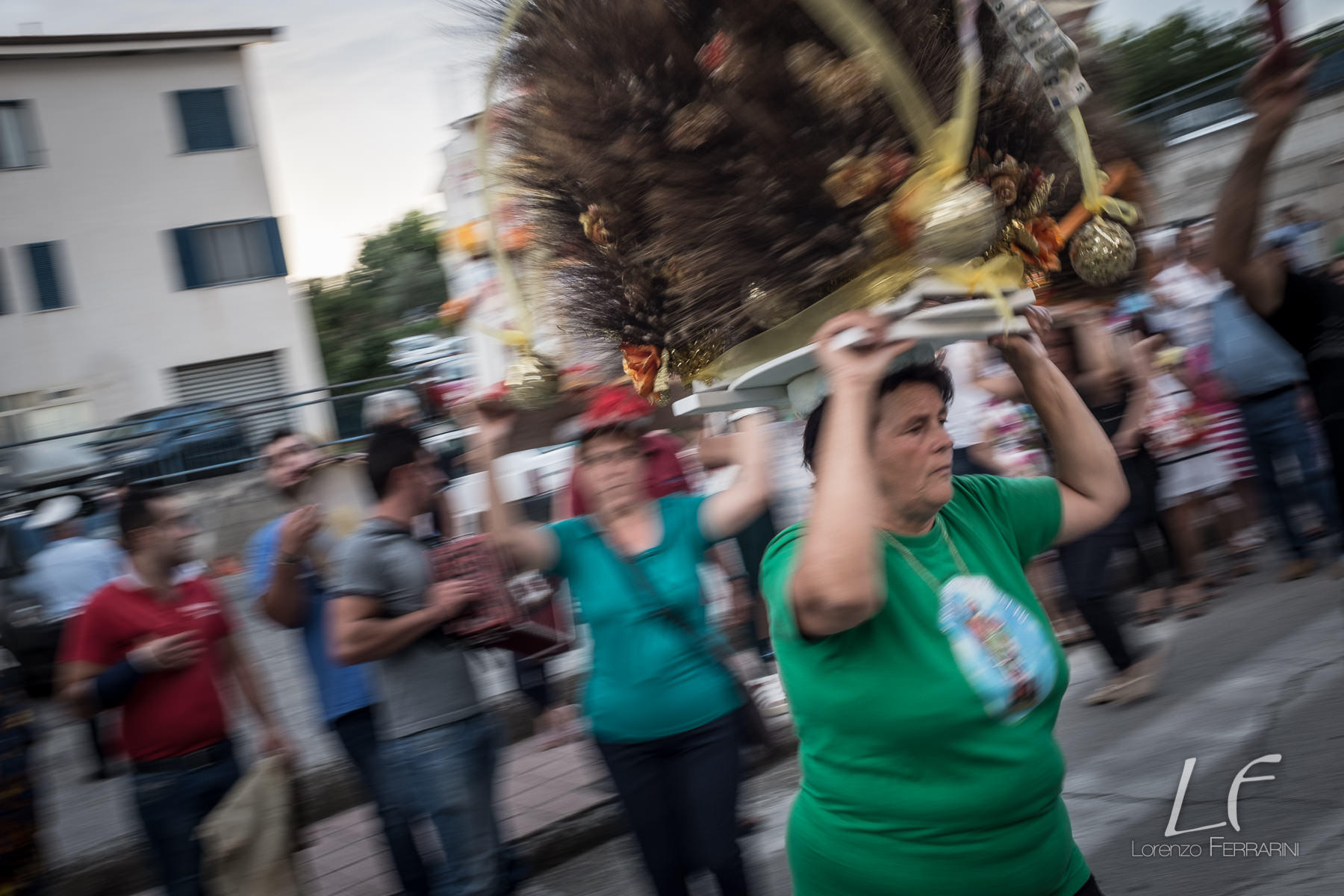 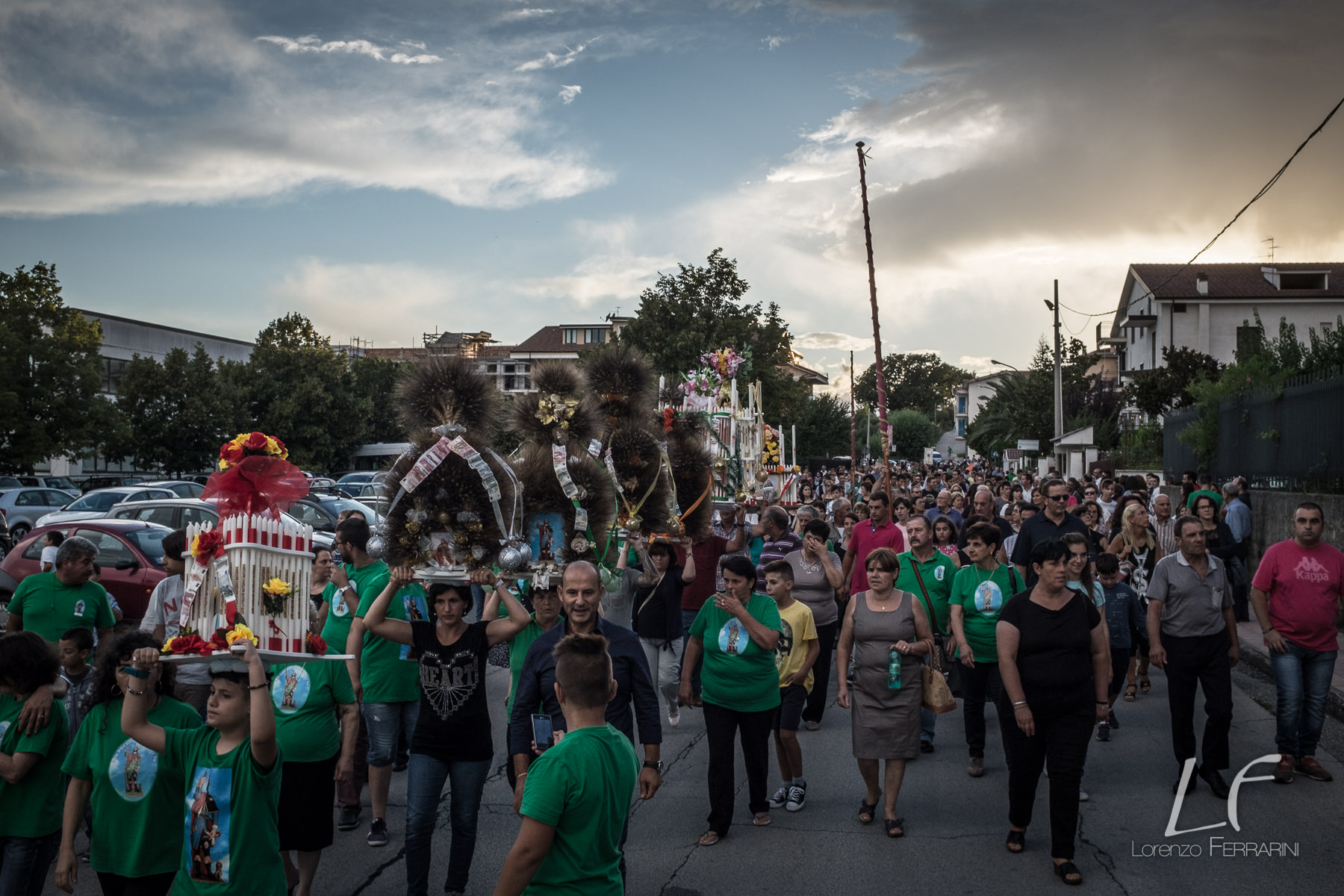 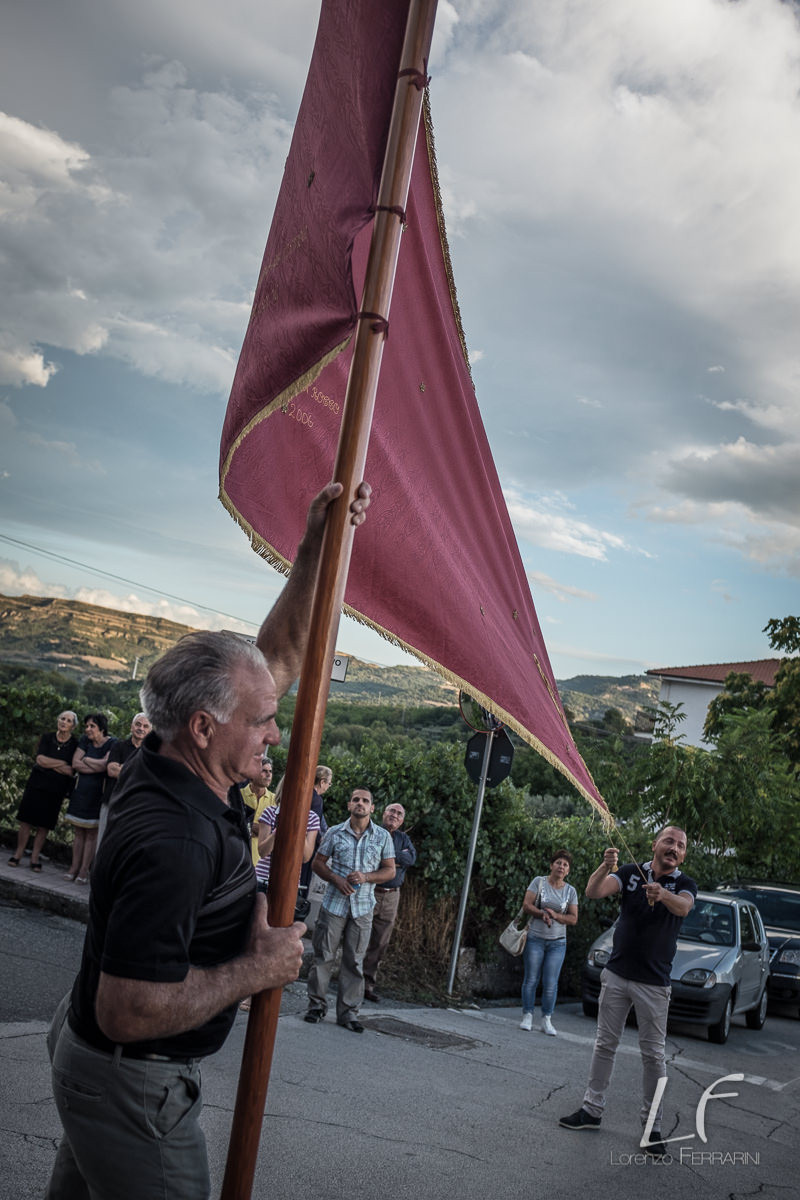 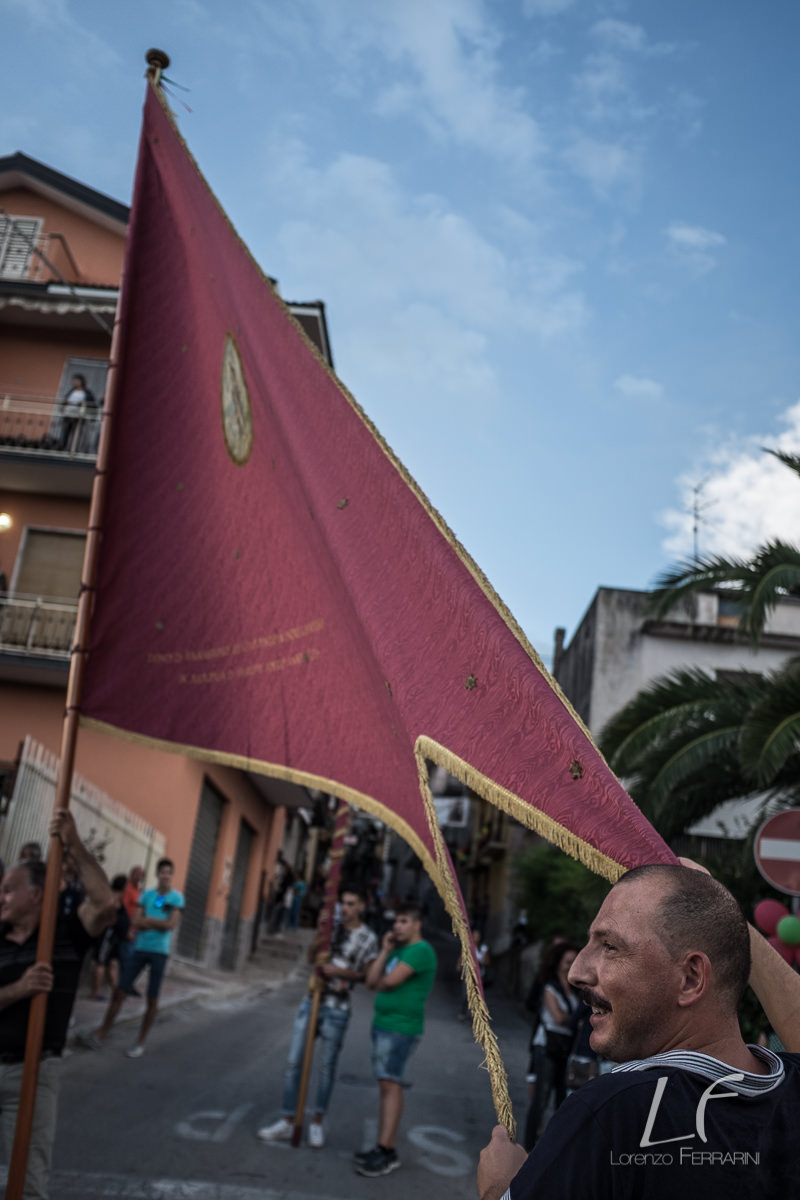 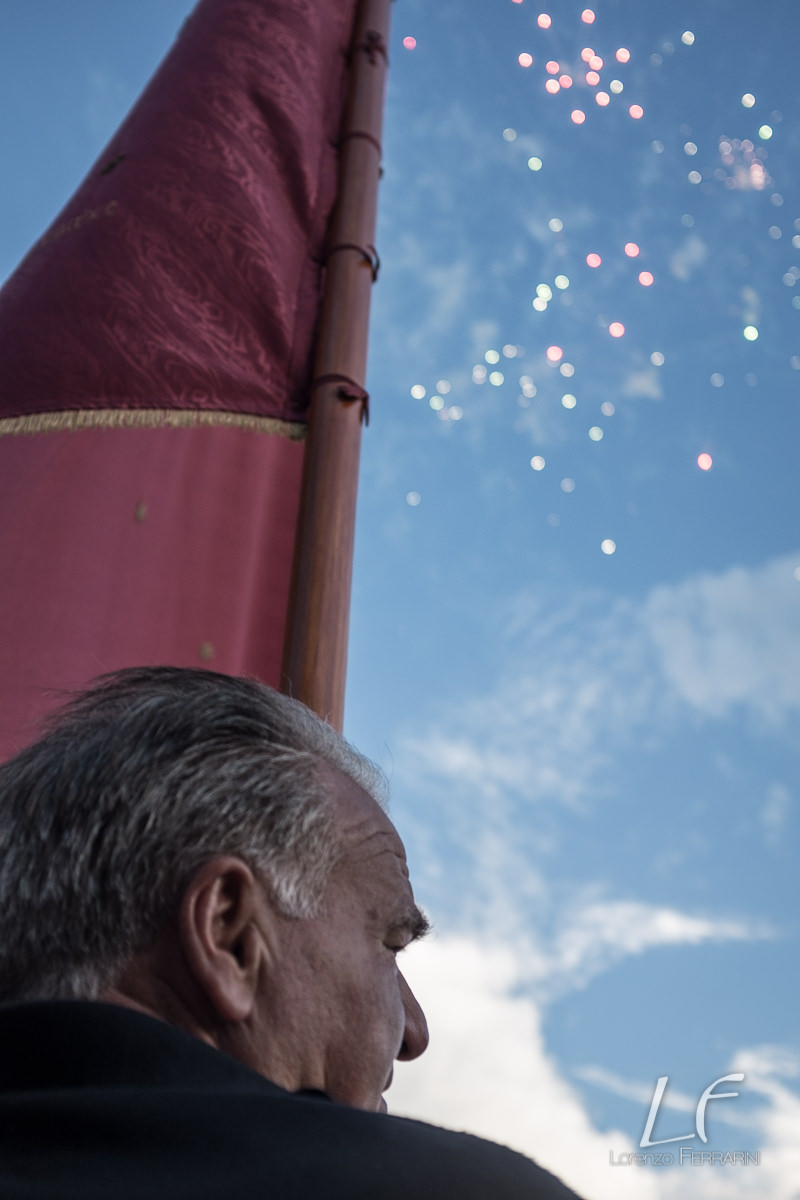 back to news
← previous postThe Taxidermist next post →Testing the Panasonic GH4 and Olympus 7-14/2.8 on the DJI Ronin M