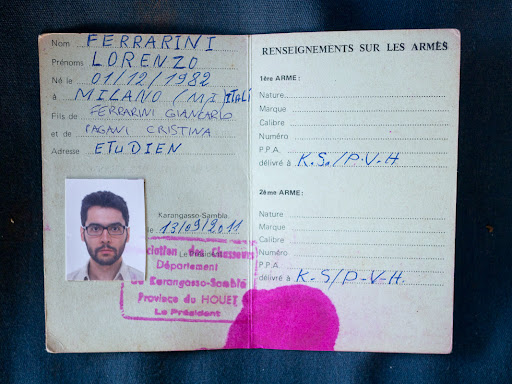 Today I was initiated to the hunting association of the village I’m living in. I was expecting the moment of initiation to come after a period of apprenticeship, but apparently here the use is different from what I read. They prefer to let you into the association first, as a way of submitting your subsequent actions to a well established frame. In other words, now that I am a donso I have to respect  a whole set of rules and authorities, so my apprenticeship starts now under the wing of the association. Furthermore, the sacrifice and divinatory procedure that constitute the centre of the initiation ritual allowed to establish whether my intentions are good or not, and if I have been cursed by a relative in the past. The head of the local hunters, the donsoba Go-Fo Traoré, called all the members to a meeting. I hired musicians from a nearby village, and bought ten kola nuts, a hen and a cock. Accompanied by the music of Bakari Ouattara, playing donson’goni and singing, we marched to the split in the pathway where hunters have their sacred place, the dankun. Here the donsoba and Go-Fatogoma, the most experience hunter, made a sacrifice. They split a kola nut and threw it, the way it fell said I was accepted. Then they sacrificed a hen and a rooster, the way they died said I came with good intentions and everything will go well. The had me shoot a blow with a shotgun and dance. I was able to film and record sounds throughout, for the donsoba believed in the motivations behind my study. All this was possible thanks to my sababu, the person who introduced me in Karankasso, my friend Abdoullay, and thanks to his uncle Lasso, here with the hen and cock for my initiation ritual. 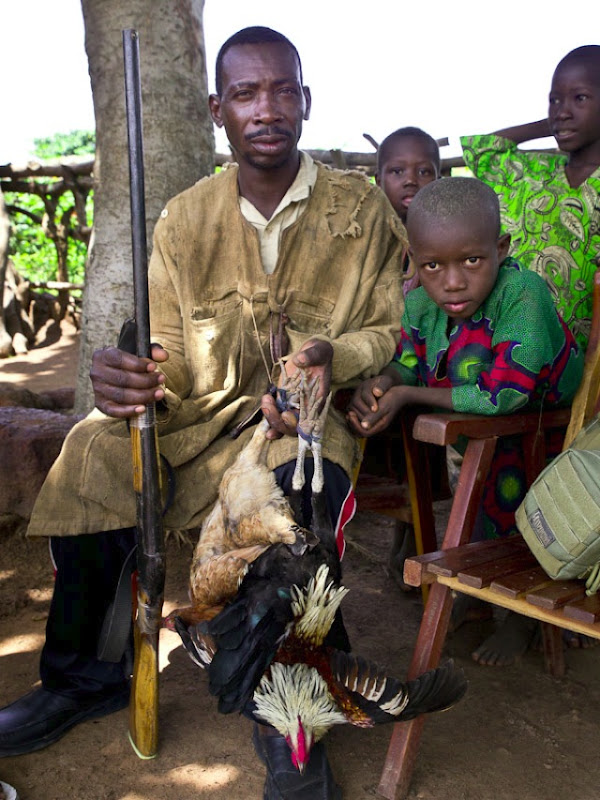 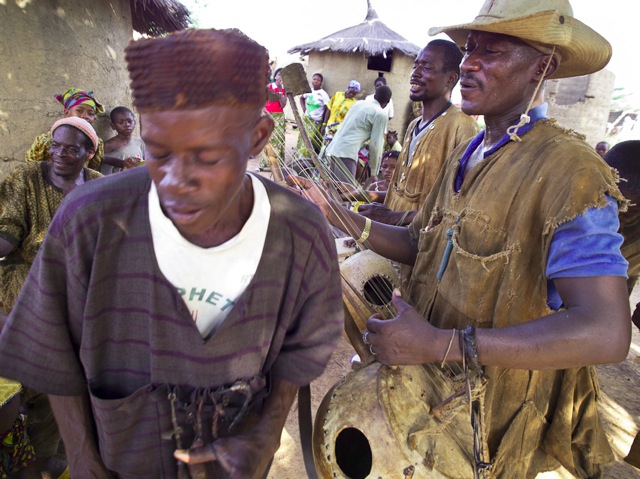 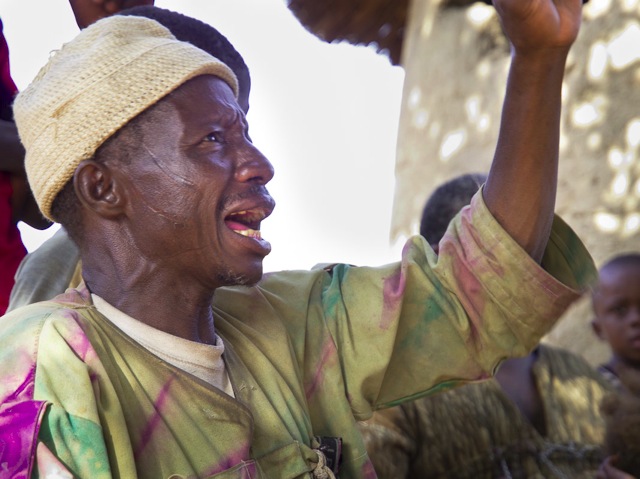 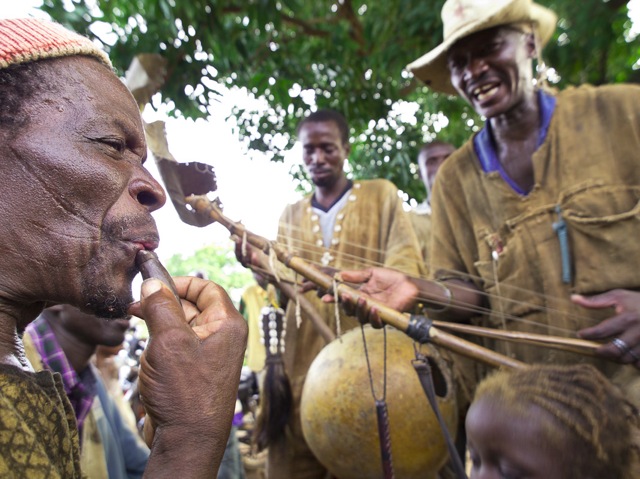 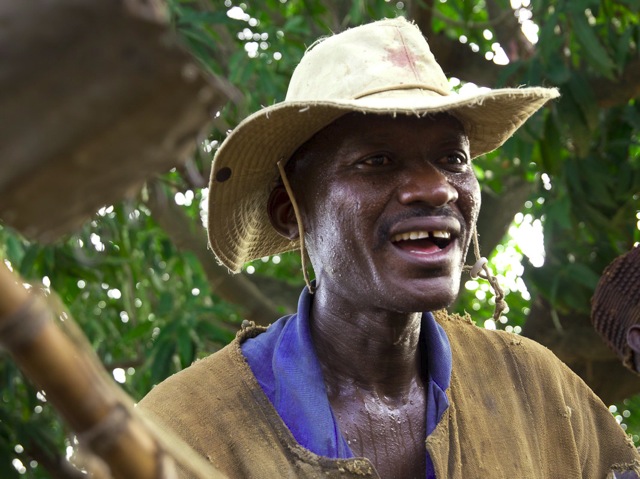 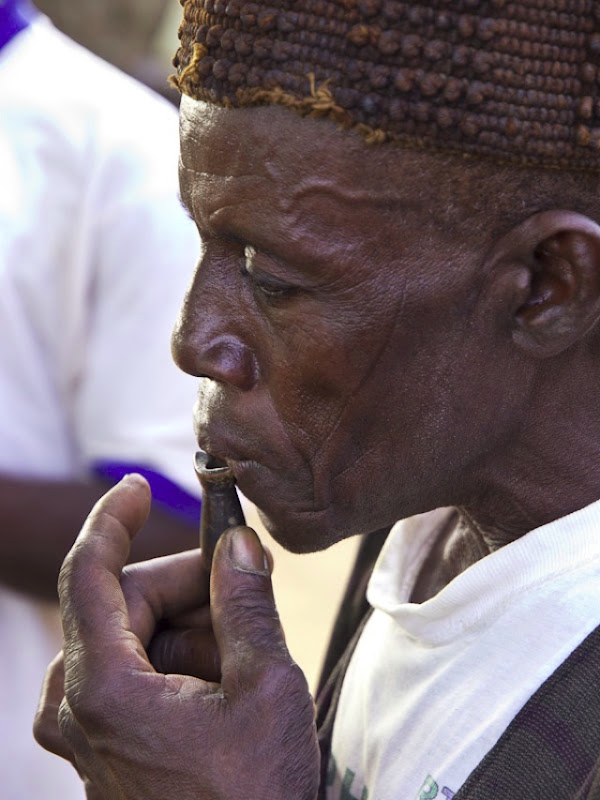 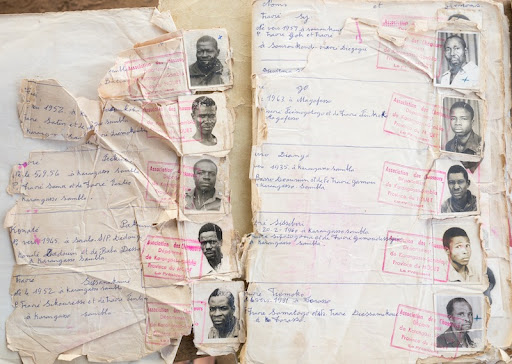 I am now starting to learn about donsow here in Karankasso. There is a local association, founded in 1978, and Si-Lamoussa Traoré is the secretary. Thanks to him I was able to photograph the register of the members, starting from the foundation year. The constitution as an association allows to negotiate with the state permits to hunt, and is a phenomenon that invested many regional hunting brotherhoods once West-African states started to regulate hunting. The register is a fascinating document, and to see my picture and name on the last page gives me a strange sense of intrusion. But the order of the pictures and names on those old pages is very meaningful, for among donsow one is respected according to the seniority of his initiation. Young people can, paradoxically, be more influent than their own fathers. Si-Lamoussa also talks about the days he started to hunt, in the 1980s, and the kind of animals that it was possible to find at the time. He also mentions the fact that sometimes donsow in Karankasso perform some police tasks, for example they detain thieves waiting for the police to come from a distant village, or supervise the payment of fines. As for me, I’ll start to hunt soon, but at the moment everybody is very busy with agricultural work. It is the time of the year that seasonal rains are about to end, so the time to harvest approaches. More or less everybody here is first of all a peasant, and in case also a hunter. Only a few persons in the past would make of hunting a full-time profession. The dry season is the best moment for hunting, especially from January to May, but next month I could go to do some night hunting with Lasso, as soon as I get a shotgun. 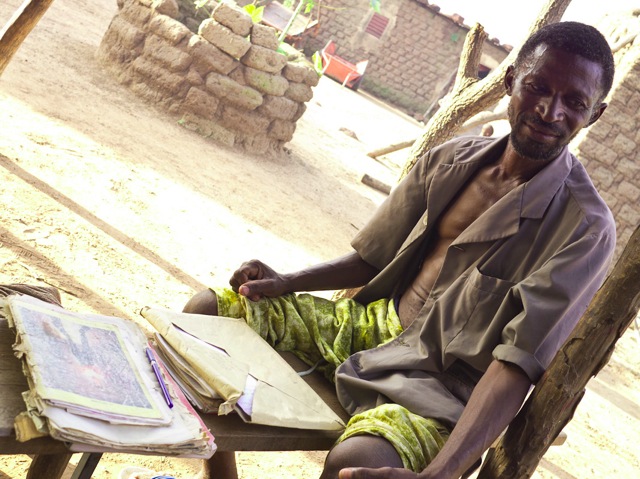