The presence of wheat offerings at the San Rocco procession in San Giorgio Lucano (MT) sends my memory back to the black and white photographs by Franco Pinna, portraying the harvest ritual that Italian ethnologist Ernesto De Martino had asked to re-enact for his research in this same village in 1959. Pinna’s images and De Martino’s interpretation of the ritual in an essay published in Furore Simbolo Valore (1962) play a key role in the revival of harvest rituals in Basilicata – or better still, in the current institutional push to turn them into a distinctive feature of local folklore. That imagery is still visible in the council-commissioned mural paintings that can be found around San Giorgio.

I photographed this same procession in 2006, when it featured more wheat – including a tractor-towed offering too large to be carried by hand. Today the presence of wheat offerings is less conspicuous, but there is a clear involvement of children in “traditional” peasant costumes, who endure the three hour-long procession with their miniature sheaves. Additionally, the dances that usually conclude the procession, when the carriers of wheat offerings dance in front of the statue of the saint, are limited to a short interlude, in favour of playing recorded pop music in conjunction with fireworks.

The harvest ritual photographed by Pinna, called gioco della falce [game of the sickle] is sometimes re-enacted during the days that precede the festival, part of a series of initiatives that, much like the other harvest festivals I have photographed, are funded by the regional government as part of a campaign to support Basilicata’s intangible cultural heritage. 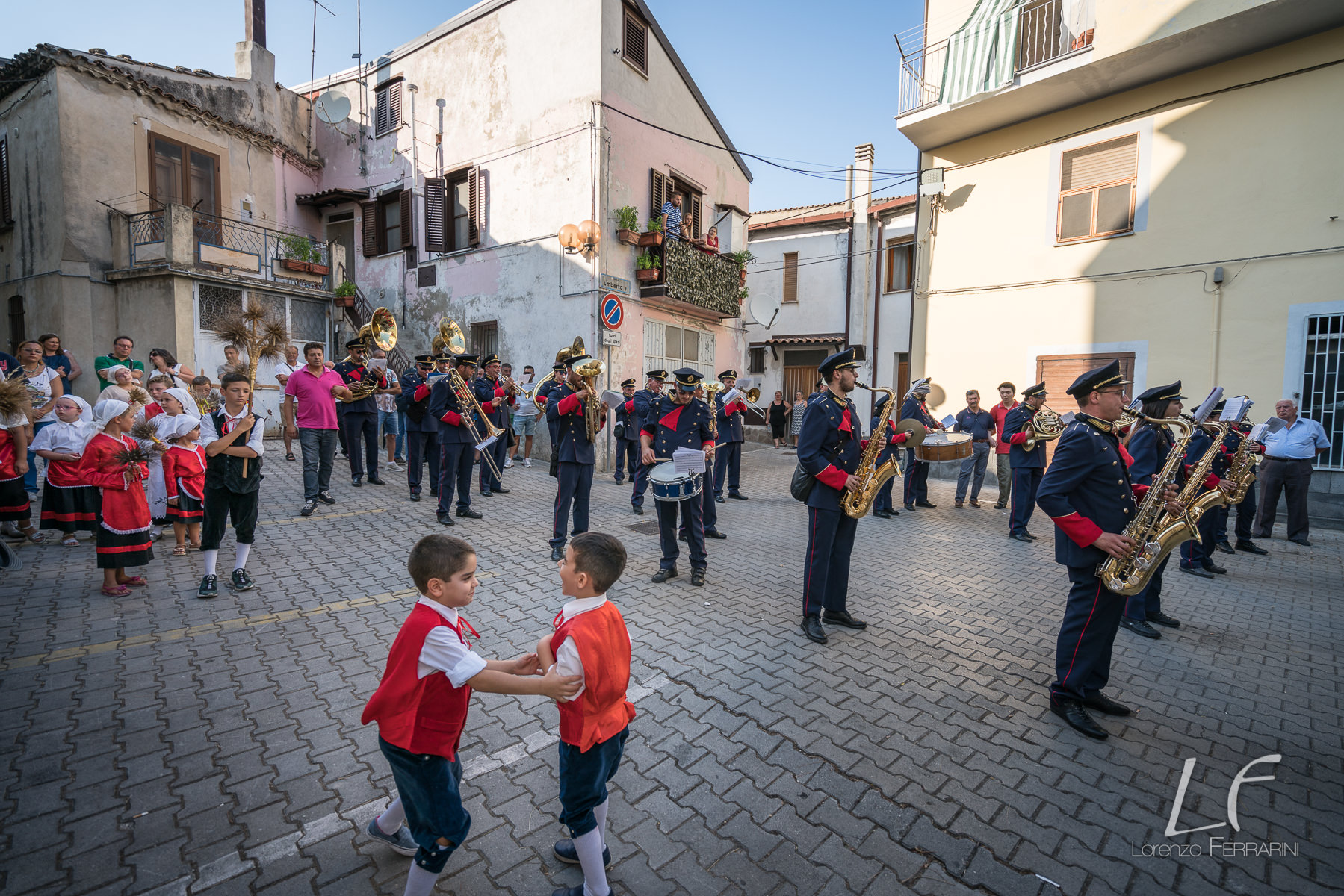 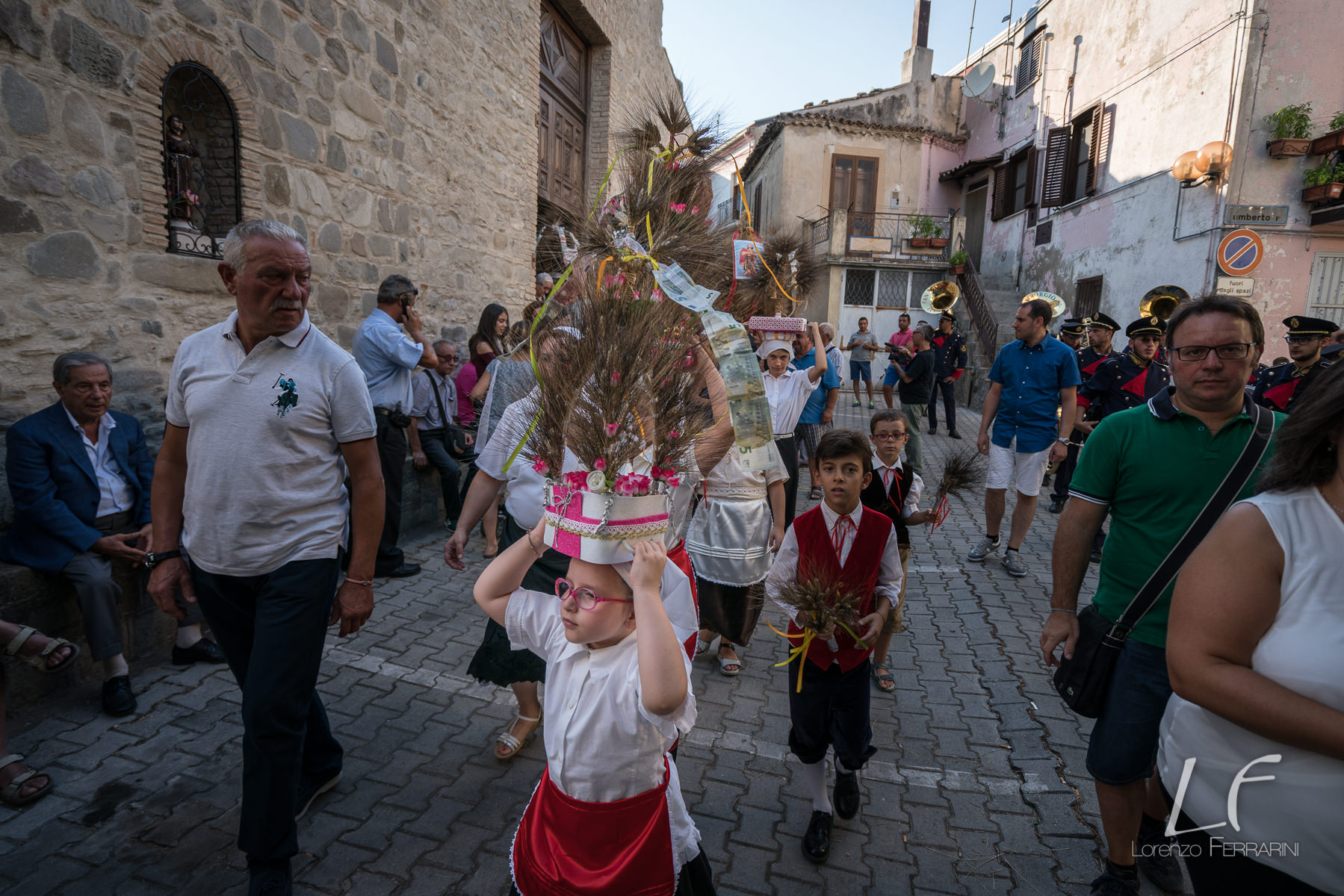 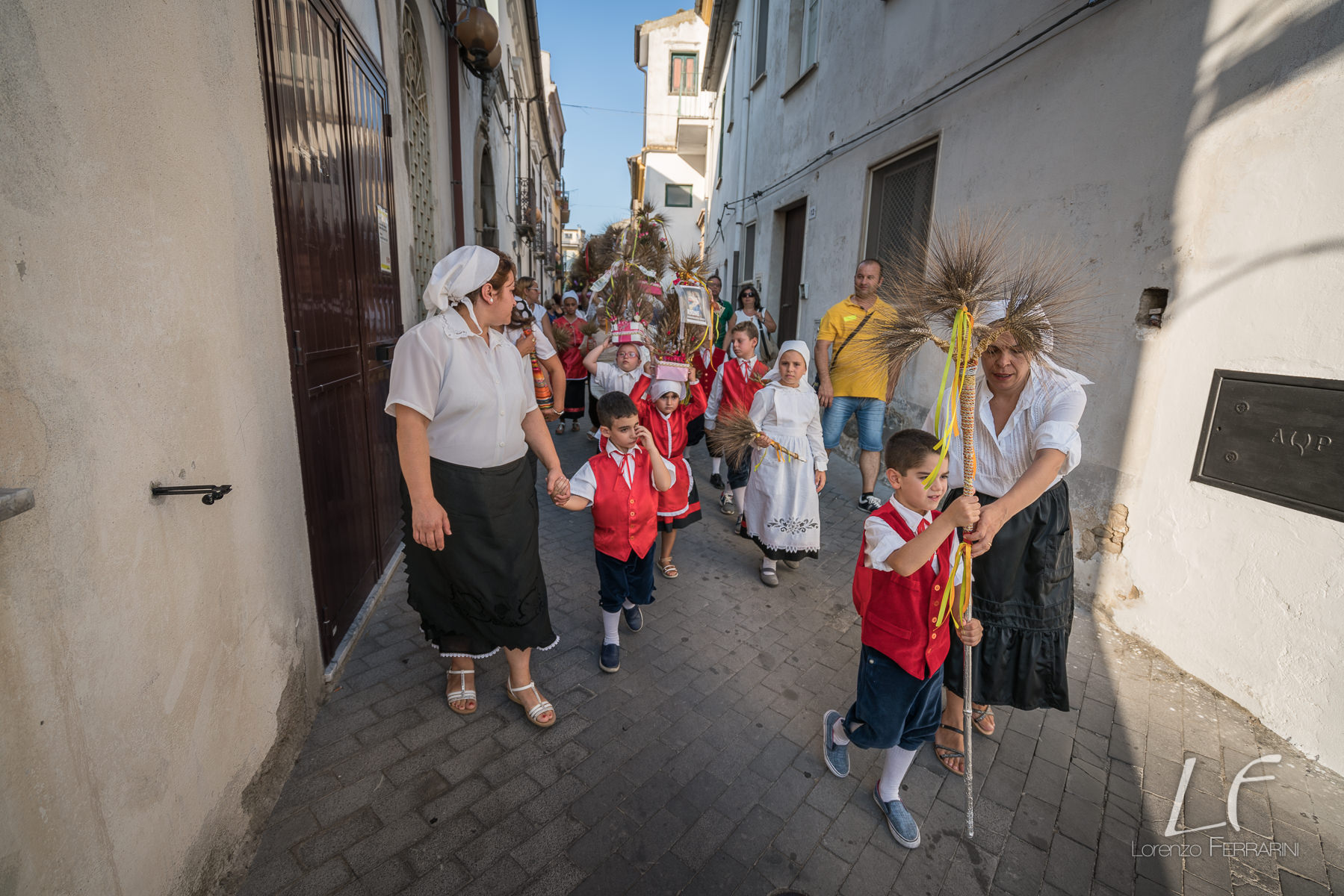 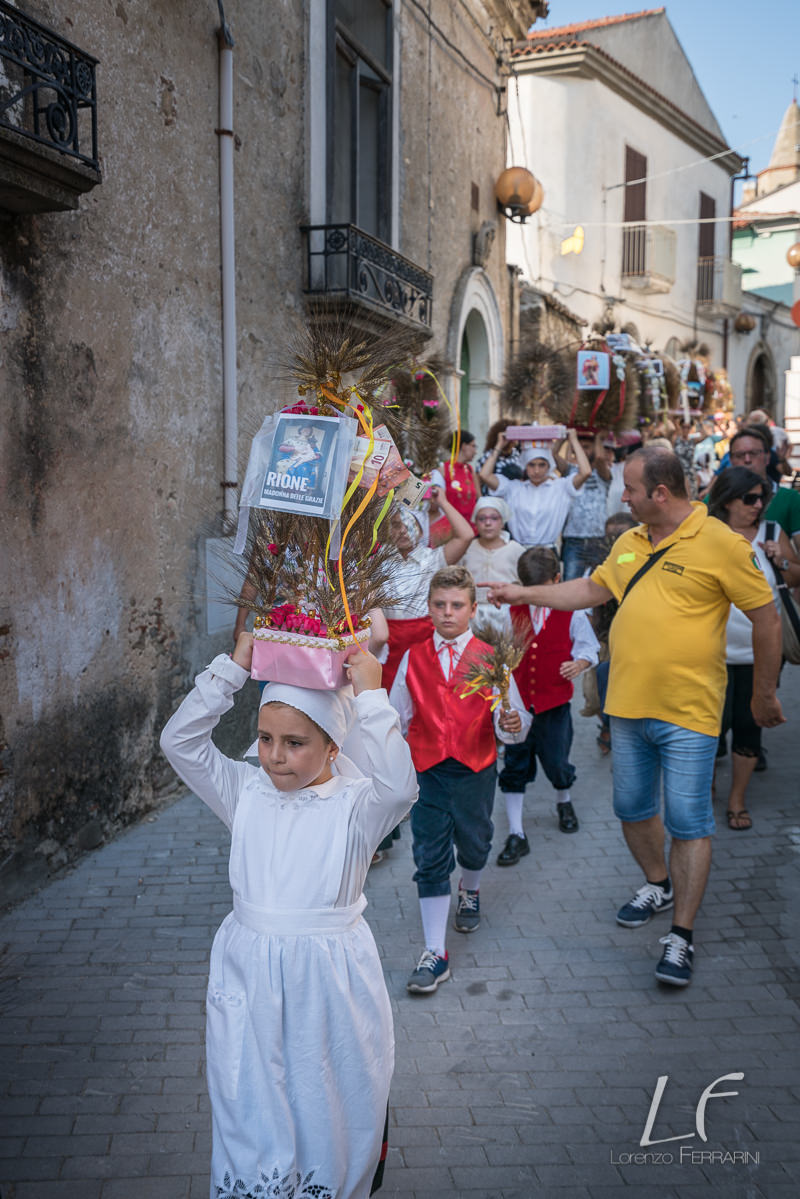 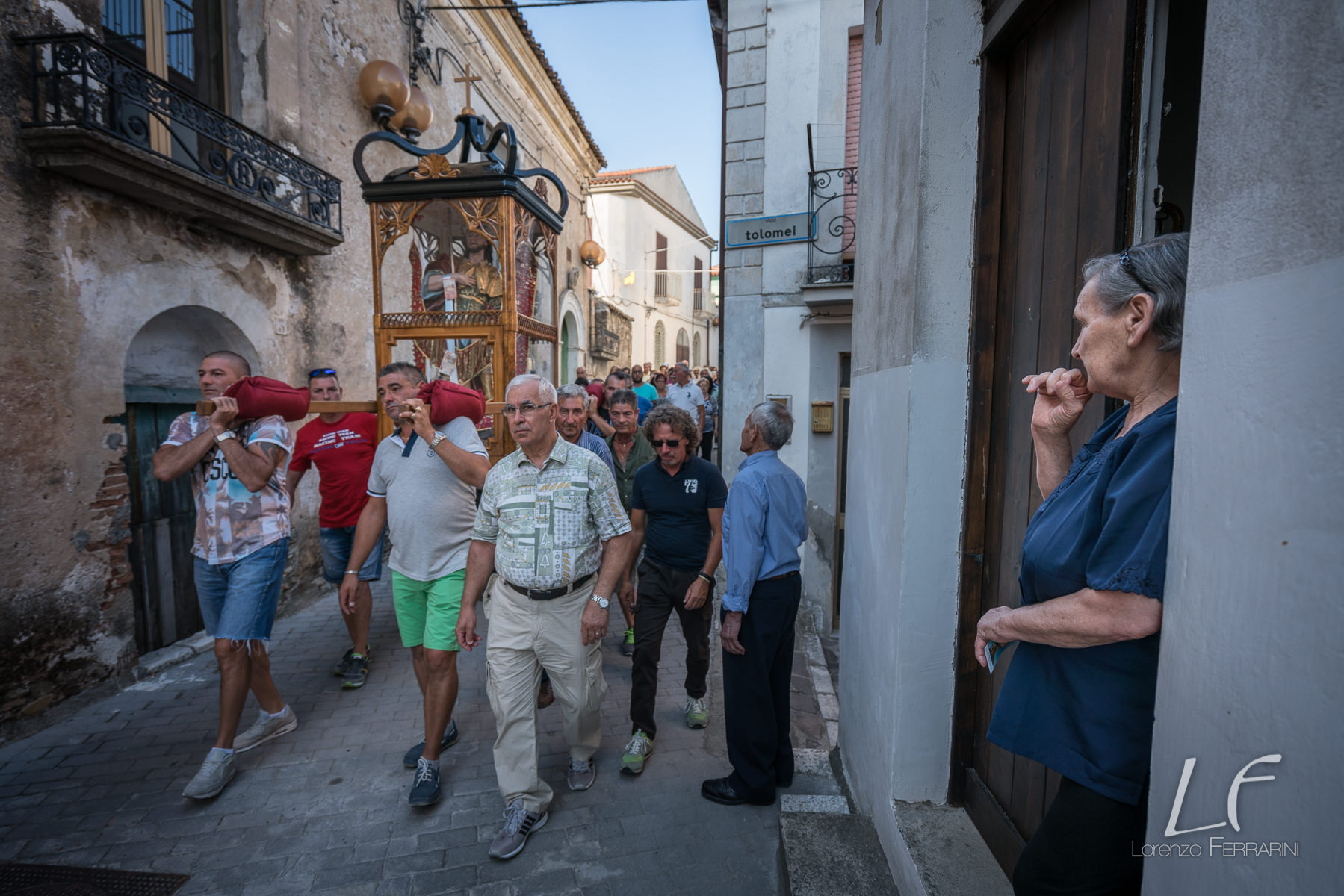 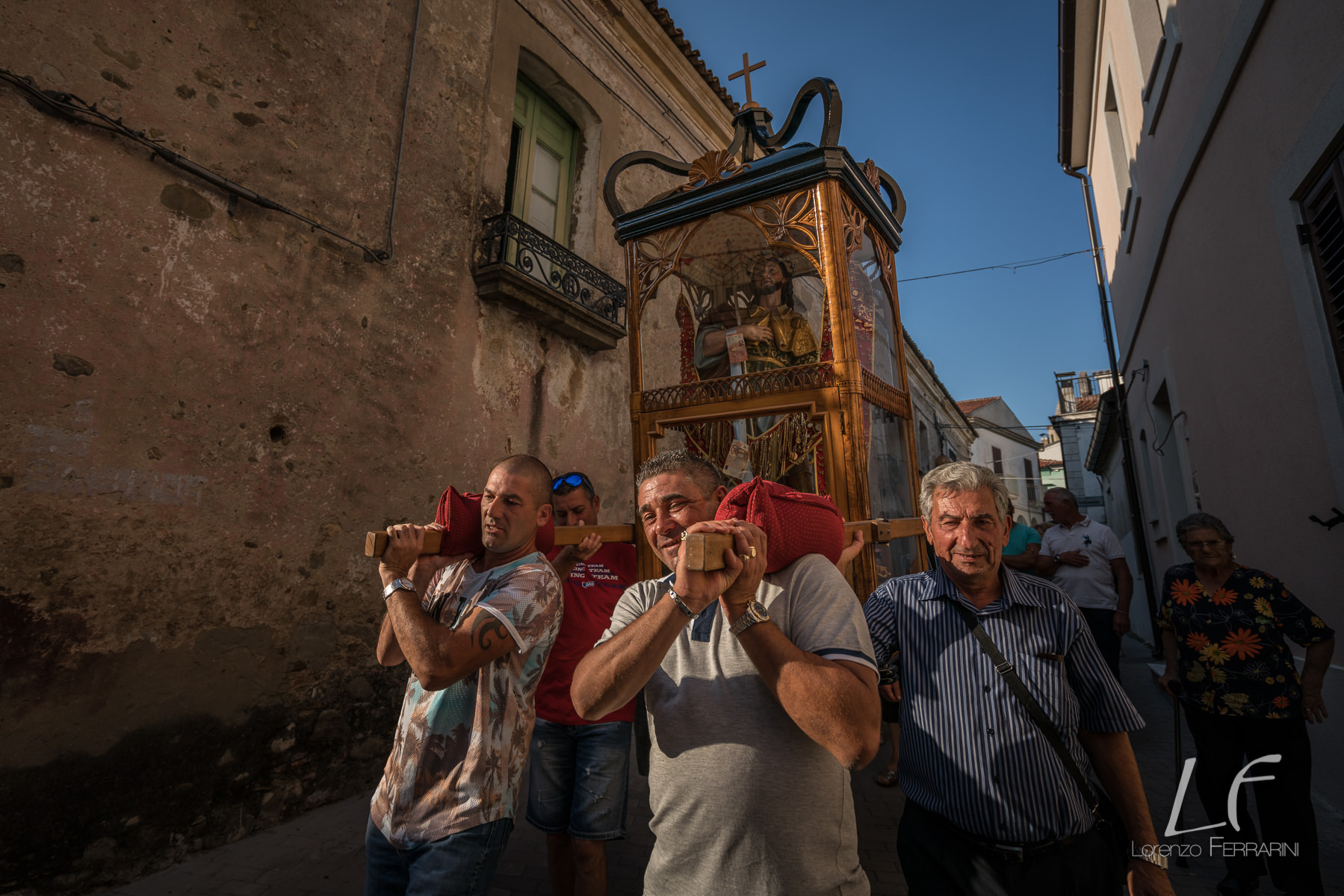 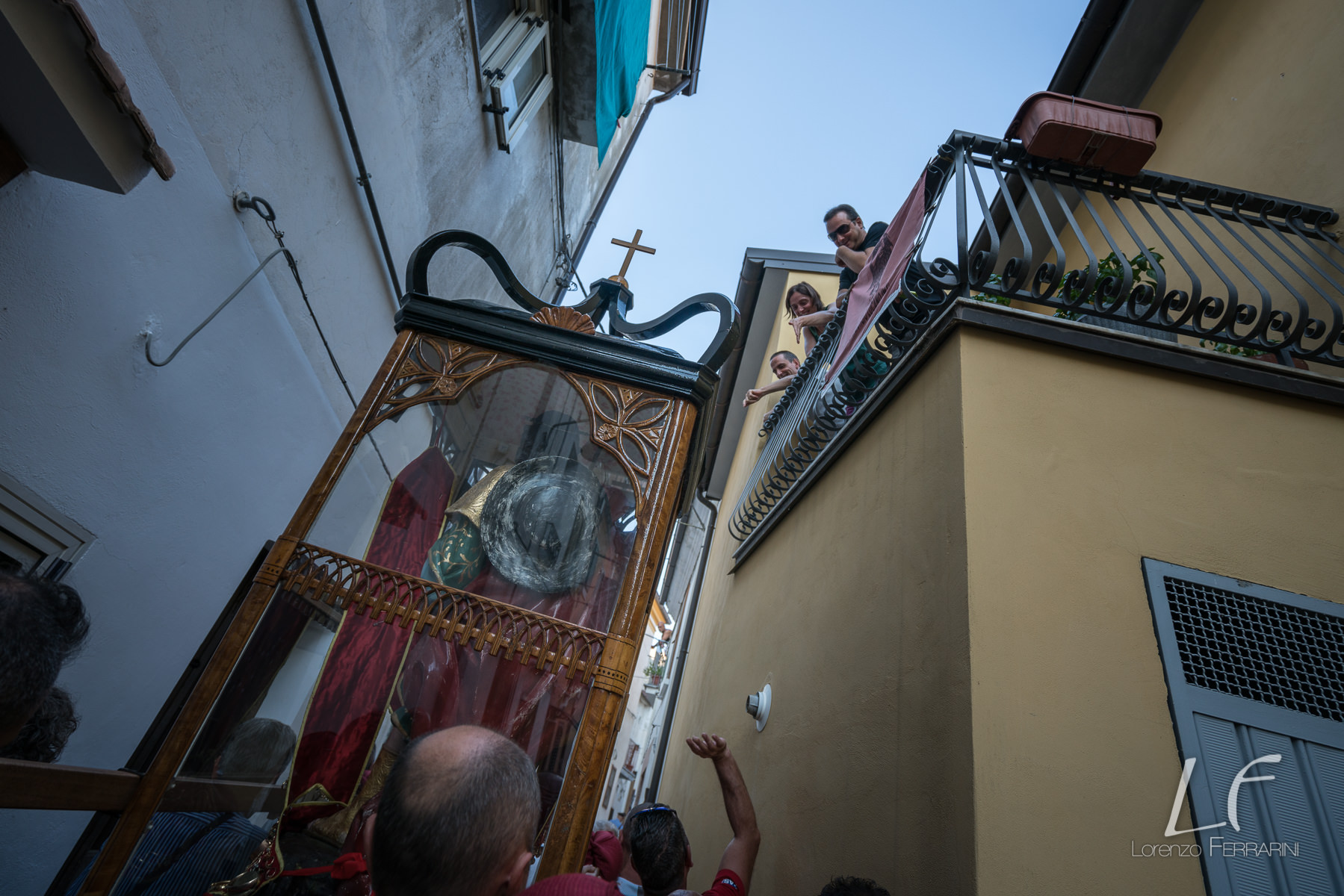 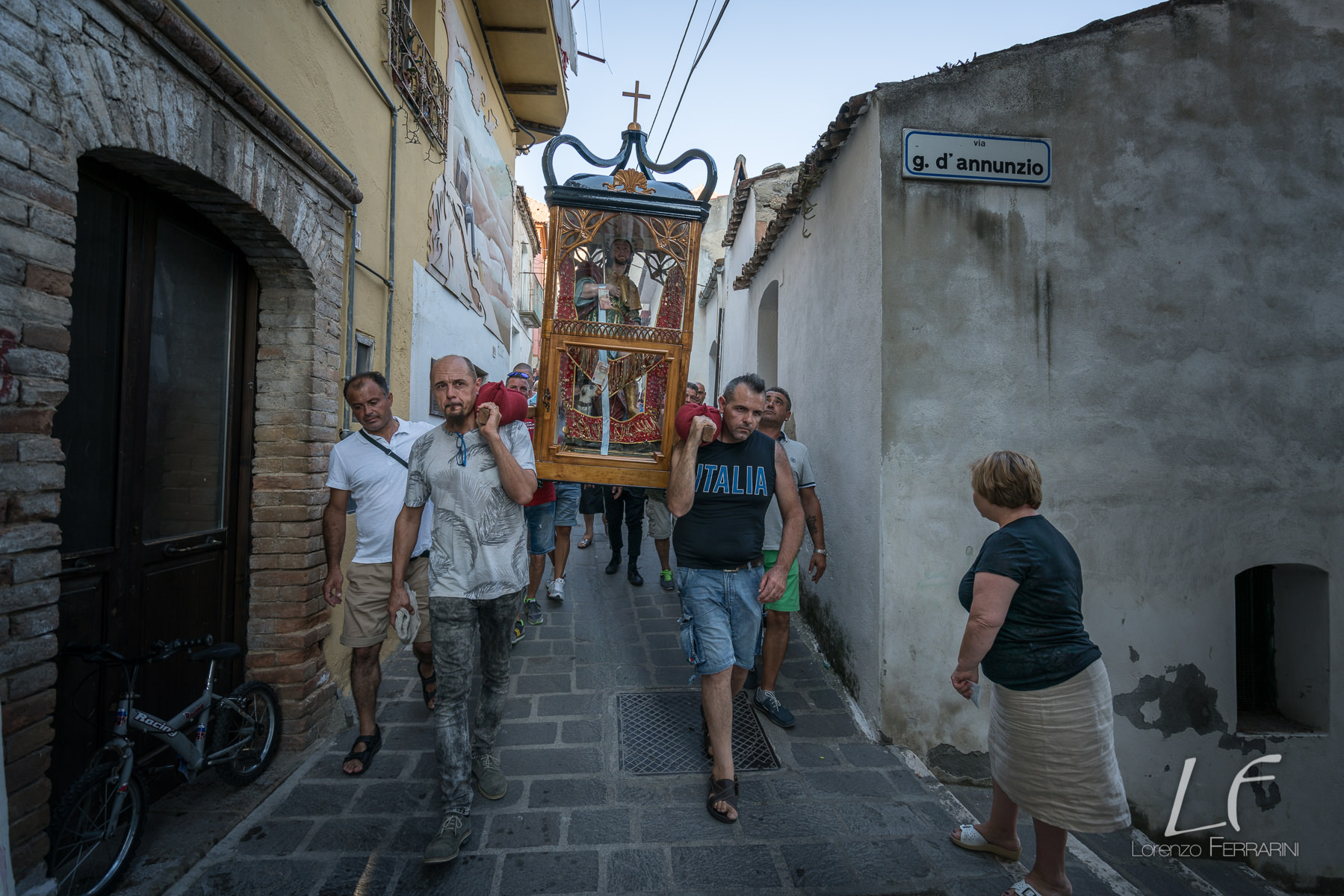 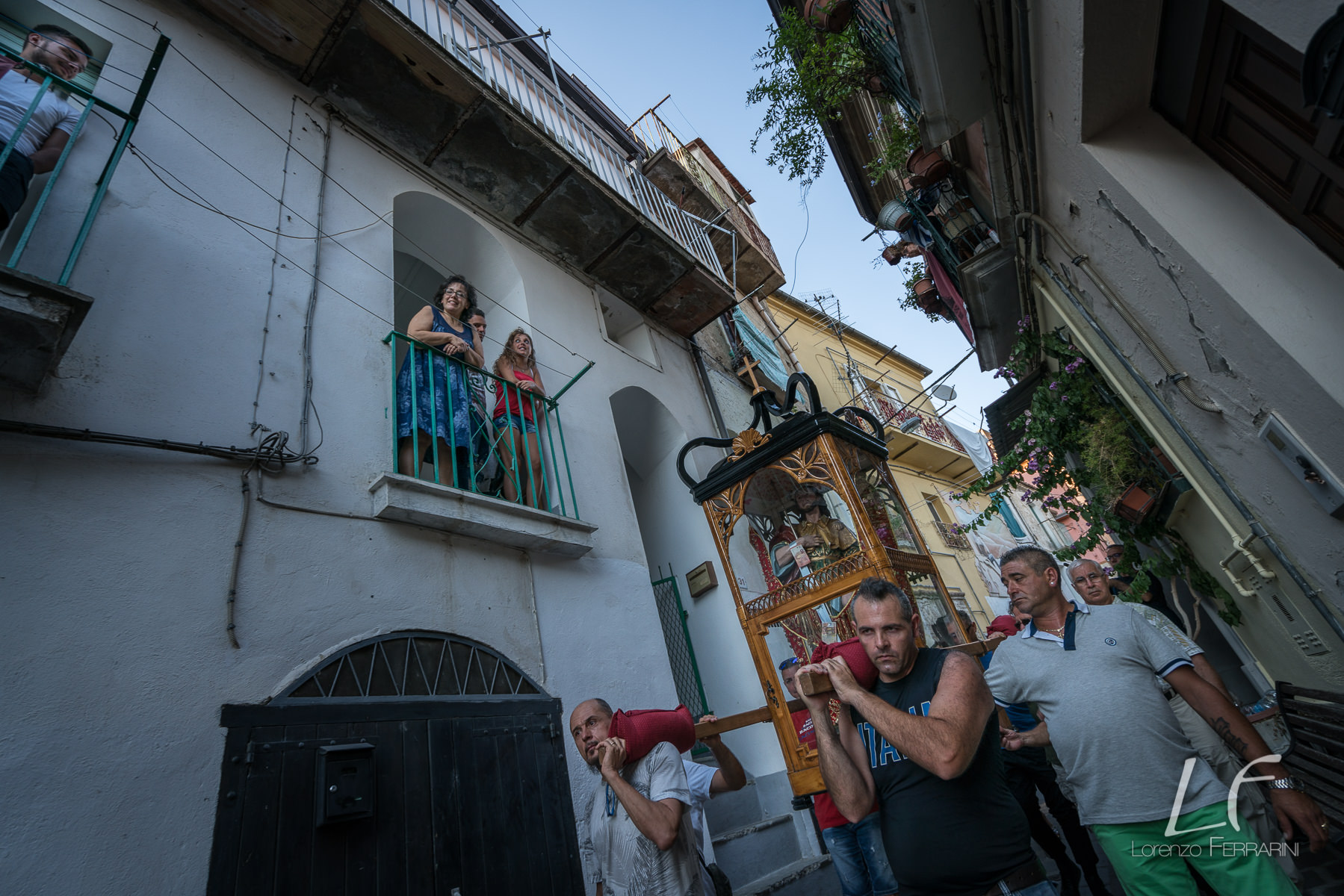 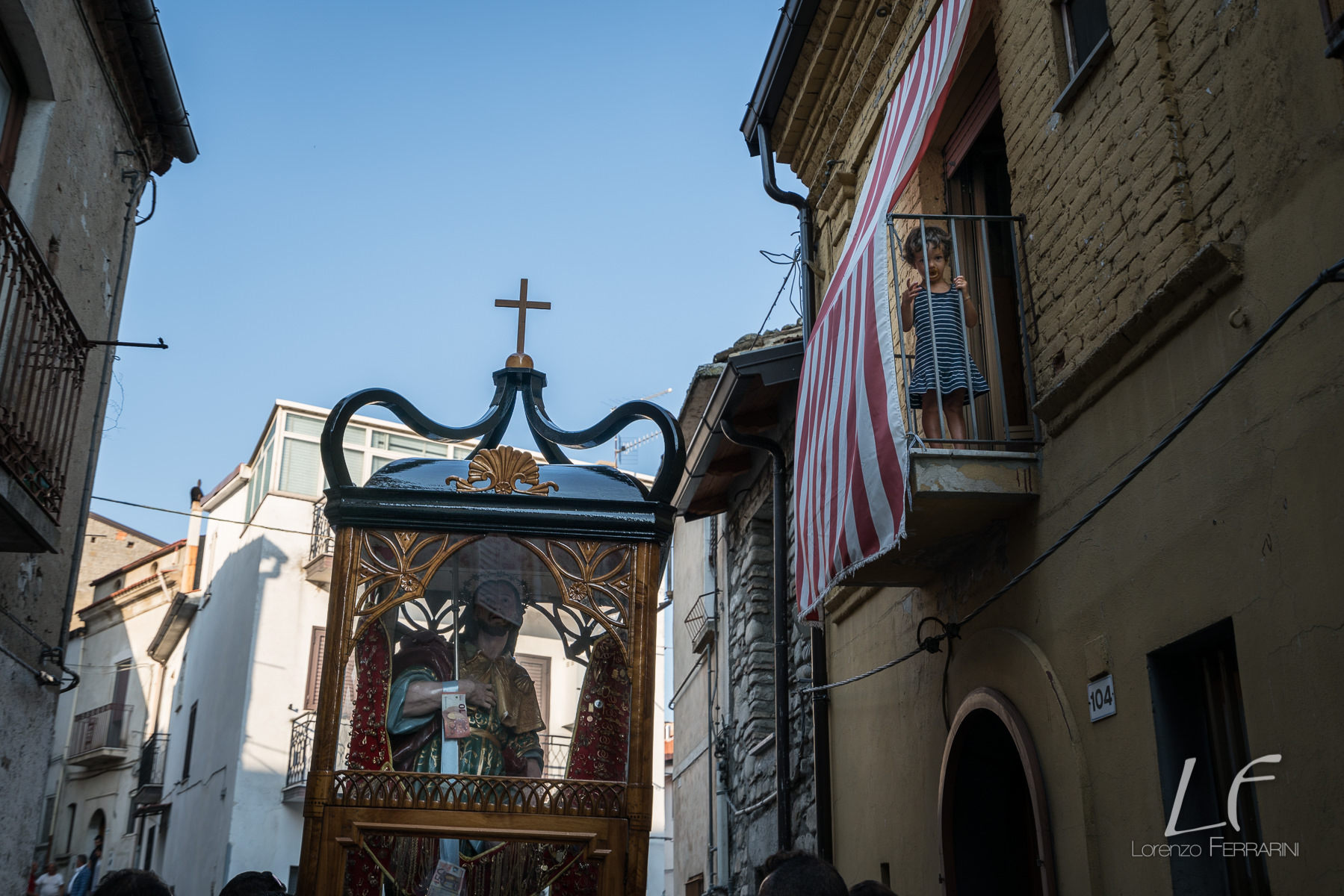 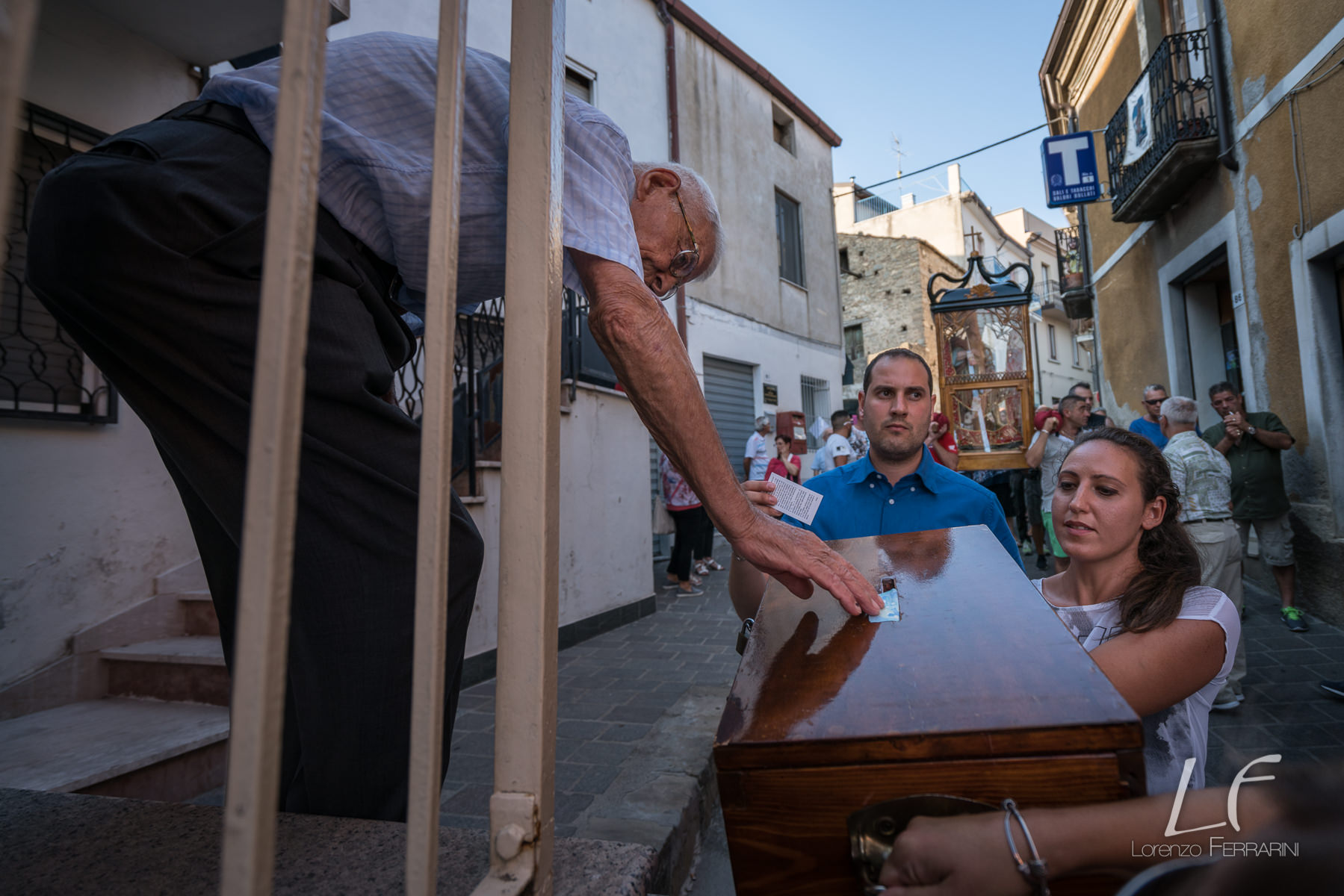 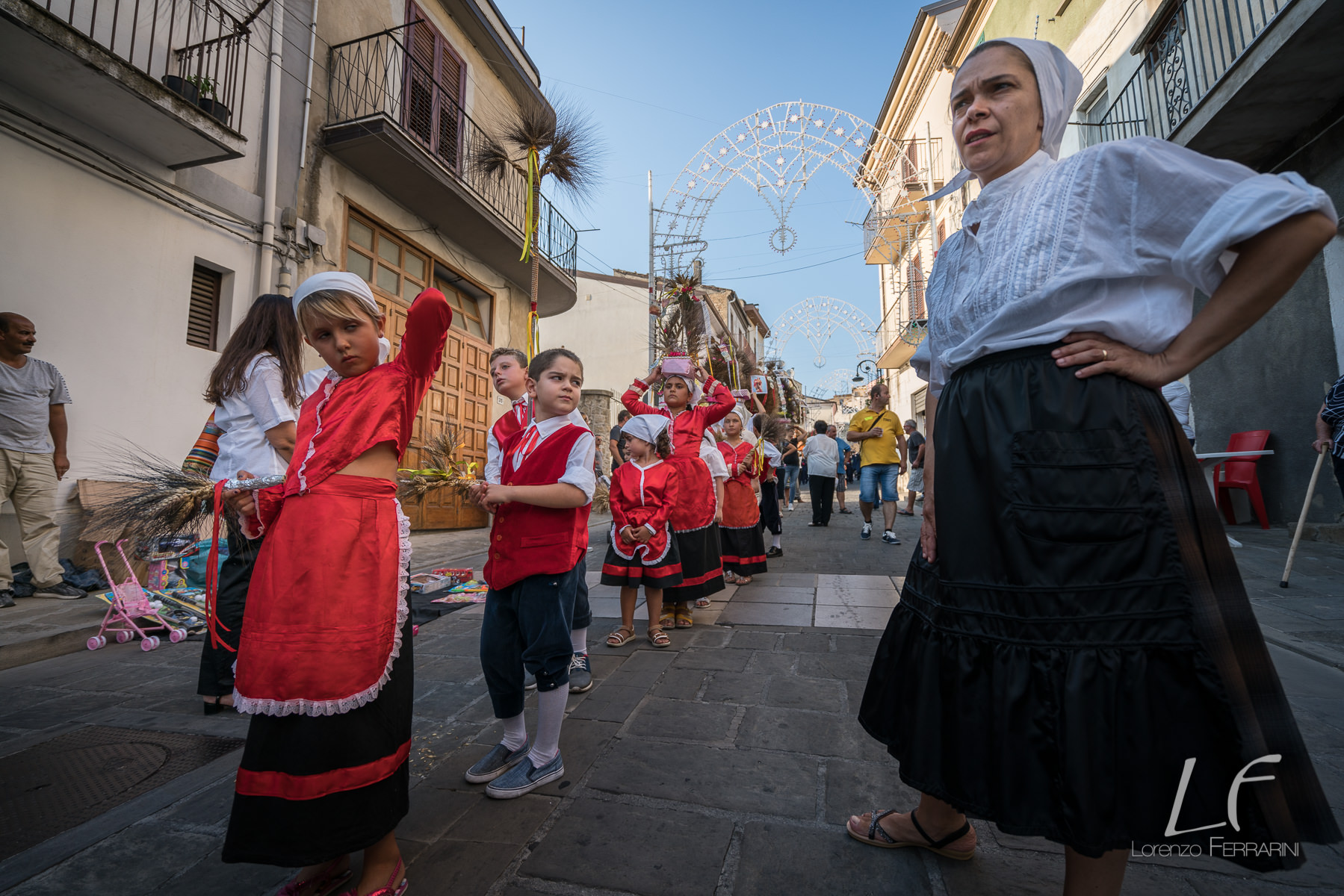 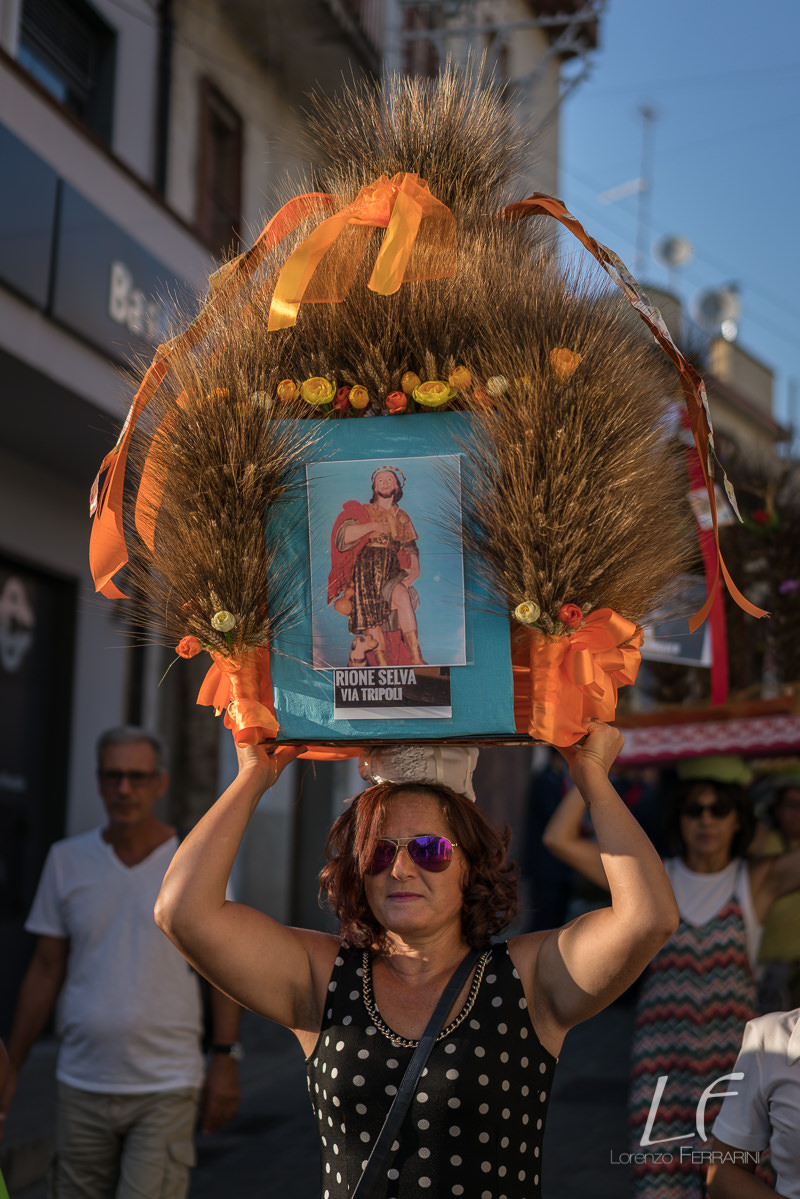 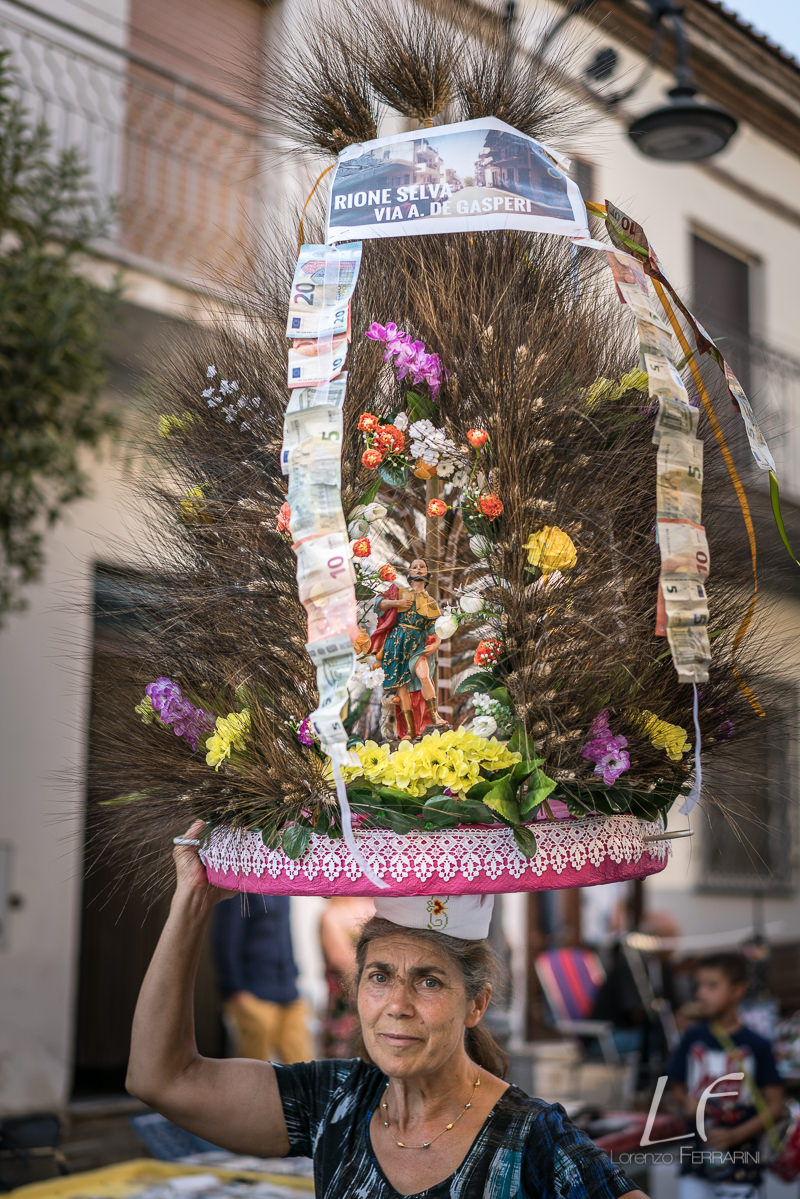 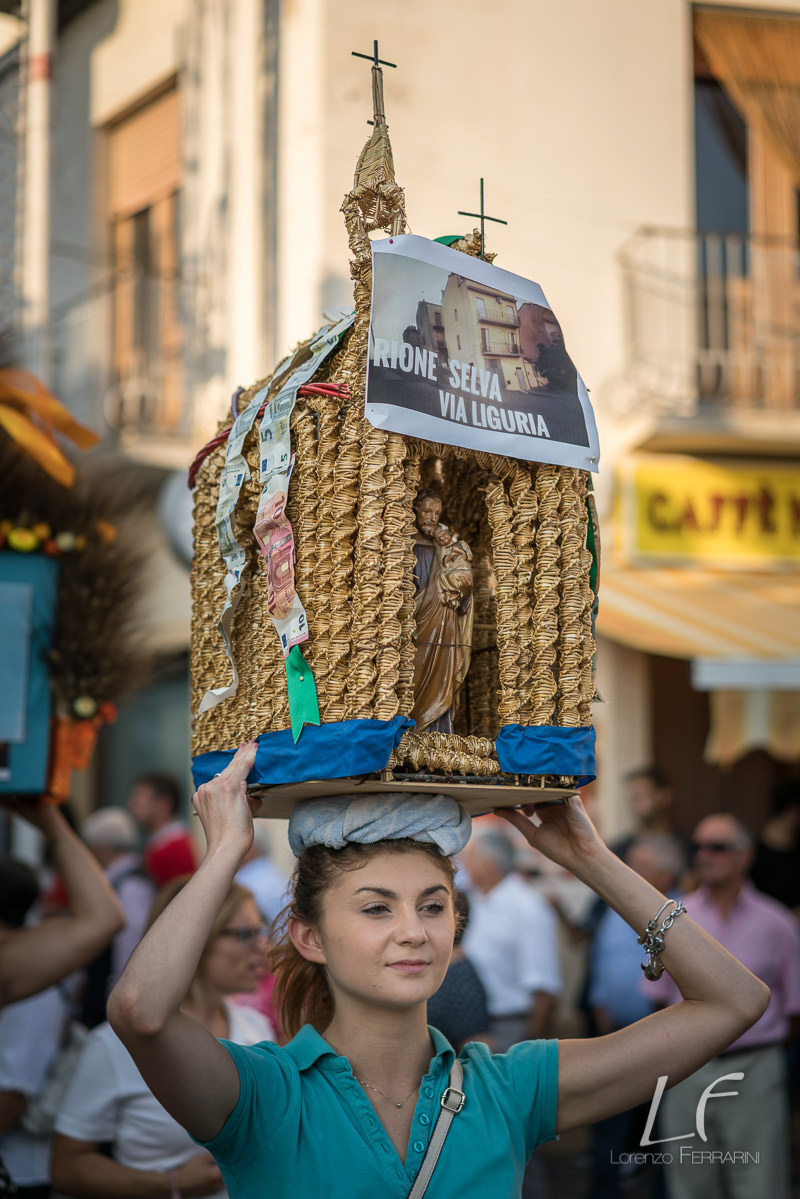 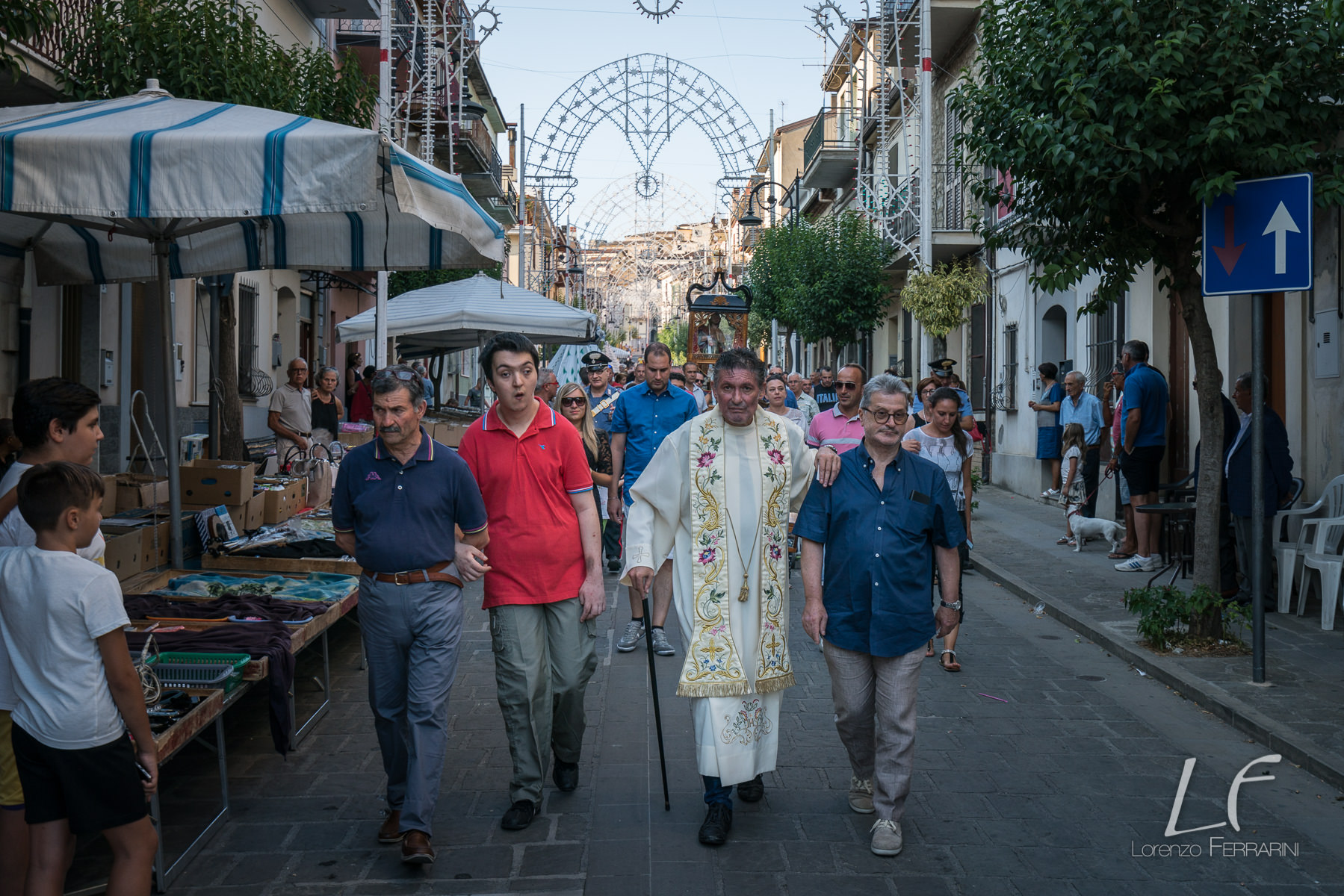 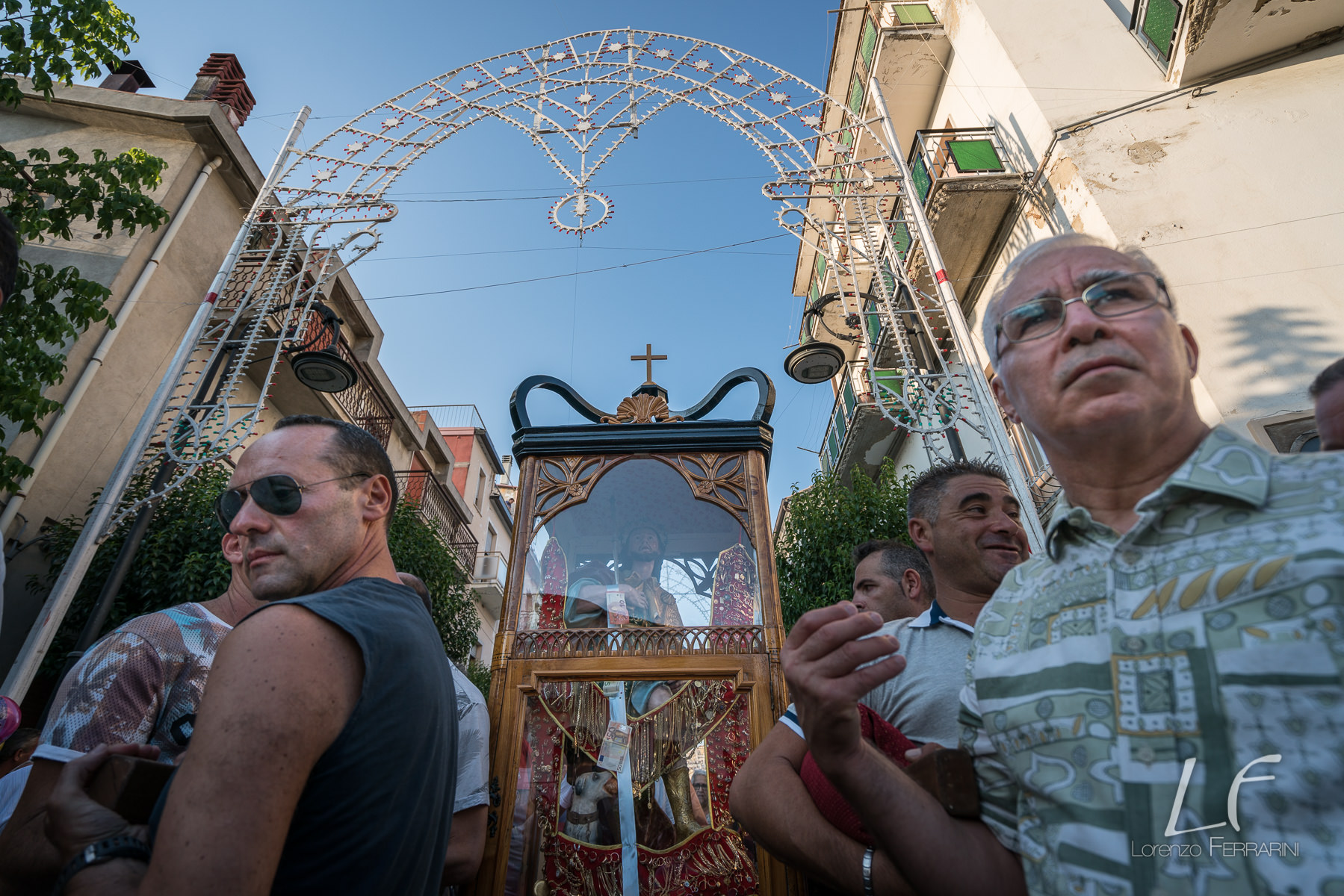 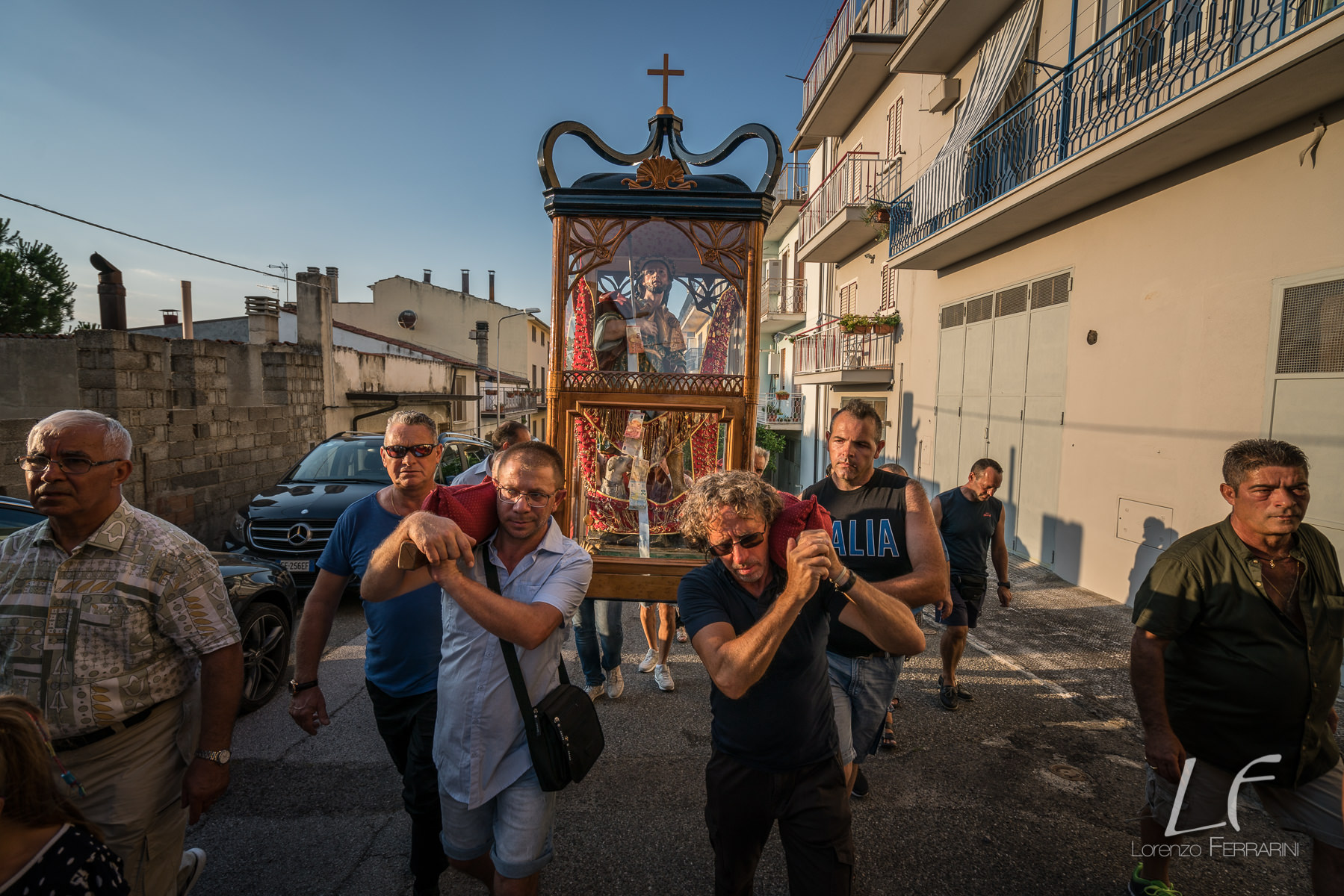 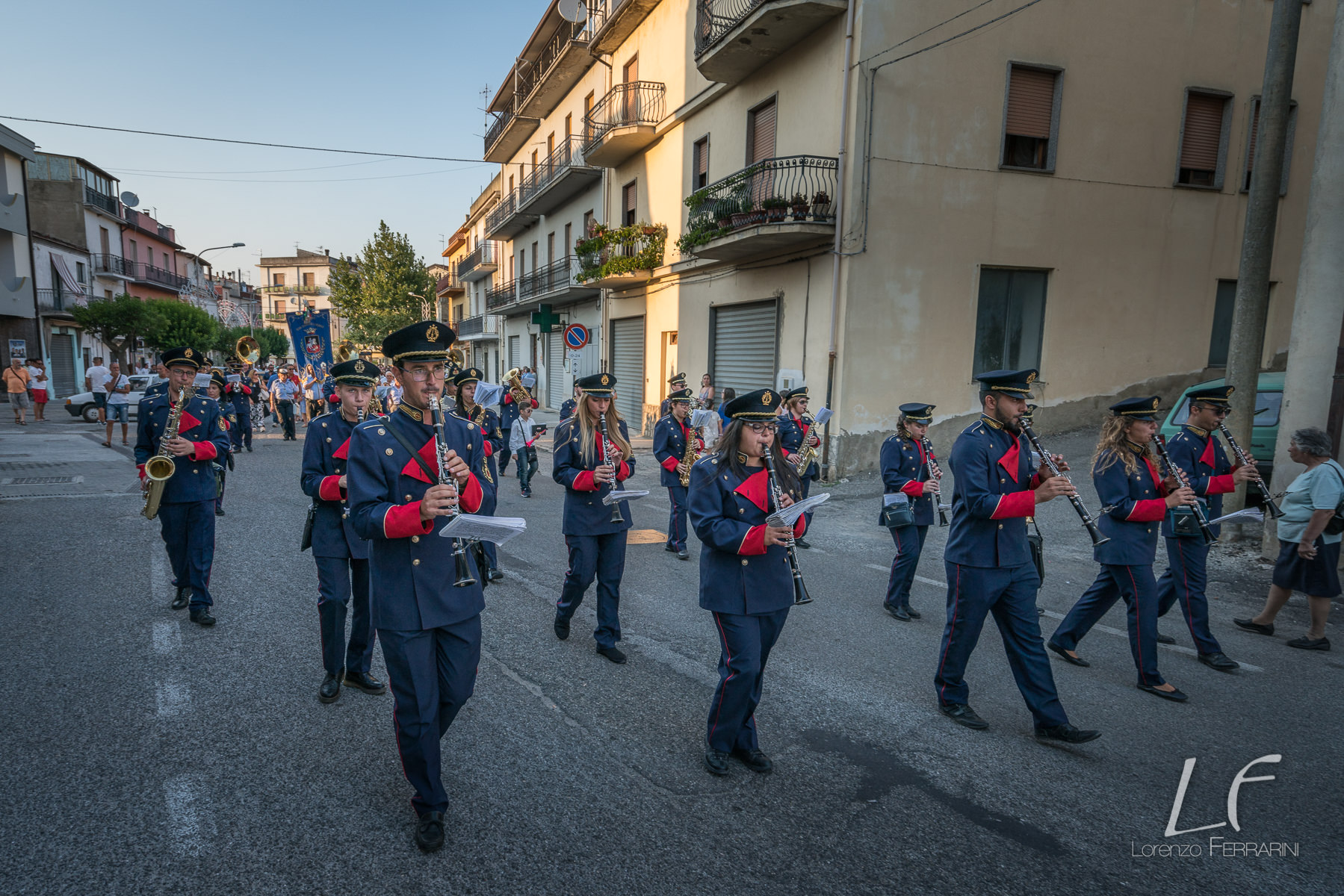 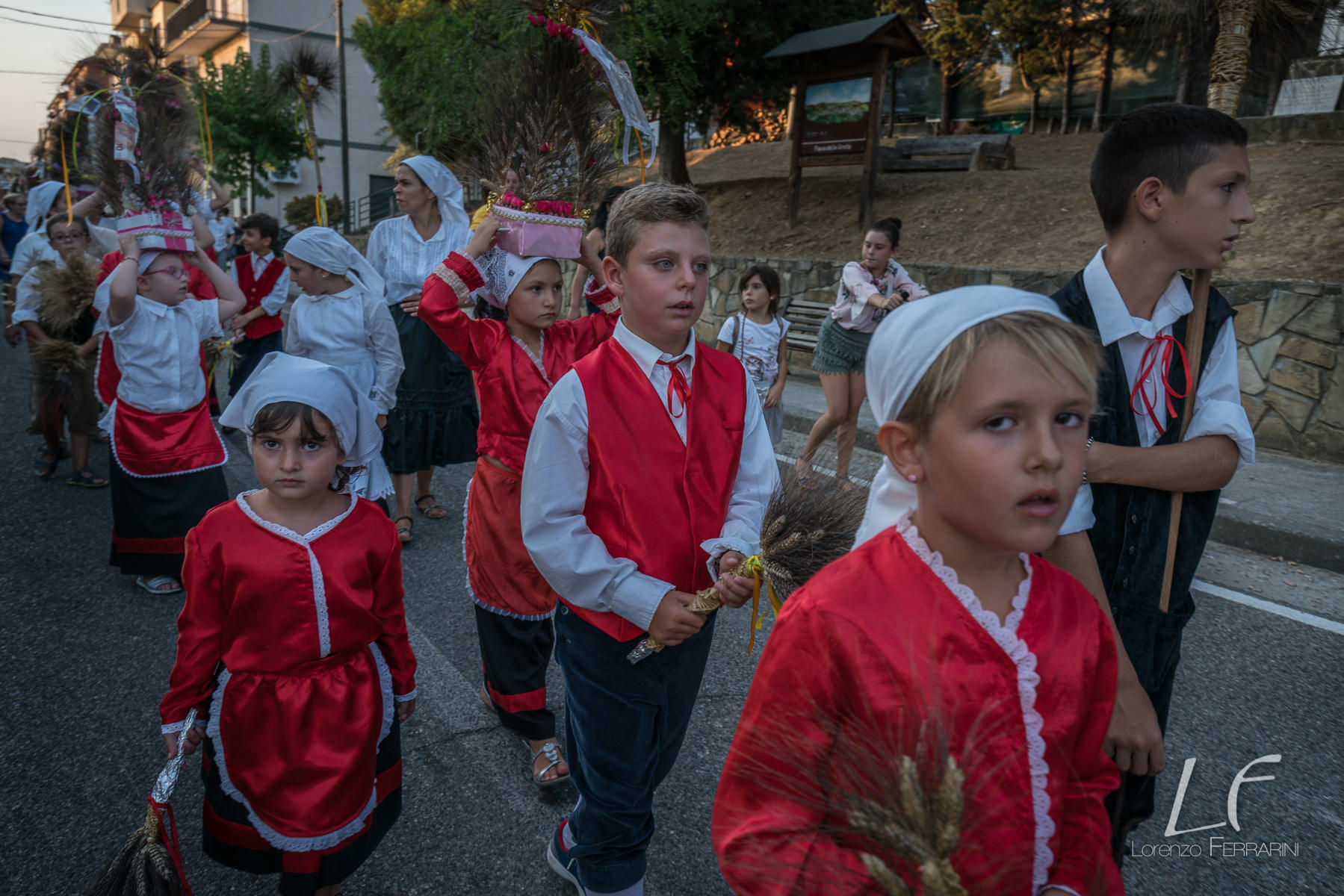 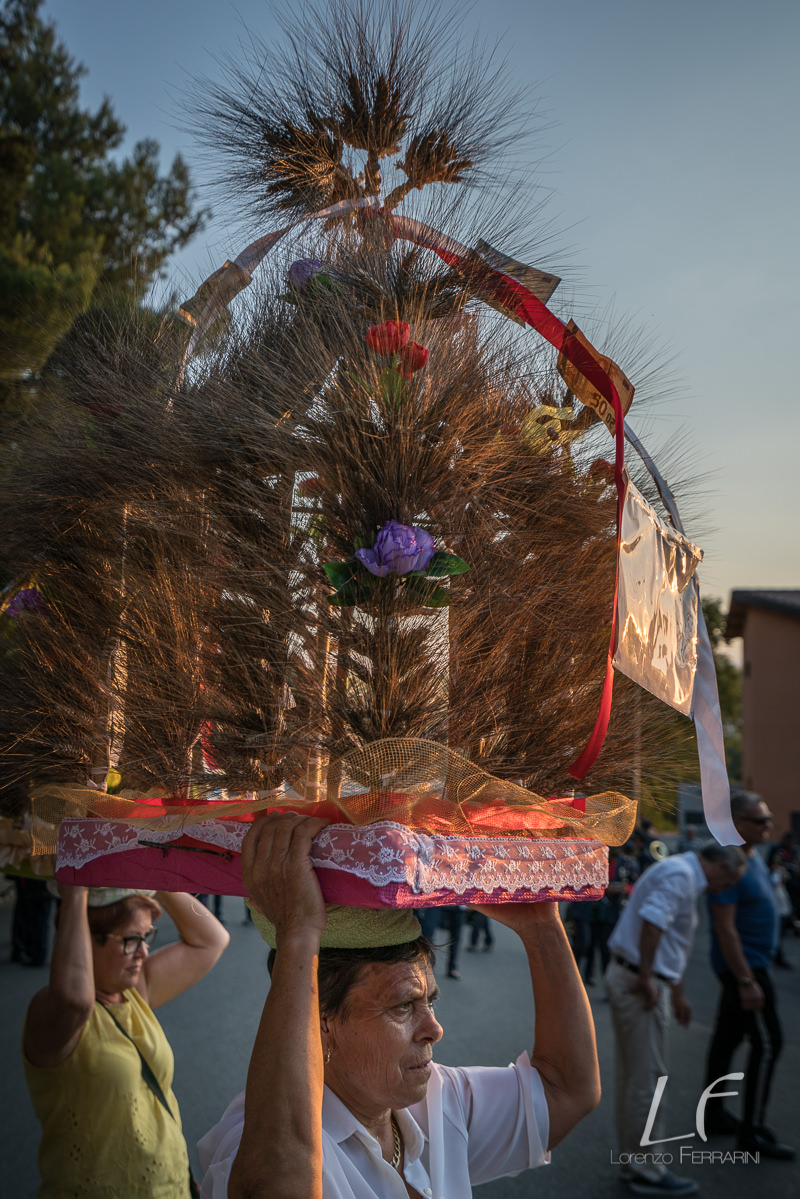 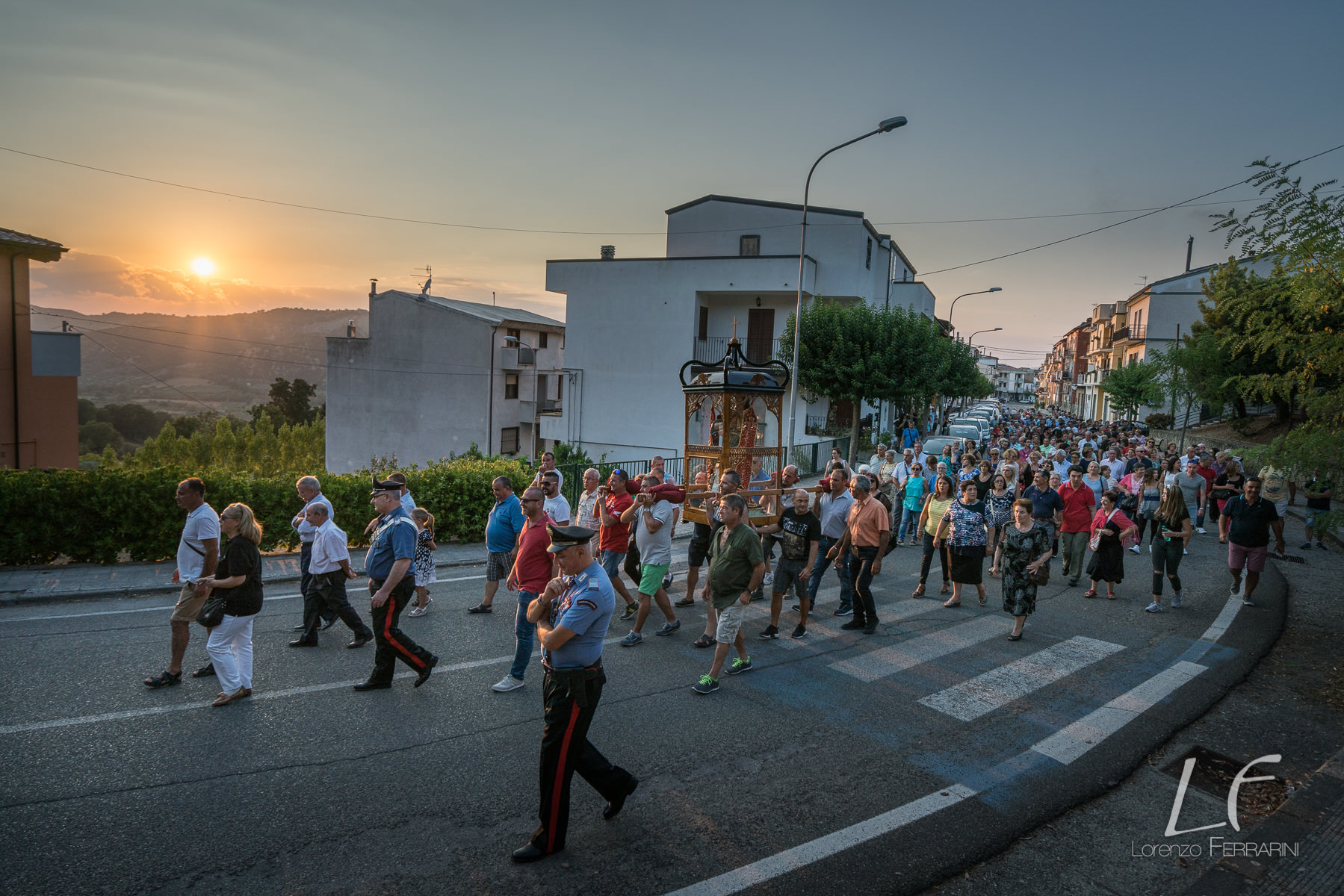 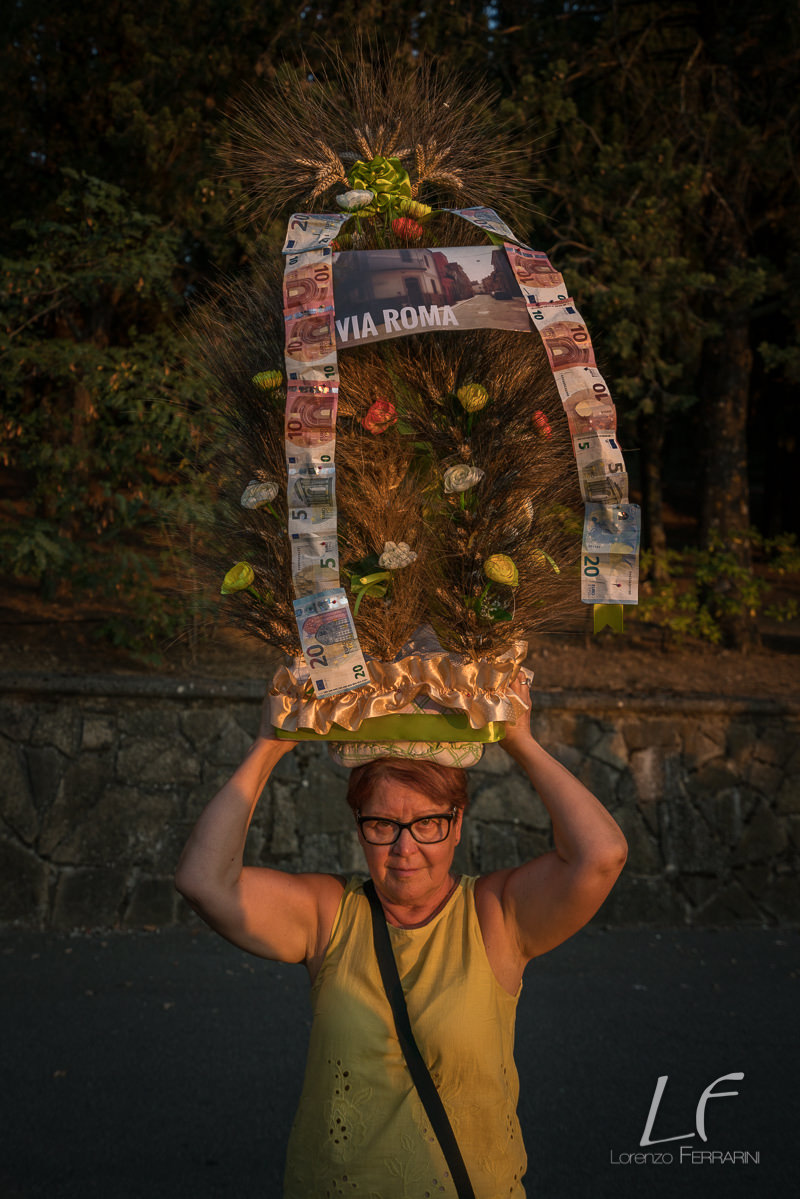 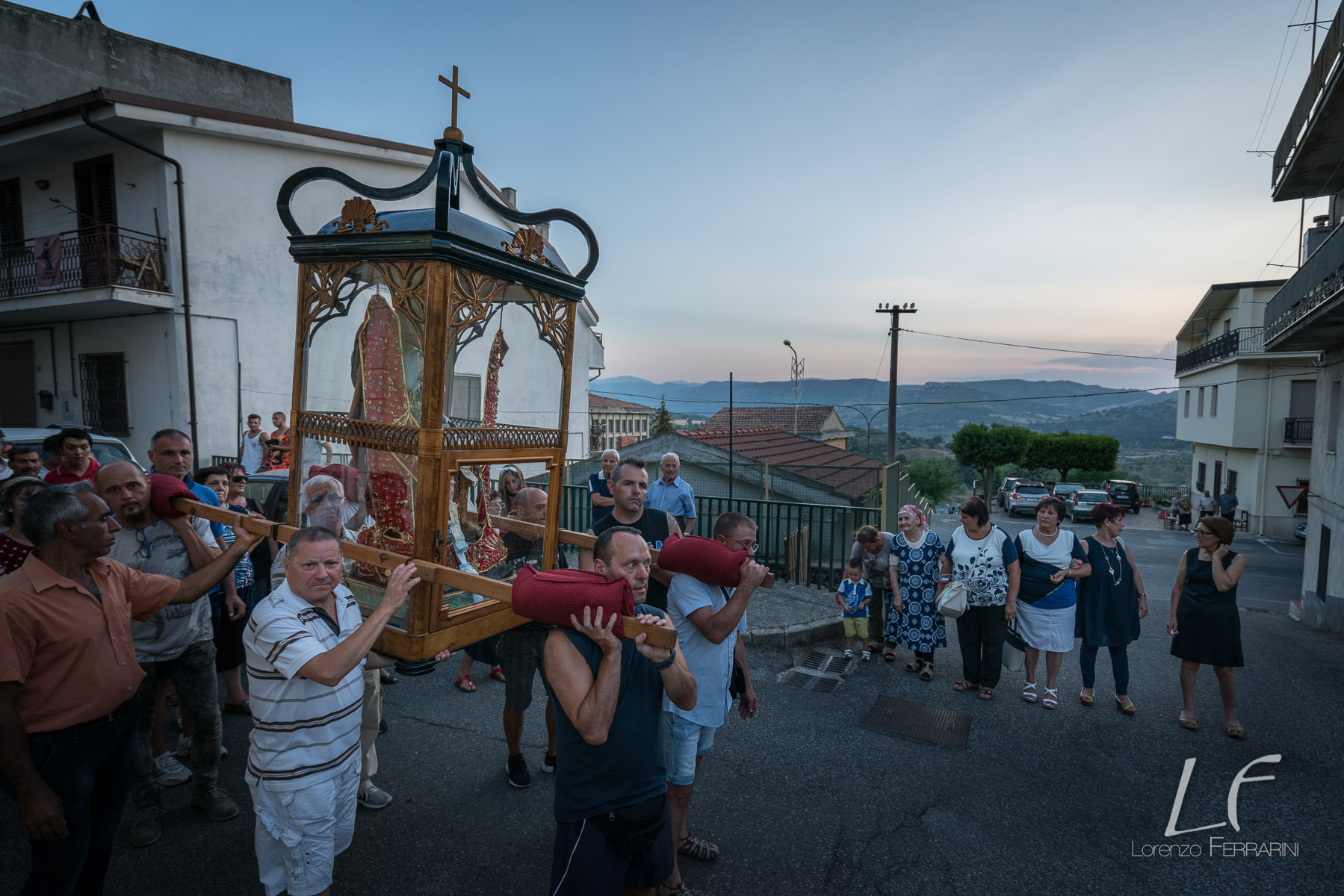 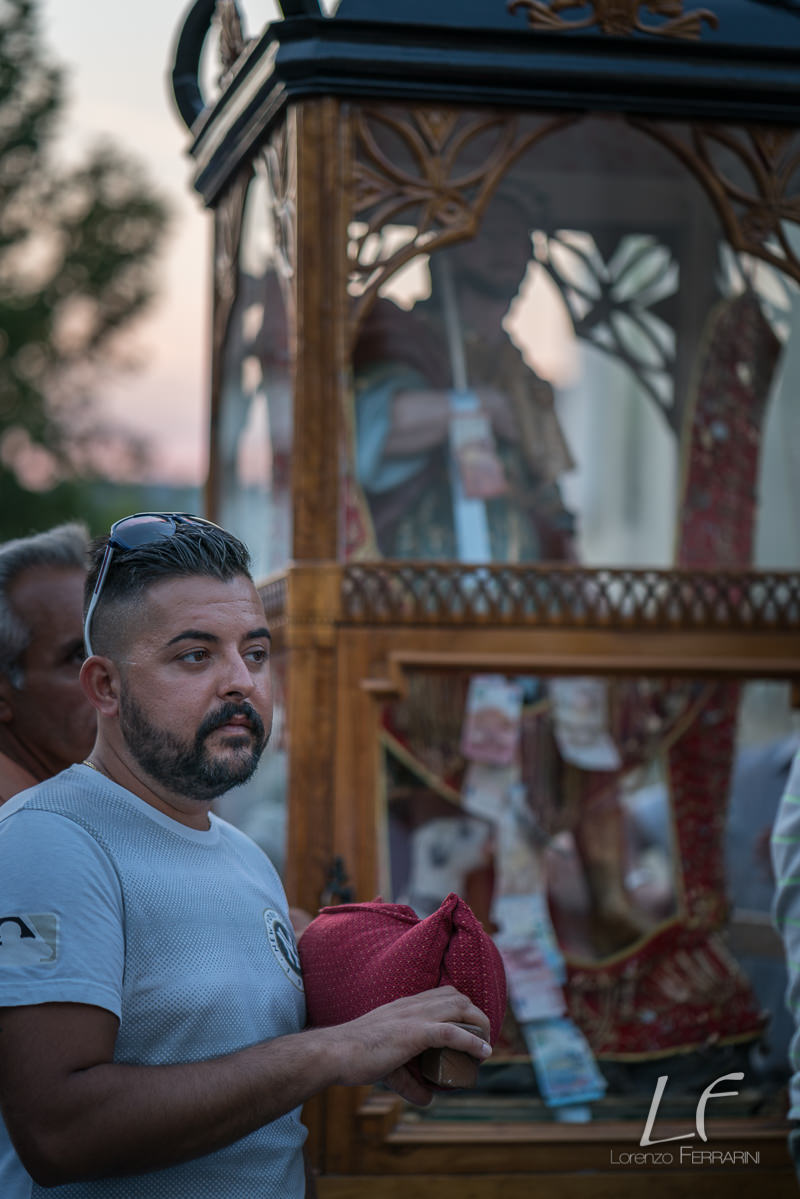 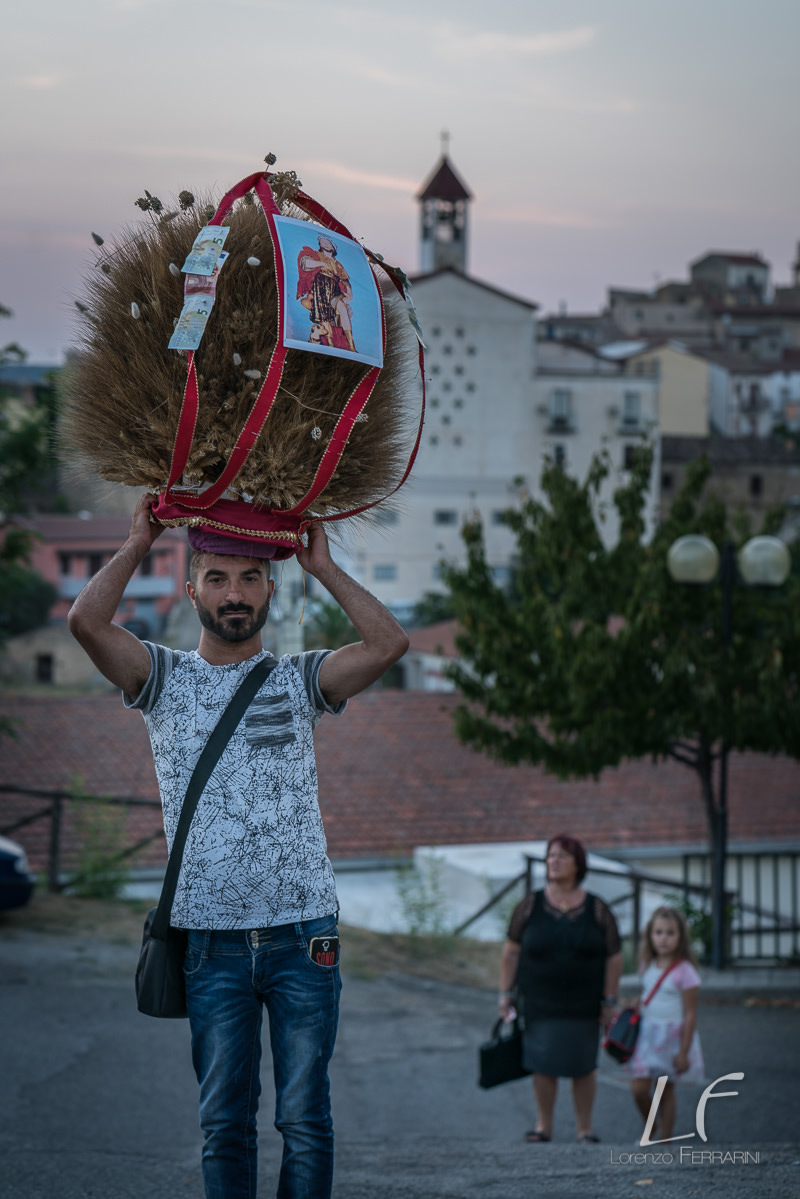 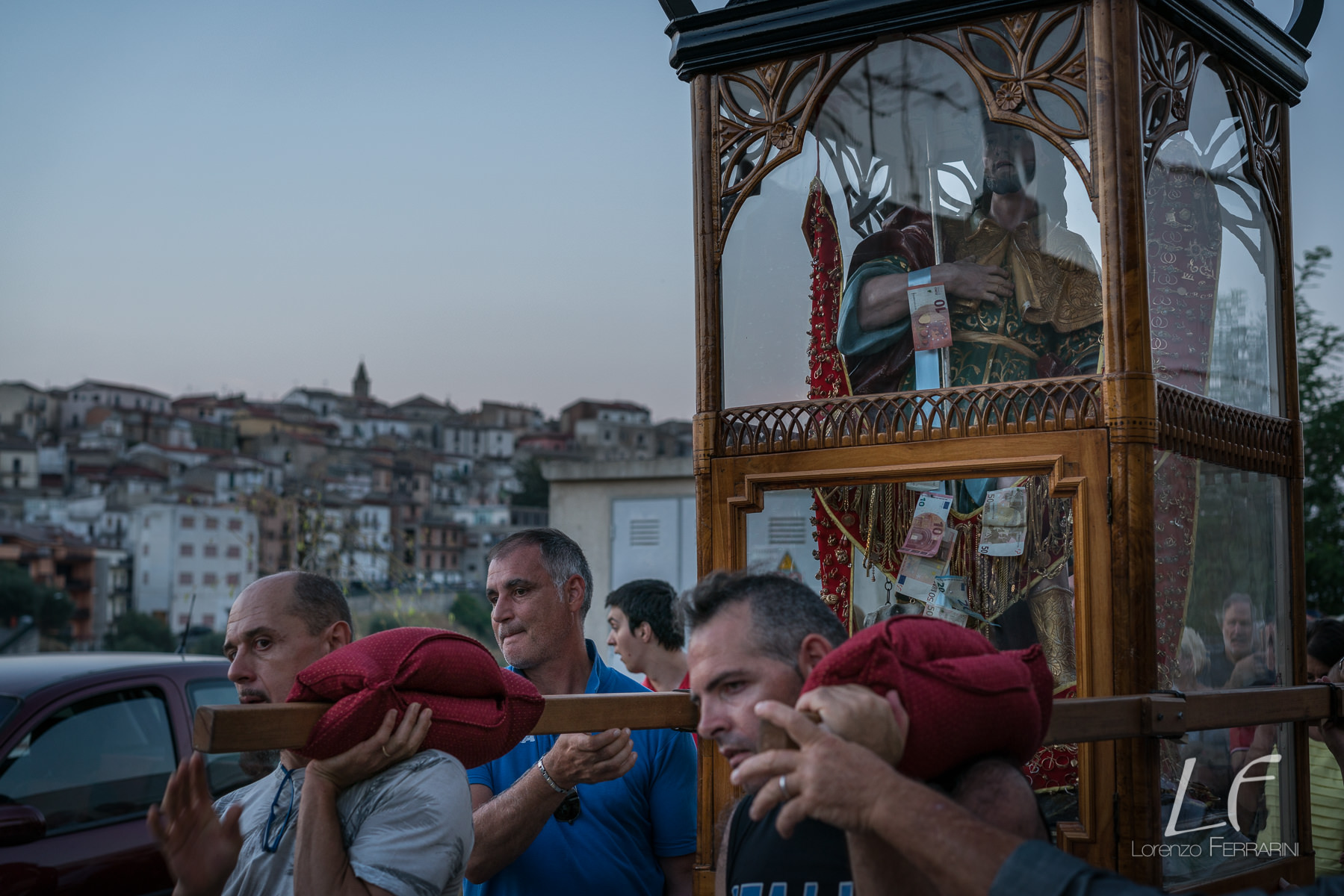 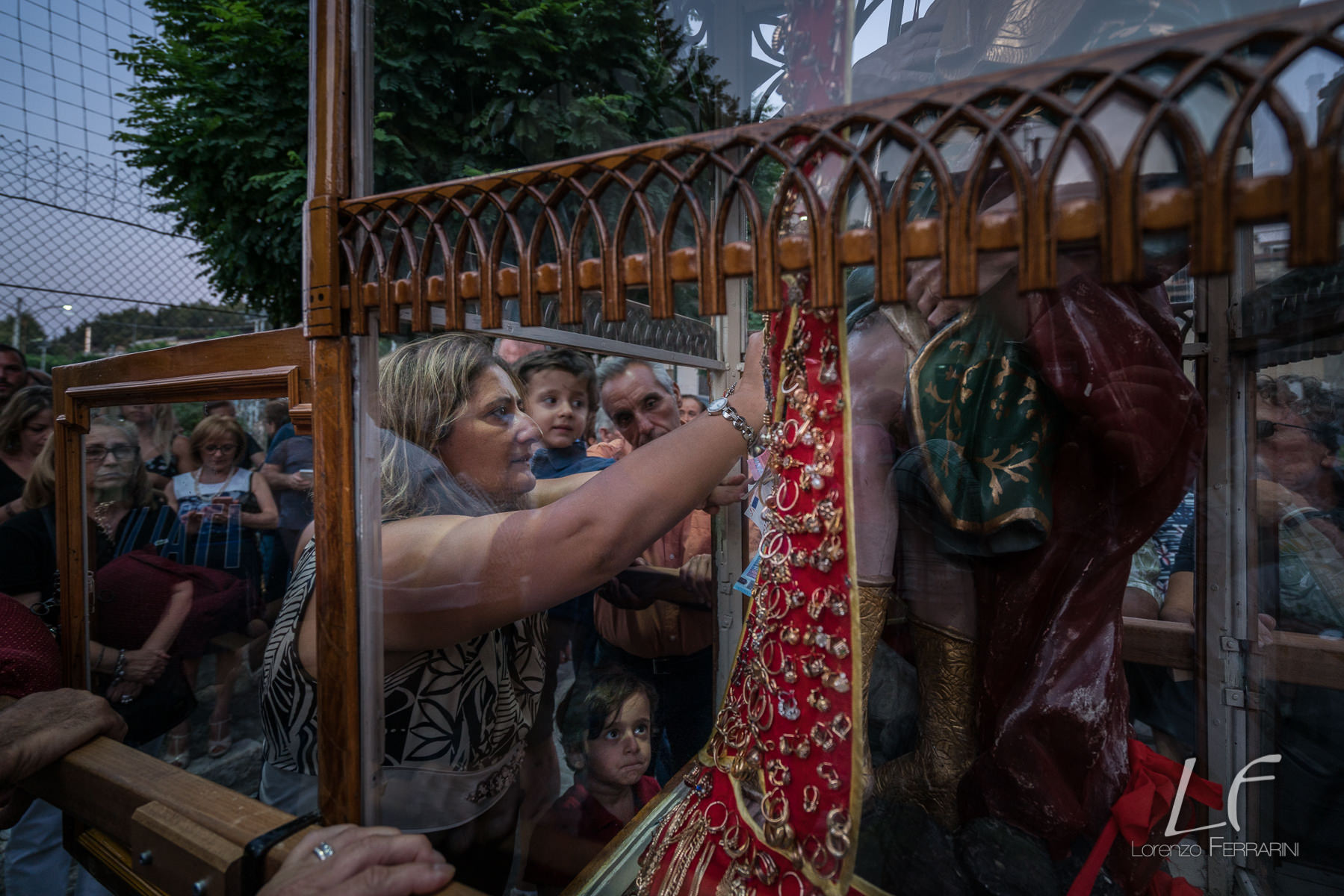 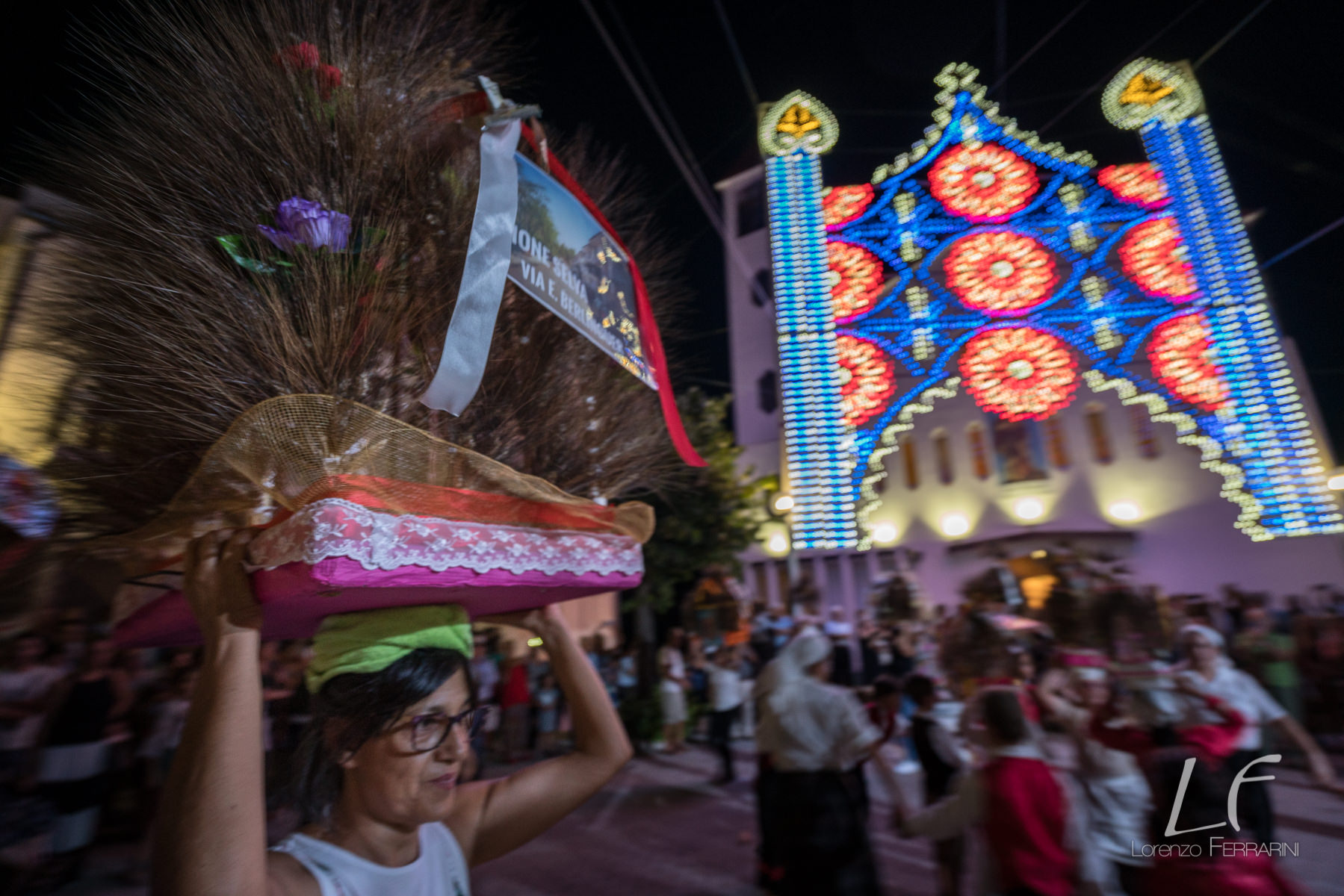 One comment on “San Rocco in San Giorgio Lucano”