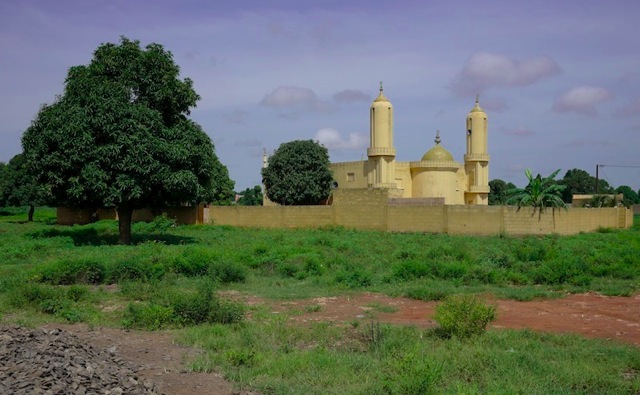 I arrived in Bobo Dioulasso from Ouagadougou on the 25th of August. Today the month of Ramadan ends and people celebrate the end of the fasting period. I quickly realised that many here declare they are muslim but are not, strictly speaking, very observant. There are in fact many different ways of being muslim in Bobo, and they seem to cohabit quite well.Some follow the strict, modernist way of Abd el-Wahab, some others rarely go to a mosque, they drink alcohol and let this monotheist religion cohabit with traditional, local cults. This morning for example I recorded the prayer from the speaker of the mosque near my house. I was impressed to see so many veiled women, nine years ago they were very rare. One can hear the sound of birds and insect from the mango tree I was sitting next to, and firecrackers being exploded by children in the distance.

On the other hand, it is pretty clear that for most this day is a good reason to celebrate, whether they are muslim or not. Women are wearing brand new clothes and wigs, men often long boubou gowns. Celebrating also means to eat in company, so as I spent the day in the neighbourhood of Bolomakoté, I was invited countless times to eat with people I don’t know. Everybody was very hospitable and kind, sharing their food with me, but refusing is no option so this also meant eating from 10 in the morning to 4pm, basically going non-stop from one place to another. There is a lot of drinking going on, as well, the fact of it being a muslim festival doesn’t seem to be relevant. Some even say there is more drinking during muslim celebrations than during christian ones. 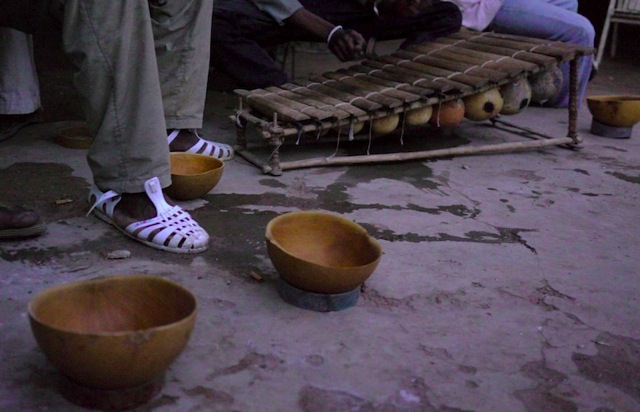 Anyway, drinking here mostly means going to the cabaret, or more properly dorobon, a place for drinking millet beer managed by women. These places in Bolomakoté used to be filled with live music, and a musical genre even took its name from cabarets. During the seventies Mahama Konaté created a mixture of Senufo and other musical traditions, gathering together different instruments. Usually the balafon is always present, but as cabarets often have an ethnic characterisation, one can also find a kind of music that is similar to that played in the villages the owners of the place originate from. Many of the songs made famous by Mahama Konaté and his group Farafina are anyway played and appreciated widely. In any case, today it was very difficult to find the balafon in Bolomakoté, many cabaret played recorded music that allows to save on the musicians’ salary. But in Sarfalao, in Mafu’s dorobon, some musicians played Bi Mògò with balafon, n’goni and percussions.