One of the main aims of my April 2015 trip to Burkina Faso is to screen my documentary Kalanda – The Knowledge of the Bush to the hunters who are its protagonists. But the trip is also an opportunity to meet again, after three years, my fellow students in donsoya. As far as the group of students of Adama Traoré is concerned, I have met two students who were initiated after me, Sa-Doto and Sa-Moussa. According to the hierarchy of the students of donsoya, they are my juniors and owe me respect. We don’t take this very seriously, though our teacher Adama sticks to this hierarchy whenever he has to reveal a medicinal recipe to one of us, following the order of initiation. 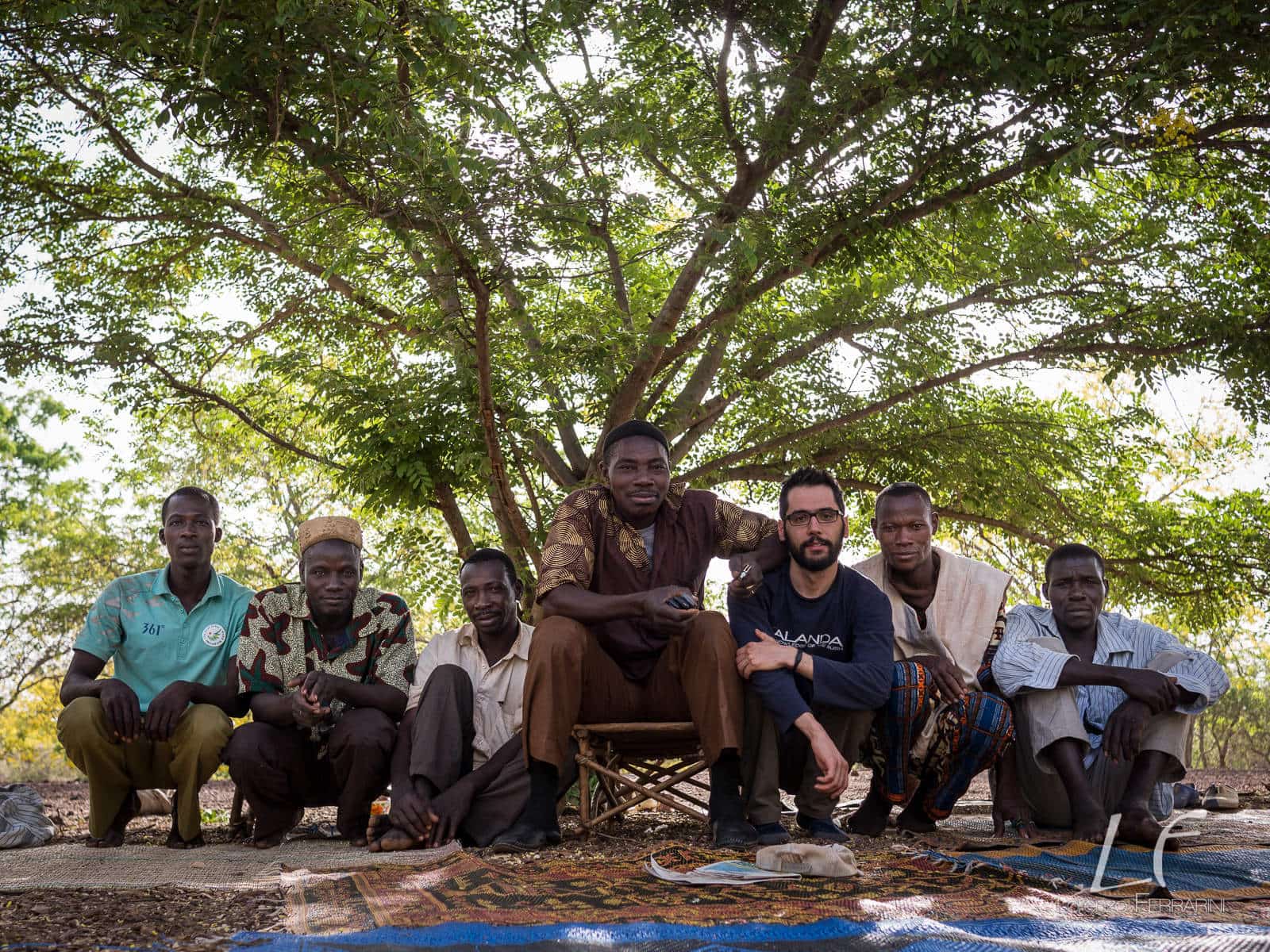 I am meeting persons I had not seen in three years, who have been extremely important for my personal growth and academic career. Even though we have regularly been in touch through phone calls, it is moving to meet my teacher again. I have brought prints of the portraits I had taken of them and copies of the film in DVD. My idea of realising a film spoken entirely in Jula shows its advantages in allowing the hunters, most of whom are illiterate and don’t speak French, to enjoy it without subtitles. 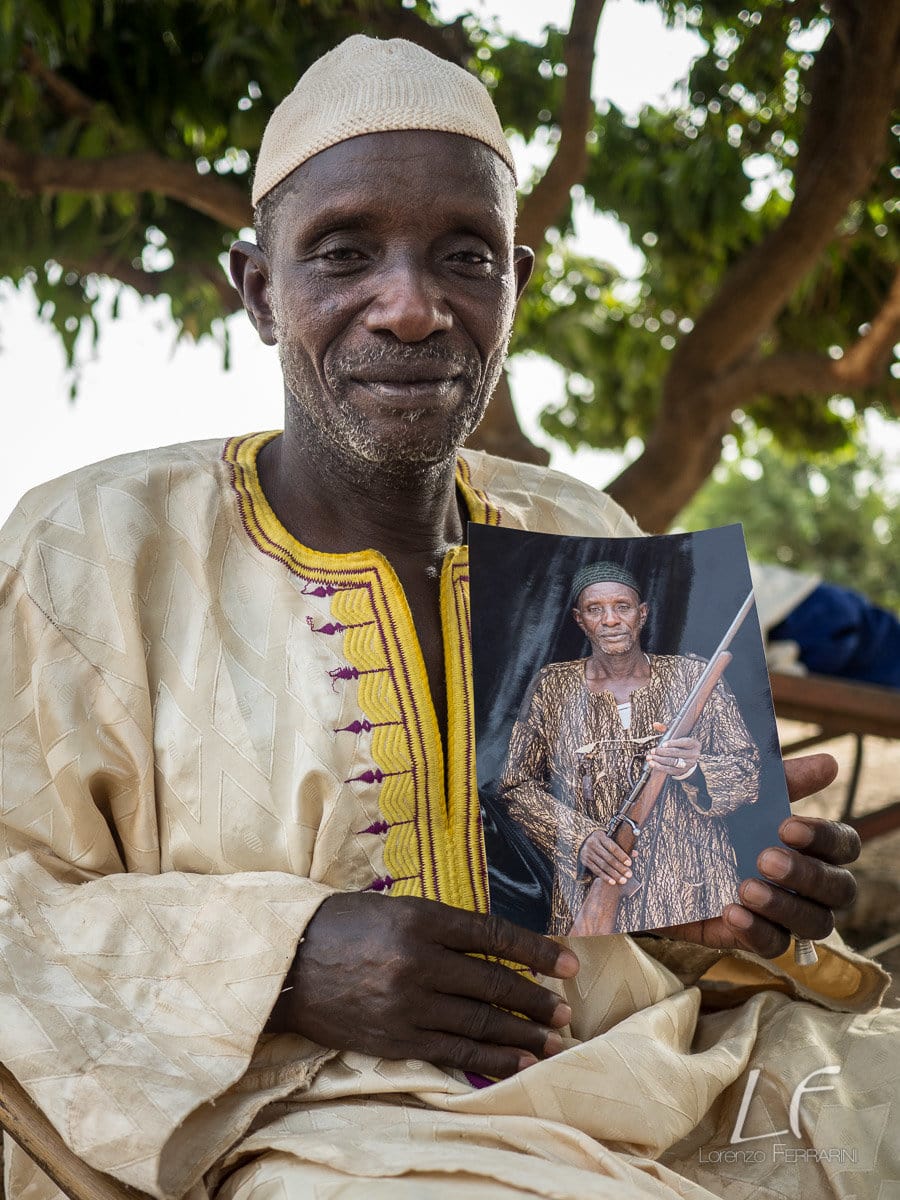 Given the lack of electricity in many of the settlements where the hunters live, I am carrying with me a small projector with an integrated battery and a portable speaker, which allow me to screen the film just about anywhere. Only a few own a television and a DVD player, so the night screening has the advantage of being accessible for more people and to allow me to gather impressions right after. 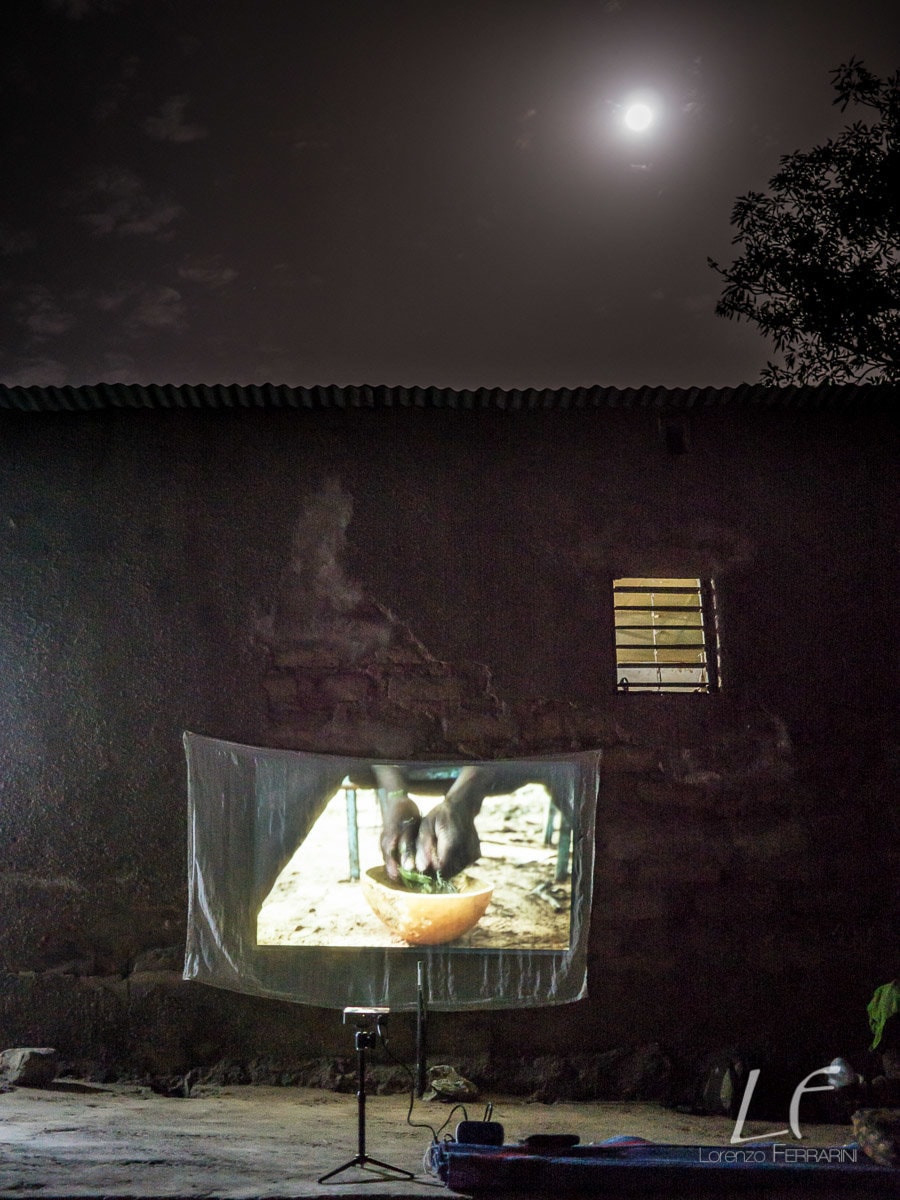 In general, everybody said they enjoyed the film. A mixed audience was always present, donso hunters and uninitiated persons, men and women. Those who participated in the filming said they were proud of the role they had in the film, especially my teacher Adama. The film, he said, will make his name and the name of donsoya known in the world. Women were very interested in the film, because it showed an aspect of hunting they do not normally have much to do with. Donsoya is men’s occupation, and they are normally excluded from it. Some said that they realised through the film how hard it is to procure meat. 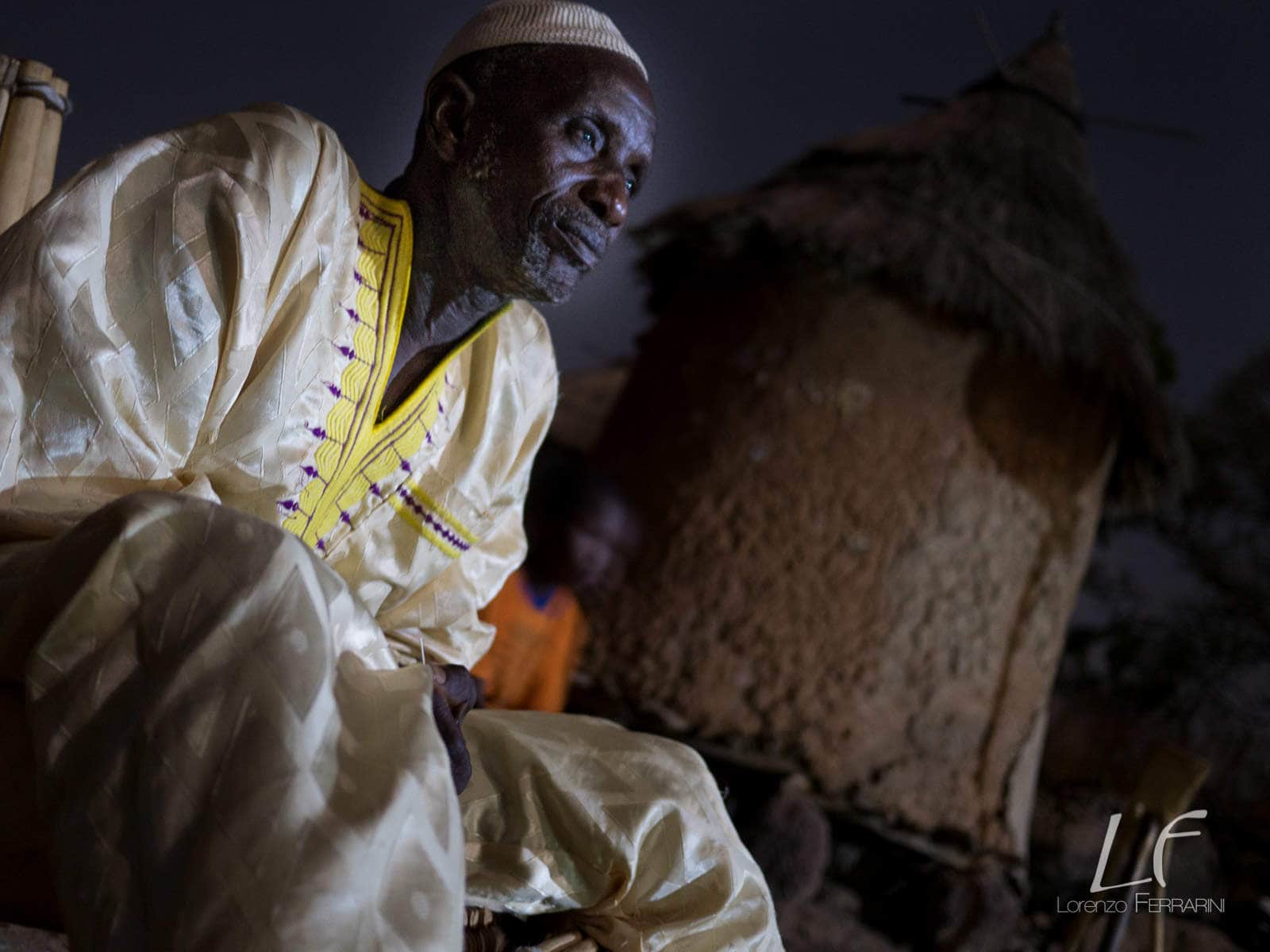 If I wanted the hunters to be among the first to see the finished film it is also because its topic, apprenticeship to an initiatory society, is delicate. While filming I had to ensure my teachers that I would not divulge any secret knowledge through the documentary. After the screening, my teacher reassured me that anyone can see the film: the audience cannot learn to perform incantations or prepare medicines from watching it. Women can watch it too, because like any uninitiated person they cannot really understand what we are talking about. 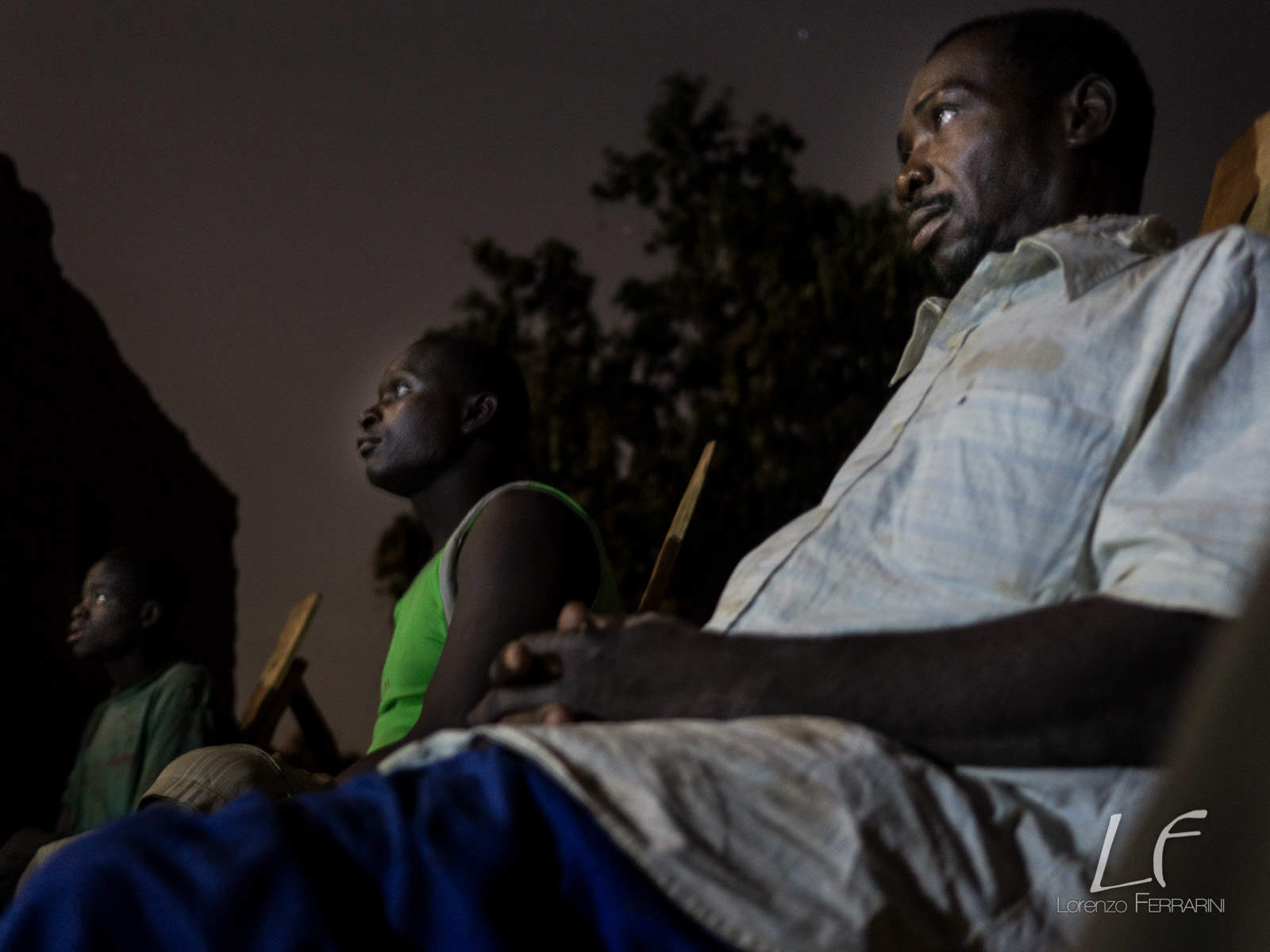 My own inclusion in the film was perfectly understood and approved. For the hunters the film was anyway very personally mine because they had been the witnesses of my learning experiences and of the ways I had represented them in a documentary. It is important, I was told, that people realise that I came from a faraway country to learn all this. 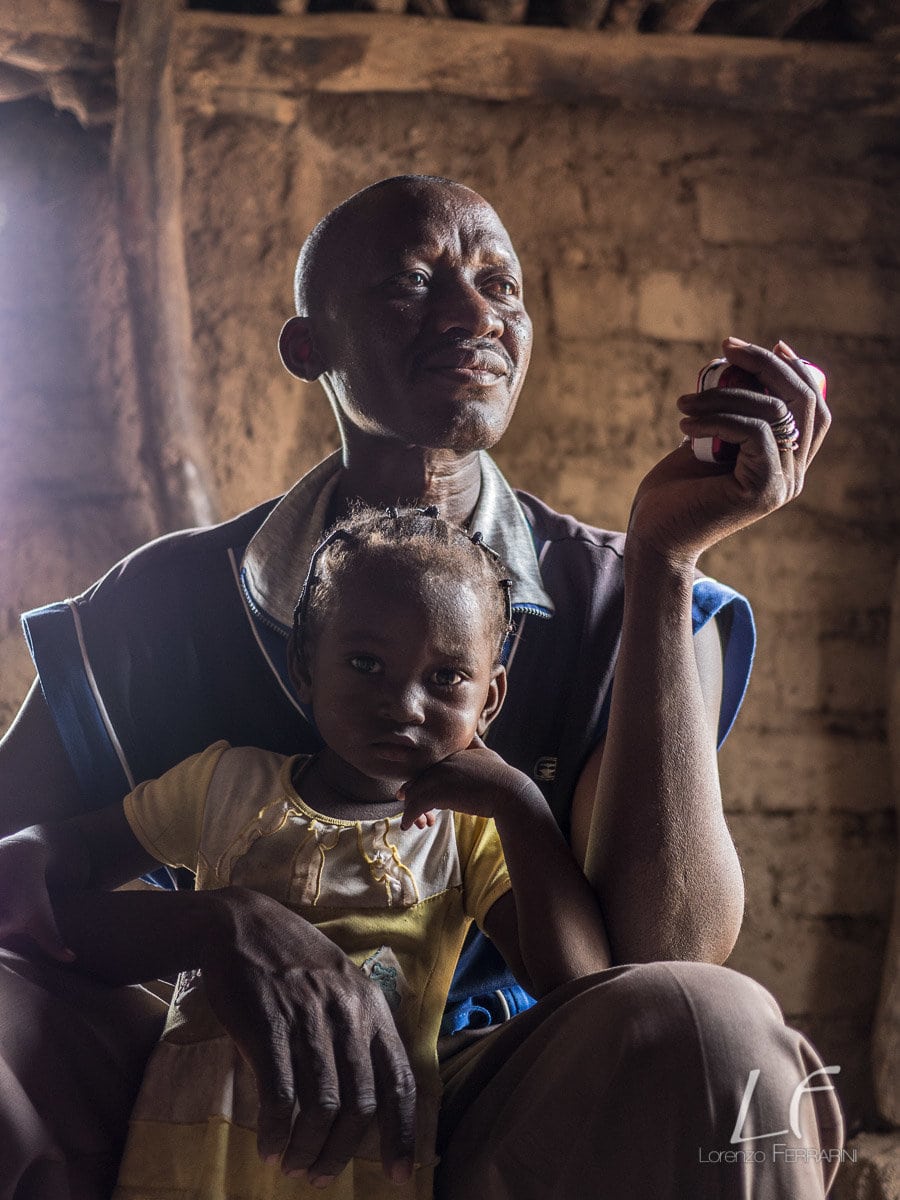 I also brought with me the recordings of the music of Diakalia Traoré and Bakari Ouattara I had made in the same period as the film. Bakari had no recordings of his own music, so I copied the files in his music player. Through memory cards and bluetooth connections they will spread from mobile phone to mobile phone.

The documentary and the music of the hunters are available on the film website.

back to news
← previous postThe Speaking Balafon next post →Donso Funeral in Karankasso
I use cookies to ensure that we give you the best experience on my website. If you continue to use this site we will assume that you are happy with it.OkPrivacy policy