Five Variations on Weather and Seasons in the Calder Valley

Living the Weather is an experimental documentary film on people’s everyday experiences of the weather and seasons in the Calder Valley, West Yorkshire. I filmed it as part of a research project funded by the Leverhulme Trust and led by Professor Jennifer Mason at the Morgan Centre for Research into Everyday Lives, Department of Sociology, University of Manchester.

The documentary presents five different ways of living different atmospheric conditions, repeating five times a structure made of two fundamental components. This is the reason I used a musical analogy in the subtitle Five Variations on Weather and Seasons in the Calder Valley. Each section is first made of static shots, accompanied by a voiceover that was prepared by the protagonists of that chapter during the research phase, creating an evocative narration lasting about 2.5 minutes. The remainder of the section is constituted by a sequence shot, with synchronous sound only, of the duration of 5 minutes. This 7.5 minutes structure is repeated five times for different subjects and different weather conditions, with just a single-shot intertitle between them.

I conceived this film as a sensuous immersion in five ways of interacting with weather environments, with a stress on how different activities or stances produce different experiences of an atmospheric event. In coherence with the overall approach of the Living the Weather project, I contrast this with an approach that only looks at weather as an external force affecting our existence. The film has a double nature: on the one hand it is observational – or perhaps better hyper-observational, given the more-than-realistic use of ultra-wide angle lens and gimbal stabiliser – with its sequence shots. The succession of static shots with voiceover, on the other hand, is meant to reveal the collaborative process behind the film and make it more of an interactive enterprise between the filmmaker and the subjects. I believe both components are forms of sensory ethnography, in different ways contributing to a visual anthropology of everyday weather experiences .

You can also read about the making of the film in my blog or watch the alternative version that I prepared for the project on the University of Manchester website. 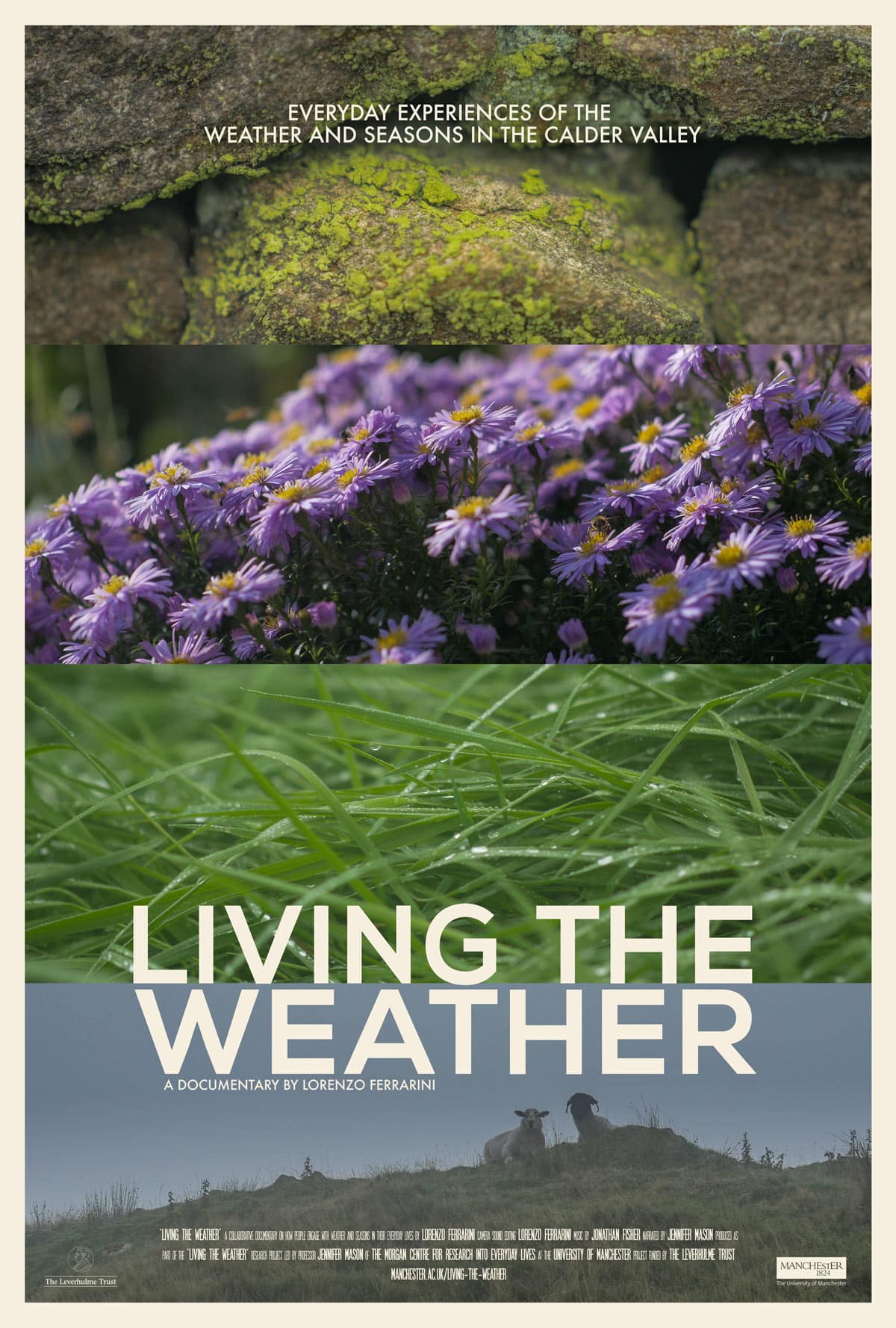 Back to Portfolio
Sonic Ethnography
Kalanda
I use cookies to ensure that we give you the best experience on my website. If you continue to use this site we will assume that you are happy with it.OkPrivacy policy